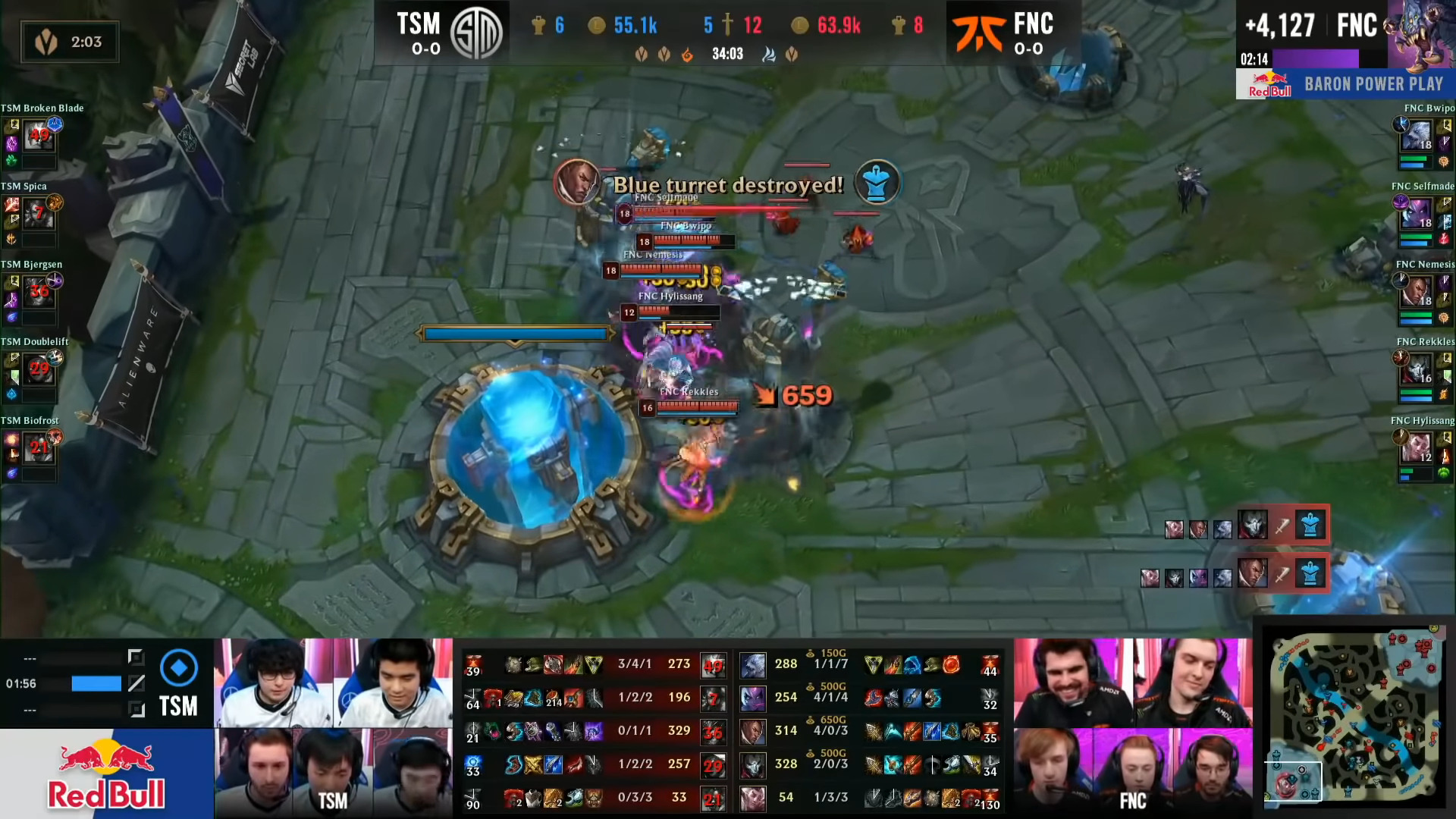 With an eSports that has a ton of games to be played, it’s surprising that we’ve come this far, and yet Fnatic and Team SoloMid have not faced each other until today. The two League of Legends organizations battles out for the 2020 World Championship. A lesson for North American teams, maybe ban Evelynn?

The first day of Worlds was met with lopsided games, but this one was different. The two highly-regarded teams displayed how a game in this annual event should be played. Right from the get-go, the players engaged in quality skirmishes, laning 1v1s, and macro kills.

Fnatic’s strategy during the draft phase was to set up for their comfort champions. The mid lane combo of Lucian and Evelynn showed its strength at the hands of the European players. Hylissang’s hyper Rakan and Rekkles’ almost patented Jhin were a recipe for disaster to whoever’s on the opposing side.

The TSM boys did not fall too far behind in their picks. Broken Blade drafted Camille, a hero that he piloted to a 100% win rate in the LCS playoffs. Bjergsen was on his comfort hero, too, with Syndra. The team’s AD carry Doublelift shocked everyone with his Senna. The bot laner has a history of poor performance in the critical stages of the game at his hands.

The match’s first blood went in favor of Fnatic after Rekkles fell with some level one tactics. The first ten minutes looked dire for the NA team as Doublelift’s bottom lane was obviously a sore spot for TSM. But Bjergsen’s experience came to play as he carried his teammates to bring them back to almost even with Fnatic.

Selfmade’s Evelynn bullied the entire map as the champion stroll around, abusing the assassin’s stealth ability and vision. TSM became aware of every possible gank, and the game separated itself from the skirmish fest the fans were anticipating. The two teams played touch and go on the major objectives to see if their opponent are willing to engage. Fnatic’s sneaky Baron kill turned the game sour for TSM fans, as the EU teams held tight to their late-game advantage and never let go.

Fnatic’s Bwipo then teleported to three TSM players, killed them, and he took the inhibitors. The first close game of the Worlds gave Fnatic a 1-0 record in their record. The MVP of the match went to Selfmade with his Evelynn plays. Though now sporting 0-1 statistics, competing teams should be aware of Team SoloMid’s deadly players.

Nov 28, 2020 Chris Miller 12320
Here's a bit more Counter-Strike: Global Offensive drama, as if the scene hasn't been steadily imploding since the beginning of the pandemic with...

Oct 6, 2020 Richard Sebastian 5300
Early on, Gen.G was favored to win the entire 2020 League of Legends World Championship, but that was before they faced Fnatic. During the group...