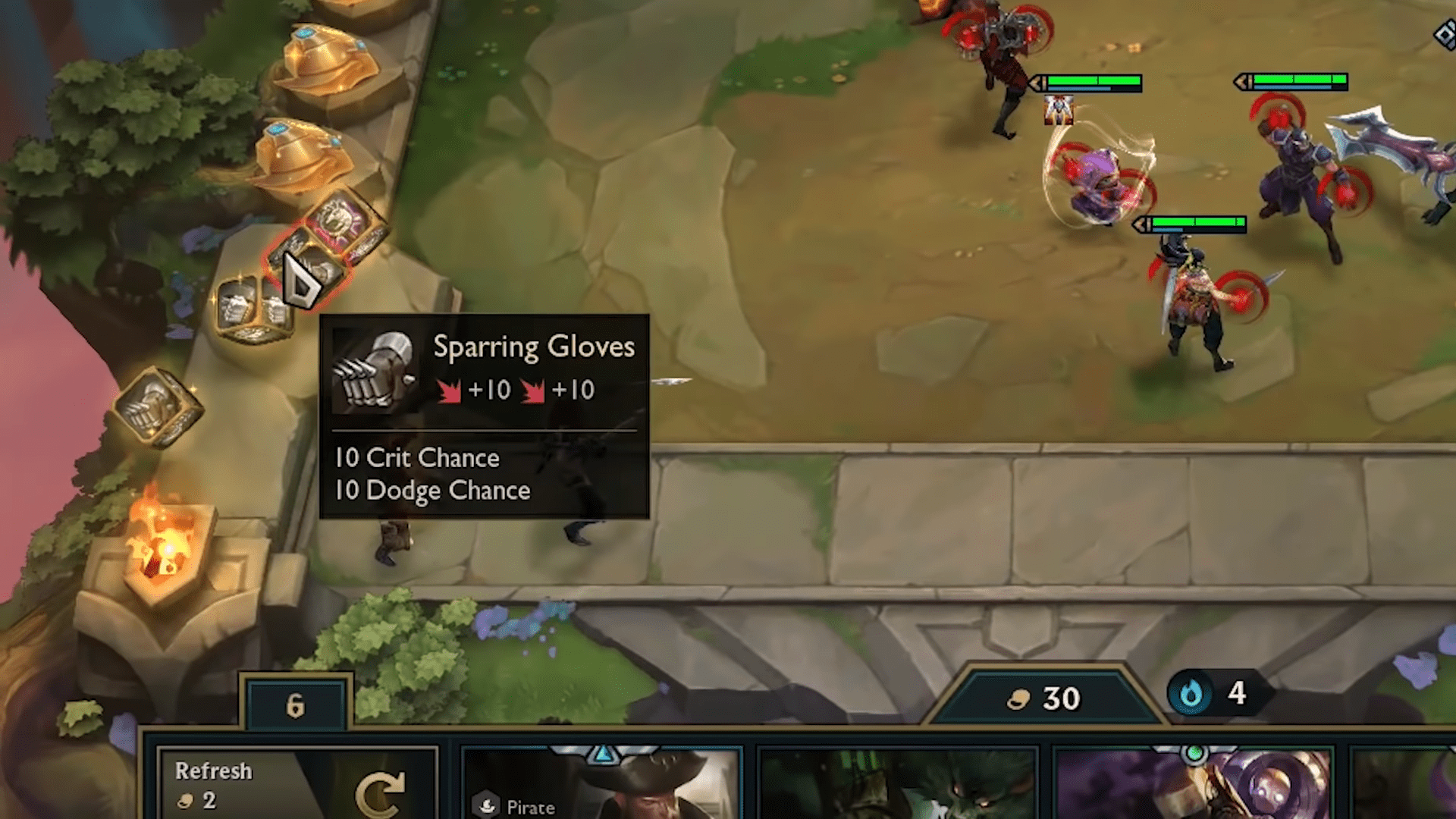 It’s been almost three months since Riot Games first introduced their newest game mode to League of Legends, and since then Teamfight Tactics has been through a rollercoaster of updates.

From initial and continued balance fixes to whittling down bugs, adding new traits, and introducing ranked play – League of Legends recently announced that TFT is here to stay, and that means the updates will keep coming.

The latest big news for the popular auto-battler game mode comes in the form of champion and item additions.

Pantheon will be the next champ added to the TFT line-up. He’ll hit the arena as a five gold Dragon / Guardian, which makes him a great way to boost defensive team stats while still dishing out plenty of damage with his ability, Grand Starfall.

Currently, there are two Dragons – Aurelion Sol and Shyvana – and two Guardians – Leona and Braum. The traits will be adjusted slightly to compensate for the new addition while still requiring at least two champions on the board to activate; however, Pantheon will now be an option to fulfill either role.

Pantheon has been added into Teamfight Tactics as of the recent release with Patch 9.17.

TFT is also receiving some serious item additions and changes in Patch 9.19 – changed from Patch 9.18. The newest component is called Sparring Gloves. According to a TFT update from Riot, “These gloves combine with all existing item components to make eight new items and a reworked Infinity Edge.”

TFT – Patch 9.18 has a LOT of big changes coming that we will be talking about over the next week. Here's the first! A new item component and with it, a bunch of new items and adjustments!https://t.co/uiKUnVFEUE pic.twitter.com/f8kamJpd2t

So, here’s the rundown:

Sparring Gloves + Sparring Gloves will grant Thief’s Gloves. With this item, the champion holding it cannot wield any other items before or after placement. At the start of every round, the champion wearing it will fill the two remaining item slots with randomized items.

Sparring Gloves + Tear of the Goddess will grant Hand of Justice. This item offers a toss-up – by either increasing damage dealt by 40% or giving the wearer 40 life on hit, which will vary per individual round.

Sparring Gloves + Negatron Cloak will grant Quicksilver. This gives the wearer the ability to completely dodge any type of CC, which then restarts again after five seconds (aka the ultimate counter to Blitzcrank if appropriately placed).

Sparring Gloves + Giant’s Belt will grant Backhand, which will give the wearer a Sivir-Esque spell shield that then temporarily stun the unit that activates it.

Sparring Gloves + Chain Vest will grant Iceborn Gauntlet, which will create an area that slows attack speed – though the description for it notes that not only does it expand, but the spread radius sounds like it could be pretty scary.

Sparring Gloves + Recurve Bow will grant Repeating Crossbow, which, as the name suggests, allows the wearer to “repeat” the item by handing it over to an allied unit whenever the current wearer dies. This gives a 20% attack speed and crit buff, which will continue to stack the more it gets passed around.

Sparring Gloves + Golden Spatula grants Mittens, which not only gives the wearer 10% crit chance – but it also transforms the wearer into a Yordle, so it allows 10% dodge chance too.

With the change to Infinity Edge’s build path, double BF Sword now gives a new item called Lord’s Edge, which provides the wearer with a BF sword for the rest of a round if they get a takedown but can’t be paired with other items.

Sword of the Divine was also taken out and replaced with Last Whisper when combining BF Sword and Recurve Bow. Working as a nice counter to Yordles, not only does Last Whisper grant true damage, but it also stole the unmissable attacking passive from Rapid Firecannon.

Overall, these changes should make a considerable impact on Teamfight Tactics gameplay. From a new champion to plenty of items to play around with, finding what’s reliable and works best with different champions and team compositions will be a refreshing experience for TFT players.

Homeworld Mobile Has Been Announced At PAX, You Can Now Take The Epic Space Battles With You No Matter Where You Go

Dec 11, 2019 Giorgio Delgado 4880
Riot Games released the last patch for Teamfight Tactics of the year. The patch has significant quality of life updates to the Interface for the...

Nov 10, 2019 Giorgio Delgado 11190
The season 2 TFT set has been recently released on the live servers by the developers, Riot Games. As the meta takes time to settle in, pro...

Aug 31, 2019 Audrey Schottelkorb 20580
When Riot Games added auto-battler game mode, Teamfight Tactics, to League of Legends a few months ago, it came with a bunch of new...