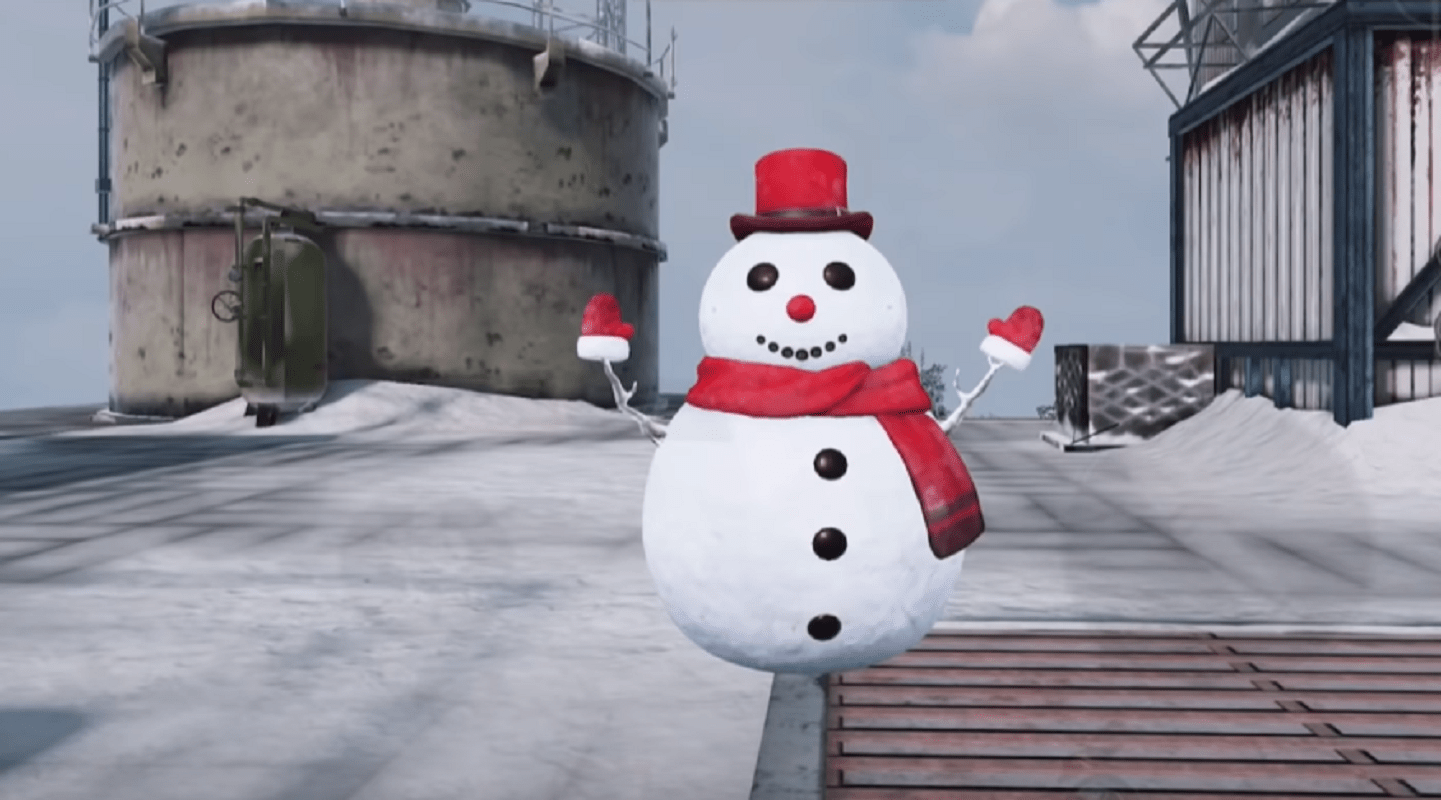 Sometimes a snowman isn’t a snowman. It’s a gamer that has transformed into one, ready to pounce of an unexpecting player. That is precisely what a Call of Duty: Mobile gamer did, and it’s hilarious.

The Reddit user named 10daysfromnow posted on the Creative Call of Duty: Mobile subreddit a video of him using a holiday staple as a murderous disguise.

Here is the video:

The video starts with him running low on ammo and running away from an enemy. He gets into a clearing and transforms his character into a snowman using the Snowman emote.

The rest is brilliant. An enemy comes right into the clearing where he sits as a snowman and the player doesn’t even notice him!

The enemy player turns their back right to 10daysfromnow, looking for opposing gamers to gun down. However, that gamer doesn’t realize that the snowman is not the kind that they’ve seen in dozens of Christmas movies. It’s a Call of Duty: Mobile player that has only two things on their mind, killing and earning XP.

10daysfromnow transforms back into the human character, switches weapons to his pistol, and blasts the enemy player.

This play was so impressive that Activision featured it as this week’s holiday-themed clip of the week. For 10daysfromnow’s ultimate trap, he has been awarded a custom flair as well as a custom role on the official Call of Duty: Mobile Discord channel.

So, how did he become a snowman? As many Call of Duty: Mobile gamers know, the Season 2 Battle pass has a bunch of great in-game rewards to unlock. There are 100 Tiers to work through, and if a player reaches the 80th Tier, they will receive the Snowman Emote.

However, players (besides the victim in this video) have become relatively wise to the emote. For every fantastic feat like the one in this video, there are dozens of gamers that have tried this, only to die in a snowy, bloody mess.

Call of Duty: Mobile has been supplying gamers with an endless amount of fun and good times since it’s launch in October. It has steadily been evolving throughout the last few months by adding great game modes, controller support, and holiday-themed events.

There are around ten events that players will be able to enjoy either right now or in the next few days, which will supply ample opportunity for gamers to earn XP, working towards unlocking the Snowman Emote themselves!