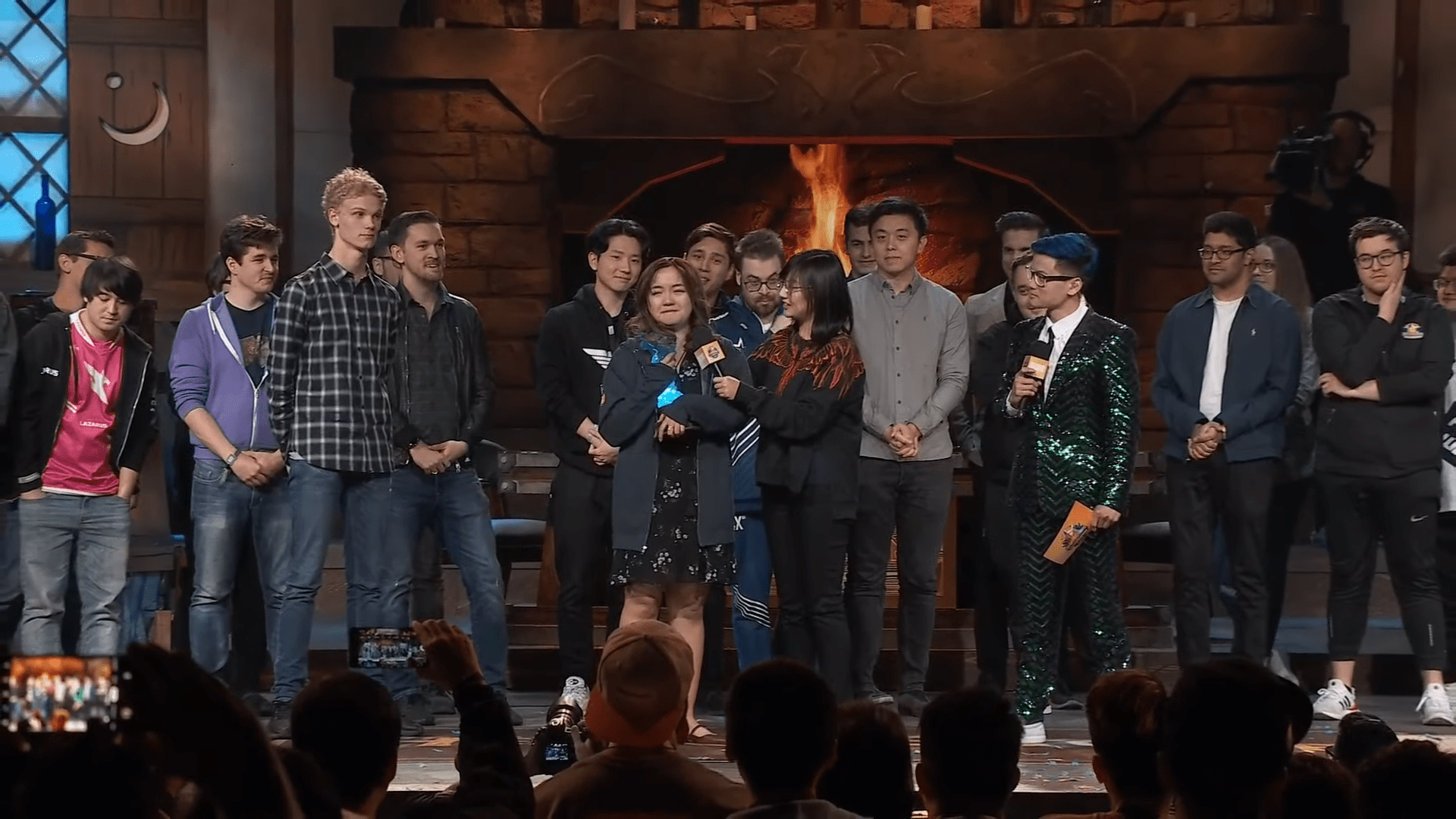 For the first time in Hearthstone history, a female player became the Hearthstone Global Champion!

VKLiooon made history during the qualifying stage, becoming the first female player to qualify for the Hearthstone Global Finals. She won the Gold Open Tianjin Master Group Season 1 Playoffs and had ten incredible victories in the lead-up to the final at Blizzcon. She went unbeaten during the tournament before clean sweeping the finals against her opponent, US player Brian ‘bloodyface’ Eason of Lazarus Esports.

Bloodyface started the series with his quest shaman deck. But VKLiooon had the perfect response in Malygos druid. Bloodyface then swapped to his Quest Druid, but VKLioon again had an excellent response with her Highlander hunter deck. The highlander hunter deck has been seen to be quite weak by the Western pro players and casters, but the Asian region considered it to be top tier and refined it to be able to counter meta decks.

Even though she has not been familiar in the West due to not being in the Grandmaster program, she will most likely gain a lot of popularity following this win. She was very emotional during her interview, remembering the words of some players during her rise up to the pro ranks.

‘A male player told me I was in the wrong que because this isn’t for me,’ she recalled what was told a few years ago. When asked what it meant to be the first female player to win Hearthstone’s highest prize, she replied, ‘I want to say for all the girls out there who have a dream, […] believe in yourself and go for it!’

This is not the first time a female player attempted to qualify for Hearthstone’s Grand Finals. Some more notable female players who have tried to qualify, but failed were Jia, BaiZe, GlHuiHui, Pathra, Alliestraza.

With the growing e-sport industry becoming more widely accepted and profitable, it attracts more dedicated players from both genders who have a big desire to compete and show the world who is the best.

In League of Legends, an all pro-female team was formed in the Russian League this year, but they were not successful. It is a joy to see that in Hearthstone, a game of many talents, different people, and diverse nations, a female player claimed the Championship by pure skill.

Her victory overjoys the community, who are waiting for her next tournament appearance.