Even though Naughty Dog seemingly ended Nathan Drake’s story in 2016’s Uncharted 4: A Thief’s End, it appears that the series will continue, but it will be developed by a new studio.

According to a recent Reddit leak which featured a ton of new information regarding the PlayStation 5, the fifth main installment of Uncharted will be released on the PS5 in 2021, but instead of being developed by Naughty Dog, who released four main games — Drake’s Fortune, Among Thieves, Drake’s Deception, and A Thief’s End — and one side story — The Lost Legacy — the next game is going to be developed by a new, unnamed Sony-owned studio.

There’s only been one game in the Uncharted series that hasn’t been developed by Naughty Dog — The Golden Abyss — which was a PS Vita release developed by Sony Bend, the developers behind 2019’s survival-horror open-world title Days Gone.

Recently Nolan North, who is the voice actor for Nathan Drake, said on Twitter that he’s “ready to break out” his climbing gear for a fifth game. Of course, the game is probably already in development if Sony wants it to meet the rumored 2021 release date window.

Ready to break out my climbing gear! https://t.co/BT3K7s8WOG

Below is a full list of games that are rumored to be released for the PlayStation 5 within its first couple of years.

Since it hasn’t been announced yet, it’s unclear if the unnamed Sony-owned studio will continue with Nathan Drake as the series’ main protagonist, or if they’ll shift over to his daughter — Cassie Drake — who was introduced during Uncharted 4’s epilogue.

Another possibility for Uncharted 5 is a Victor “Sully” Sullivan and Sam Drake pairing, as Nathan and Elena seemingly retired from treasure hunting at the end of the last game, while Sully and Sam seemed interested in continuing their adventurous lifestyle.

Of course, Naughty Dog experimented with a different lead character in The Lost Legacy as Chloe Frazer was the game’s main protagonist, so the new unnamed studio could do a sequel to the 2017 title, although that seems highly unlikely.

Current rumors suggest that Sony will reveal the PlayStation 5 on February 5, and if that ends up being the case, then they could announce a few upcoming games for it, and being that it’s one of the company’s most popular titles, one of the game reveals could be Uncharted 5. Feb 16, 2020 Aaron Hans 12350
Tom Holland, who is playing the role of Nathan Drake in the Uncharted movie, said in a recent interview that the script for the video game's movie... 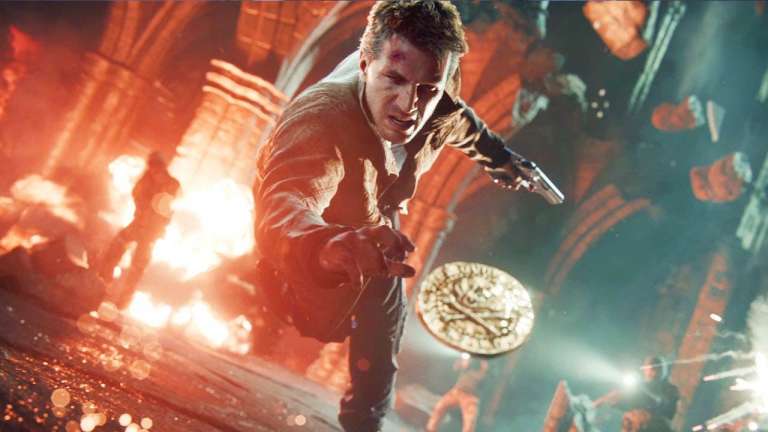 Feb 16, 2020 Aaron Hans 14350
Tom Holland, who is playing the role of Nathan Drake in the Uncharted movie adaptation, thinks that the movie based on Naughty Dog's third-person...