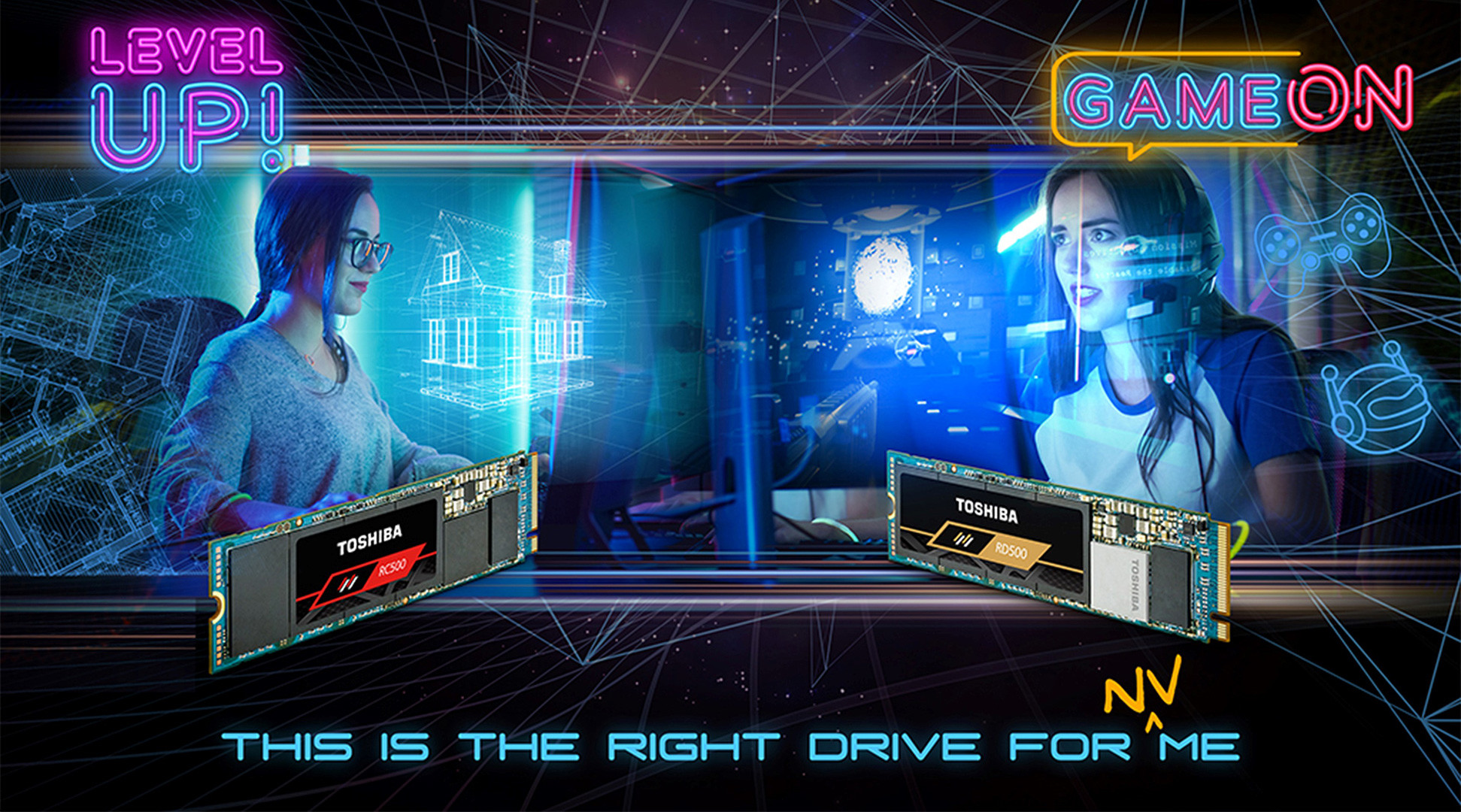 Toshiba Memory Europe GmbH has announced two new gaming-grade M.2 NVMe SSDs, the Toshiba RD500, and RC500. The two are high-performance SSDs tailored for high-end gaming rigs, PC builders and those looking for upgrades of their existing systems. The Toshiba RD500 is available in 500GB, 1TB, and 2TB while the RC500 comes in 250GB, 500GB and 1TB.

“With the introduction of the new NVMe / PCIe SSD, RD500 and RC500 series, we have created a dedicated range for gaming enthusiasts and conventional players. This will allow them to improve the speed and performance of their systems to have a better gaming experience,” said Paul Rowan, VP Toshiba Memory Europe GmbH.

One great thing about these new SSDs from Toshiba is their versatility. The compact M.2 2280 form factor (22 × 80 mm) makes it compatible with both desktops and laptops. They also have a next-generation PCIe interfaces, which guarantee shorter storage latency compared to SATA SSDs.

With SLC cache onboard, the Toshiba RC500 and RD500 NVMe PCIe 3.0 Gen3x4 M.2 SSDs boast the 96-layer TLC (triple-level cell) BiCS FLASH 3D memory technology. The duo also supports NVMe 1.3c interface specifications. Even though the company didn’t reveal the exact controllers used, one has a four-channel controller while another comes with an eight-channel controller, and this explains the difference in speeds.

The RD500 Series will feature an eight-channel controller which fully exploits the potential of BiCS FLASH technology. It has a sequential reading speed of up to 3400MB/s and sequential write speed up to 3200MB/s. As for Input/output operations per second (IOPS), the RD500 achieves up to 685,000 for random read and 625,000 random write speed.

The Toshiba RD500 and RC500 will hit the major stores in the 4th Quarter of 2019 and will be under the brand name Toshiba. This is unlike the predecessor, the RD400 Series which came under OCZ, a subsidiary of Toshiba. The company announced last month that it would be renaming its flash memory business to Kioxia from October 1.

Unfortunately, there is no information regarding the pricing of the two new Toshiba SSDs. But the RD500 will come with a five years warranty while the RC500 will have a three years warranty.

Nov 28, 2020 Chris Miller 10370
NZXT is under fire from some PC enthusiasts for having a possible fire hazard in the NZXT H1 Case model, affected both black and white models; sales...