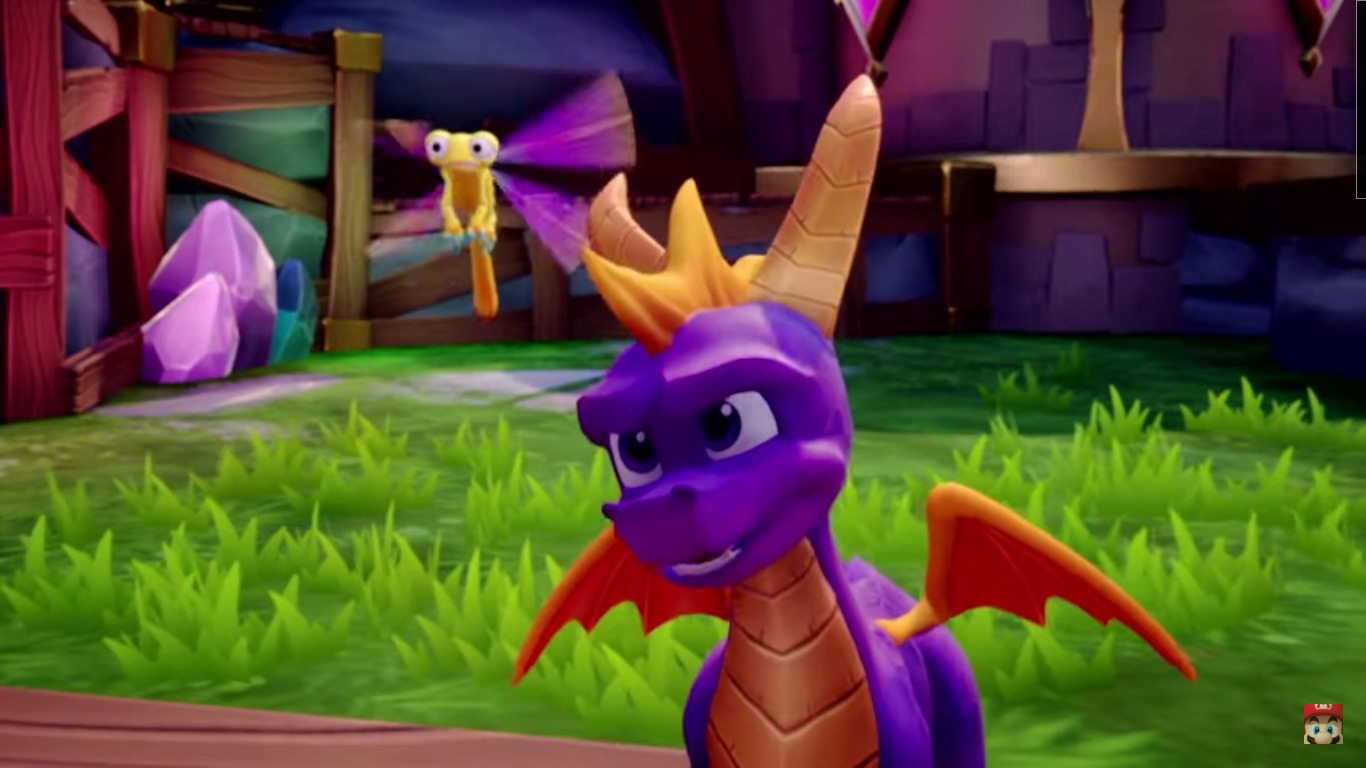 The epic remastering of three nostalgic classics is coming to the Nintendo Switch. The trilogy has already been made available by Toys For Bob on the Xbox One and the PlayStation 4. Whether you played the games or not, just about everyone can recall the little purpled dragon by the name of Spyro. Spyro first captured so many adventurous hearts back in 1998 when developers over at Insomniac Games released the original game titled: Spyro the Dragon.

The game was released on the PlayStation and followed our little purple hero and his trusted sidekick, a dragonfly called Sparx on a journey through the Dragon Kingdom. Players had to help Spyro and Sparx defeat the game’s antagonist, Gnasty Gnore. A villain who has taken over the five dragon homeworlds.

Following the release and response to the first Spyro game, Spyro 2: Ripto’s Rage! Was released in 1999. This game features a lot of different characters compared to the first game, along with a new antagonist. The warlock: Ripto. Sparx the dragonfly is still around and assists Spyro in gathering gems.

The third installment of the Spyro trilogy came in the year 2000 and is titled Spyro: Year of the Dragon. This installment had some very exciting new changes and added a few treats, like Sparx the dragonfly becoming a playable character on certain levels. The third game features a few of the same characters from Spyro 2: Ripto’s Rage and starts off with Spyro celebrating the year of the dragon.

During the celebration, baby dragon eggs are stolen following an invasion by an evil sorceress. Players go through the thrilling journey with Spyro to defeat the sorceress and return the baby dragon eggs.

The release of the Spyro trilogy transported many people to a different time in their lives when the little purple dragon first captured their attention and hearts. Someone who’s played any of the original games will find themselves in familiar territory and the overall controls and dialogue remain just about the same as it was in the 90s.

If you haven’t played the Spyro Reignited Trilogy on any of the other platforms it’s available on, take note that the game’s graphics have received some serious touch-ups. The games will have less blurry texture and more detail, bringing them a little bit more up-to-date.

Spyro Reignited Trilogy is finally making its way to the Nintendo Switch after over a year of rumors and will be making its appearance on September 3, 2019.