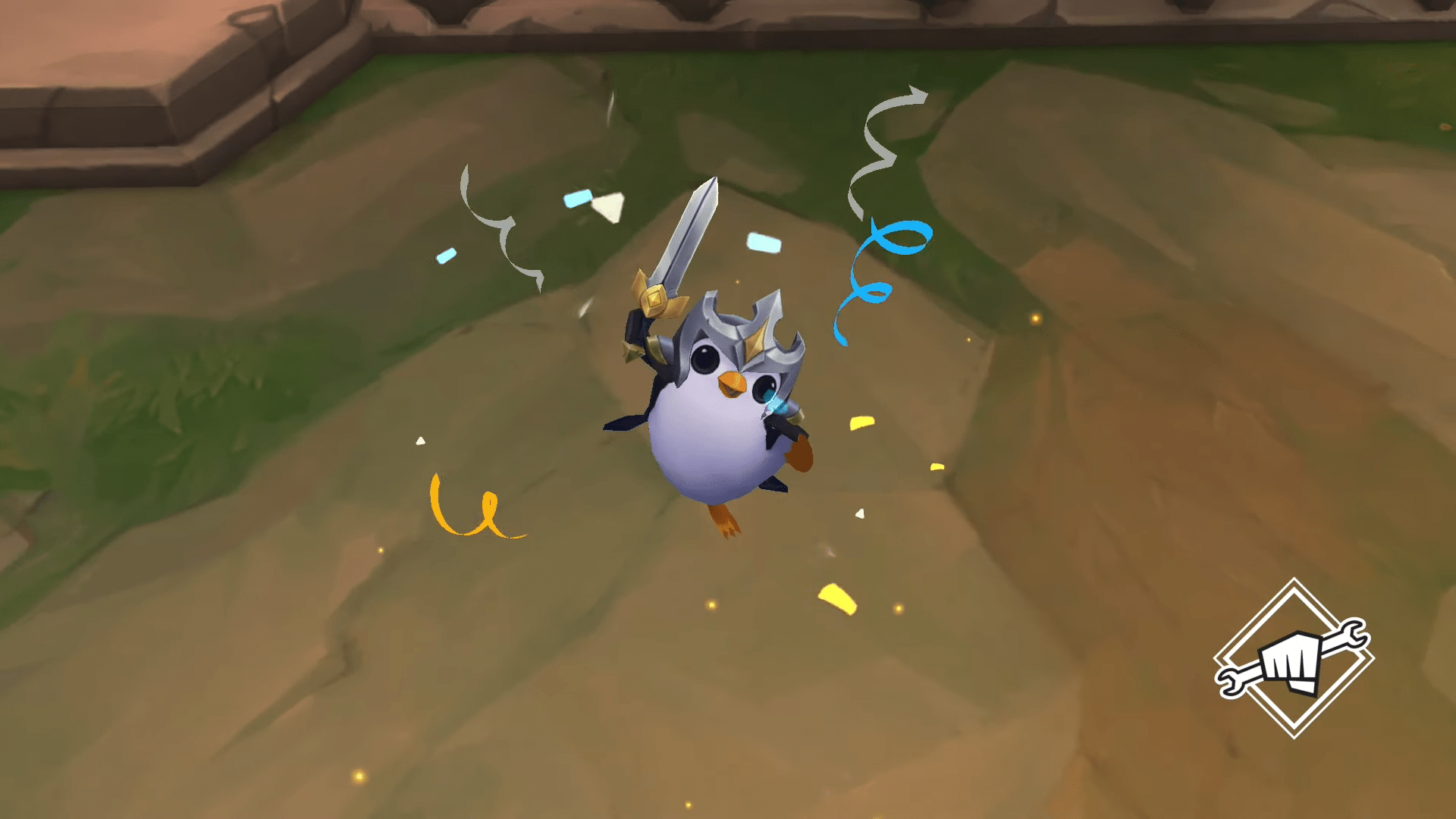 League of Legends newest game mode, Teamfight Tactics, went live on the PBE testing servers a week ago, and in that time thousands of players have flocked to try it out.

As of right now, wait times to get on the PBE client are easily between twelve and twenty-four hours during the day. This is all in anticipation for the upcoming update that will bring TFT to the live servers.

In addition to the game itself, Teamfight Tactics will be launching with a few exciting additions for players to enjoy.

The main accessory coming with TFT is Little Legends – adorable creatures who represent players while playing in the arena. According to Riot Games, “They’re a highly-expressive and diverse bunch that’ll function as your avatar in Teamfight Tactics and cheer you on in ARAMS. TFT is a highly social game, and Little Legends are at the center of every interaction you have with other players.”

Each Little Legend has its own design and attitude and interacts in-game accordingly. In TFT, they can be moved around the arena map while setting up champion compositions and fighting, as well as during special rounds where players guide them to select champion picks.

The base versions of each Little Legend can be unlocked for 750 RP each, which includes an icon to match the type of LL purchased.

League of Legends put a lot of thought into Little Legends by introducing not just the base models, but also ways to upgrade them and unlock rare variations.

Every type of Little Legend also has six other versions of itself, which copy the same model but have a different aesthetic. It works just like skins for champions; however, Riot has termed them “variants” and players can’t directly purchase them.

Instead, variants can be unlocked through Rare Eggs, which have been divided into two series so that players have a better chance of getting variants for their preferred Little Legend.

Unlike when purchasing skins, players don’t need to have the original version of the Little Legend unlocked to get a variant of them. Additionally, some variants have higher rarity than others, adding even more excitement to opening an egg.

Just like champions in Teamfight Tactics, Little Legends can also be upgraded.

When a player unlocks a duplicate version of a variant, instead of being useless, the variant will level up. This can happen up to two times and each time will upgrade the Little Legend’s appearance; however, players can still use every version they’ve already unlocked.

Little Legends aren’t the only aesthetically pleasing addition coming out with Teamfight Tactics, though.

In an effort to make the game mode even more customizable, Riot Games is also looking to make the arena that players battle in more colorful.

To start out, players can unlock several different skins for the map that have been inspired by the League of Legends universe. These skins will affect each individual player’s battlefield and can be selected, alongside a Little Legend, before the game starts.

According to Riot, they aim to continue releasing fresh content to Teamfight Tactics as time goes on, with the hope to expand Little Legends and Arena skins, among other things in the future.

To kick things off, though, the game mode is well-detailed and has been highly praised so far on the PBE for both aesthetically pleasing designs and addictive gameplay.

Teamfight Tactics will hit the live servers sometime this week during the next League of Legends patch, and it will be exciting to see how the community receives it.