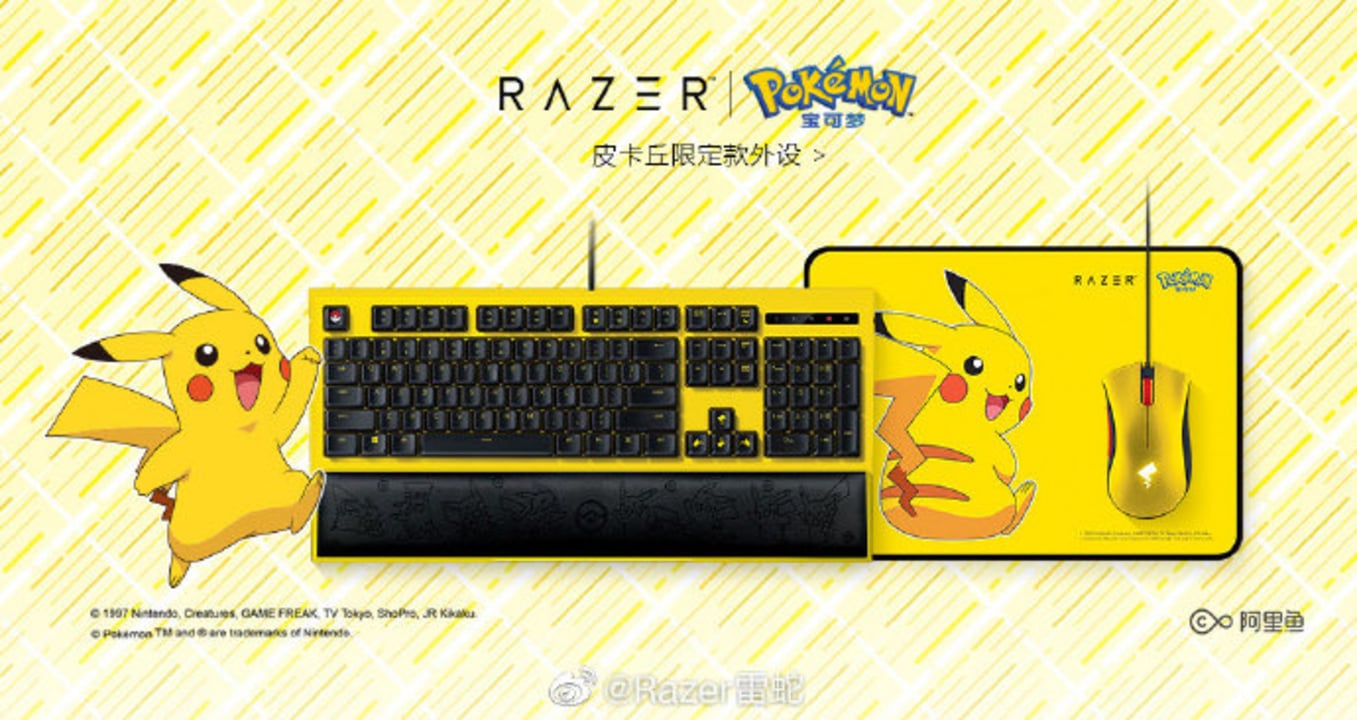 Razer is making some enemies right now after unveiling a Pokemon-themed PC gear that would be the envy of many. The only problem, however, is that it is not available anywhere else.

The company partnered with The Pokemon Company to release themed gear that includes a keyboard, mouse, and mousepad. But it is not any ordinary gear since it pays tribute to one of the most successful games around.

All the gear is designed for gaming. You have the gaming mouse and the gaming keyboard, which would have enhanced the gaming experience. If you have a Pokemon emulator on your PC, then these are the perfect accessories for you. Here is a short video on how you can use an emulator to play the Nintendo game on your desktop.

The keyboard is basically a Razer Ornata Membrane, with a splash of bright yellow. Even without the Pokemon design, the Ornata is already one of the best keyboards in 2019. It utilizes mechanical switches and rubber domes that promise speed, tactile experience, and comfort. The actuation is described as mid-height, which is the ideal level for any gaming keyboard.

The Pikachu keyboard also has a long black mat that serves an armrest. If you look closer, you will see the etchings of the beloved monster on the black panel. The escape key is adorned with the iconic Pokemon ball, while the arrow keys are designed with Pikachu’s distinctive tail.

The Pikachu gaming mouse mat is a Razer Goliathus, which is billed as a soft mat built for hardcore gamers. The mat features micro-textures weaved on the surface, which gives the perfect friction for accuracy. But the micro-textures are still soft enough that they would not scrape your wrist even with extended gameplay.

The gaming mouse, meanwhile, is a Razer DeathAdder, which features mechanical switches and seven programmable buttons. The DeathAdder boasts of a 16,000 DPI optical sensor and a wide-range of sensitivity levels. It is flexible enough to be used if you are playing a game or doing creative work. You can also customize the RGB colors on the device, featuring nearly 17 million combinations.

Those are enough to make you reach out for your wallet right now. However, the Razer Pikachu gaming accessory set is only available in China. Pre-orders are already out now, but they are not shipping in North America just yet.

For now, there’s no word on when the Pikachu PC gear will arrive in the US, if at all.

A Few Amazing Launch Games Have Been Confirmed Ahead Of Google Stadia's Launch, Which Goes Down Next Week

Nov 28, 2020 Chris Miller 13890
NZXT is under fire from some PC enthusiasts for having a possible fire hazard in the NZXT H1 Case model, affected both black and white models; sales...