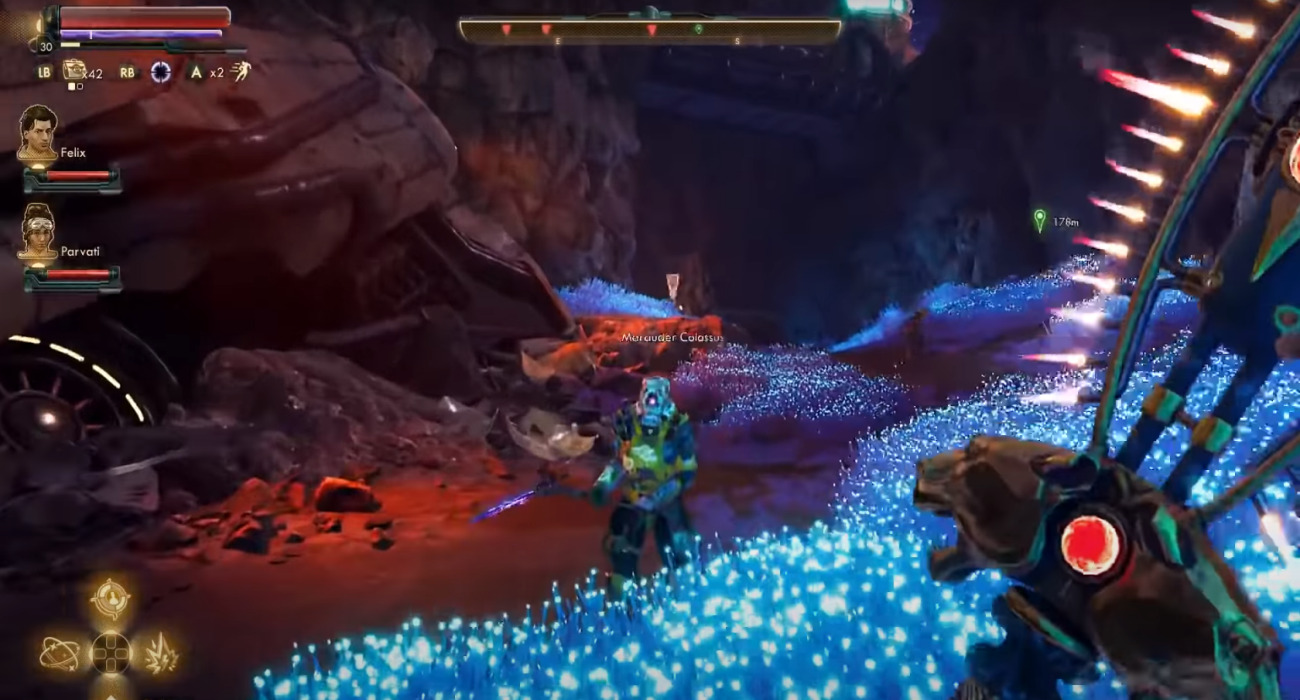 The Older Worlds has been a fantastic single-player RPG from the talented people at Obsidian Entertainment. You get to go around the galaxy, exploring all sorts of bizarre creatures, fantasy environments, and hilarious NPCs.

The developer has done a great job at building worlds you care about, filled with rich and interesting content. It’s about to get even better thanks to the first expansion, Peril on Gorgon. It’s introducing a lot of new things, including a planet called Gorgon, NPCs, weapons, armor, and quests.

So if you’ve already played through a majority of The Outer Worlds, this first expansion is probably a welcomed addition. It will be available on September 9, 2020 for PC, PlayStation 4, and Xbox One. Ahead of its official release, though, a new trailer has surfaced from gamescom 2020.

It shows some actual gameplay. A side quest is featured along with narration from Gorgon’s game director, Carrier Patel. One of the earlier areas shown is a supply center that’s been turned into a quaint little pub that you can use to buy some time or chat with local patrons.

In addition to meeting some new characters, we’re introduced to a new weapon called the Pest Extermination Tool. It pulls opponents in like a magnet, in which case the player can then follow up with a well-timed bash or strike. It seems like a pretty handy tool to have for enemies that are mid-range. You can sneak up on them and then reel them in like a fish. They won’t see it coming.

From there, the trailer shows more of the Gorgon Overlands. It’s a vibrant environment with rich blues, purples and reds. These lands also are teeming with threats. You’ll have to be careful approaching them throughout your journeys around the Gorgon planet.

If you want to check out the full length of gameplay, you can watch the trailer above. It was a pretty successful reveal that gives fans a sneak behind the curtain of what’s in store on the mysterious planet of Gorgon. It comes as no surprise that this world looks visually inviting and filled with all sorts of mysteries, which you’ll have the pleasure of learning more about.

In addition to a new narrative experience and interesting characters, Obsidian is adding new perks and flaws in this upcoming DLC. They’ll shape how you approach the story and side quests. If all of this sounds exciting, only a couple of more weeks of waiting.

Dec 4, 2020 Jeremy Green 5490
Next week on the Epic Games Store, two RPGs will be up for grabs. One of these is the well-received Pillars of Eternity from Obsidian...

Nov 13, 2020 Dylan Duarte 7610
Tyler McVicker is the man behind the Valve News Network, Nintendo News Network, and other projects of a similar nature. Thanks to his position, he's...