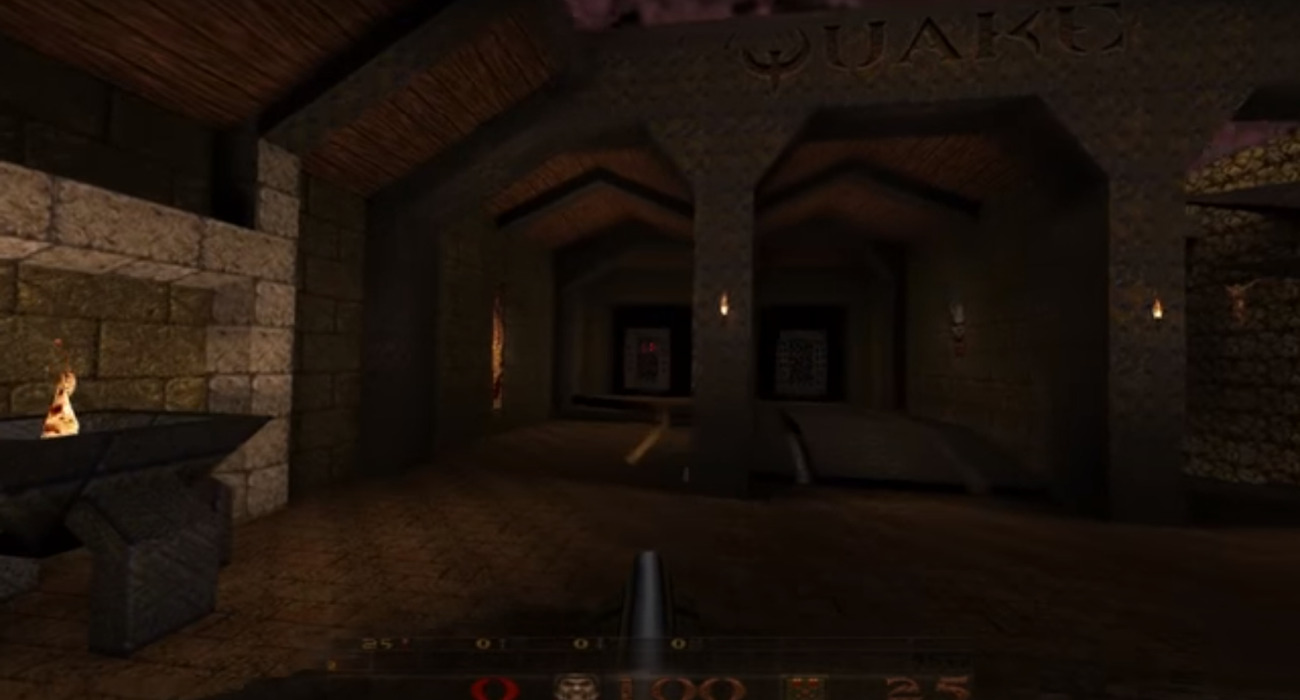 Back in the 90s, one of the very best first-person shooters was Quake. It was one of the most anticipated games at the time of its release. Gamers were lining up to get their hands on its adrenaline pumping 3D action.

Players enjoyed this game’s foreboding atmosphere and well-balanced gameplay. It may not hold up to today’s modern shooters, but it will always be remembered as a classic and pivotal for shooters as a whole.

If you haven’t yet experienced this retro shooting action, it looks like you’re in luck. During this year’s QuakeCon — a now digital streaming event in response to Covid 19 — Quake will be free to download and keep forever.

All players have to do is run it through the Bethesda launcher during this event. You’ll then be able to keep it in your library for absolutely nothing. QuakeCon will run until August 9, so that’s plenty of time to check out one of the most important shooters to date.

Even still today in 2020, there is a lot to appreciate with this shooter. It has a very fun campaign, featuring four episodes with around eight levels in each. There is thus plenty of exploring and killing you have to look forward to.

Every stage requires you to find an exit and in order to do so, you’ll have to locate switches throughout the map. All the while, you have to move through dark and moody environments taking out whatever threats you come in contact with. It’s a pretty simple recipe, but one that really keeps your attention until the end.

Back in the 90s, Quake really shined in the multiplayer department. These were the days of Lan parties and although ancient by today’s standards, were a ton of fun. Players would compete head to head for hours, testing their shooting skills. Quake also supports co-op, which is perfect for those that want to experience the campaign with a buddy.

It’s fun to go back in history and check out games that have made a huge impact on the gaming community. A lot of developers used Quake’s mechanics in their own games and that elevated the shooter genre as a whole.

If you’re feeling nostalgic or want to see what you may not have been around for, then take this opportunity to tune into QuakeCon 2020 and add one of the most historic and important shooters to your collection. You won’t regret it for a second.