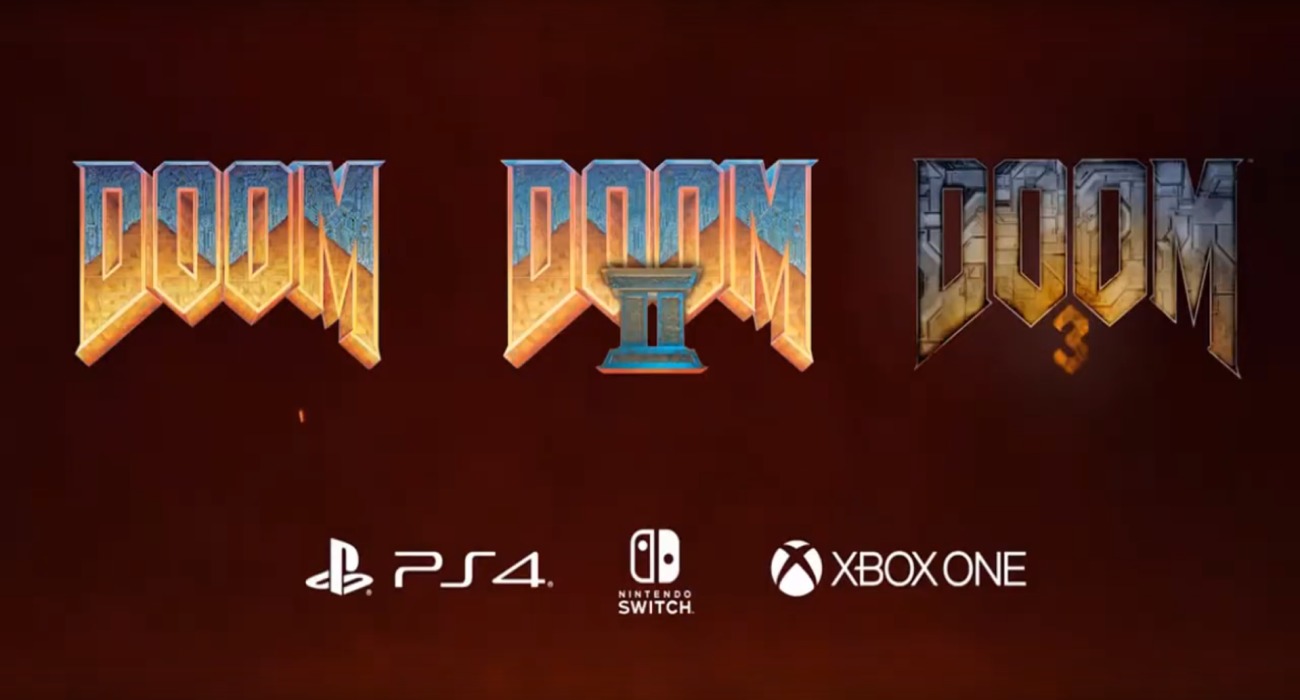 The Doom games have been so important for the video game industry overall. They were innovative titles at the time, featuring demon monsters and non-stop action. Over the years, these games just got better and better. We’re now approaching Doom Eternal, one of the more anticipated games of the year.

The game received a lot of attention at this year’s QuakeCon, which is an annual event hosted by ZeniMax Media. We know Doom Eternal is set to come out November 22 of this year, but to many fans’ surprise, the original Doom games are coming to the Nintendo Switch. This announcement was made at a press conference during QuakeCon. Fans of the series don’t have to wait, either. The trilogy is out right now.

The pack includes Doom 1, Doom 2, and Doom 3. This is incredible news if you’re a fan of this franchise or never had the chance to get your hands on these classic games. They won’t be that expensive either. The first two games are only $4.99, while the third installment is $9.99. For these low prices, these games are a steal and are must-haves for the Switch system.

Sure, these games don’t have the best graphics. That’s not the point, though. They’re designed more to take you back to the good ole’ days, where all you cared about was demon killing. There is plenty of it in this trilogy, too. The original Doom first debuted in 1993. It was revolutionary for first-person shooters at the time. Never before have gamers seen such intense action from start to finish.

id Software really has a lot to be proud of. They’re true pioneers. Many view Doom 1 as one of the most pivotal games in video game history. That’s a pretty impressive accomplishment that the developers can hang their hat on. The next two installments furthered the series along with better graphics and weapons.

The texture-bit mapping technology used in the second game was revolutionary back in 1994. The trilogy, which came out in 2004, took the series even further. The graphics were pretty amazing and so was the combat action. Many view Doom 3 as the definitive installment, one that would inspire many developers going forward.

It’s great to see these three classic Doom games appear on Nintendo’s E-Shop. If you have some free time and are feeling a bit nostalgic, you might give them a shot. They don’t cost that much, and for their price, they provide a lot of exciting value.