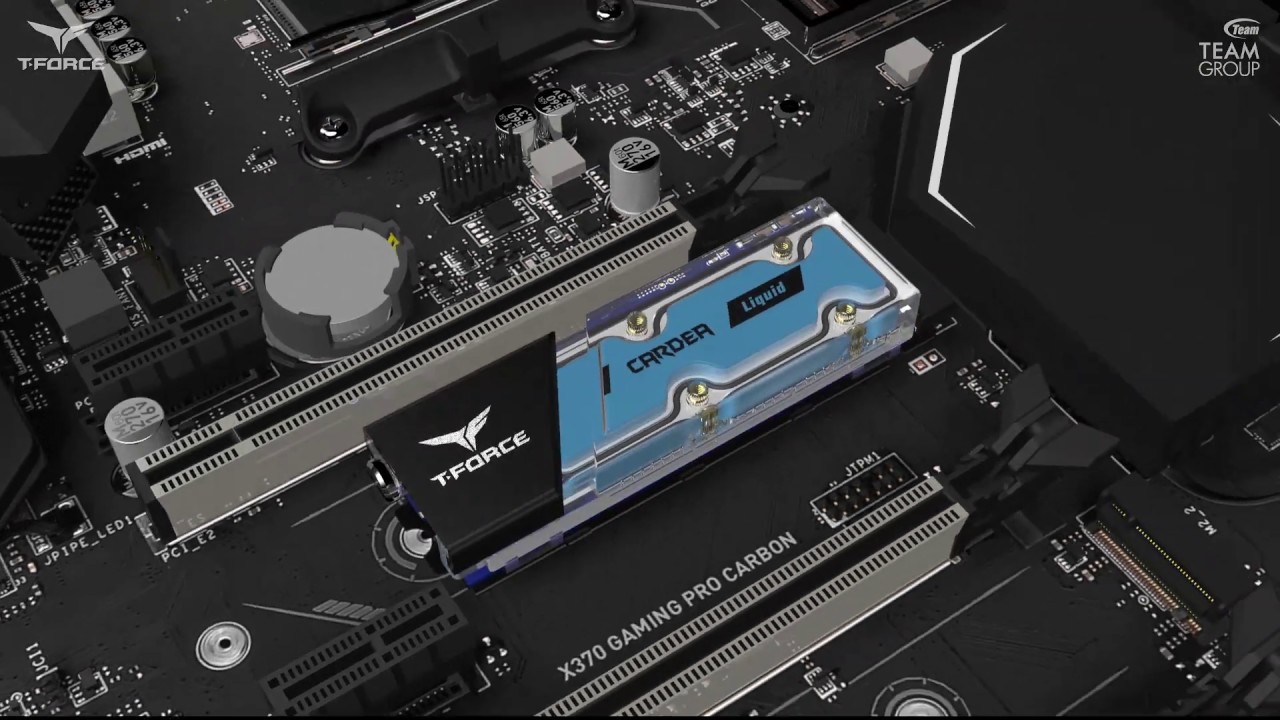 Taiwanese SSD manufacturer TeamGroup has just announced two new innovative product, the T-Force Cardea Liquid M.2 Solid-state drive, and the T-Force Captain RBG Controller. The company is marketing it as the world’s first storage featuring a cooling water system. This product is intended for use by high-geared PC systems and gaming rigs requirement content use.

What makes this new product from TeamGroup special is its heat regulation technique which uses a self-cooling system that circulates around the unit back and forth. It can lower temperatures effectively and prevents problems caused by overheating components. The first T-Force Cardea Liquid M.2 SSD was introduced at the 2019 Computex Event held in Taipei last June. And now, the first-of-a-kind SSD is finally officially launched along with the RGB Controller Box.

The Cardia Liquid SSD storage has an outer covering with an imbedded T-FORCE Logo. It’s got a Taiwan patented sliding rail style and is surrounded by metal trim. The external aesthetics and the quality material makes this piece of accessory both stylish and solid-looking. It has the craftsmanship on the outside to make it look appealing and quality made.

After TeamGroup’s thorough research on its design, laboratory testing and the other burn-in test proved that the product’s temperature regulatory and cooling effect effectively lowers the SSD’s internal temperature down by 10 degrees. The Cardea Liquid SSD also features the 3Gen PCIe x4 ultra speed interface with a read/write speed of 3400/3000 MB/s max. It can also achieve a random maximum read/write speed of 450K/400K IOPS max.

Combining both products into a gaming rig creates an exclusive gaming environment both geared on reliability and better gaming experience. Both T-Force products are due for release today with exclusive patents.

TeamGroup Inc. has been one of the top tech manufacturing companies providing innovative memory products that are both unique and reliable. The company has been in the industry for more than two decades and continue to develop leading gaming accessories, including T-Force Gaming Series.