The Famous PlayStation Title Journey Is Now Available On Apple iOS Devices, A Desert Journey To The Top Of A Legendary Mountain On Your Phone 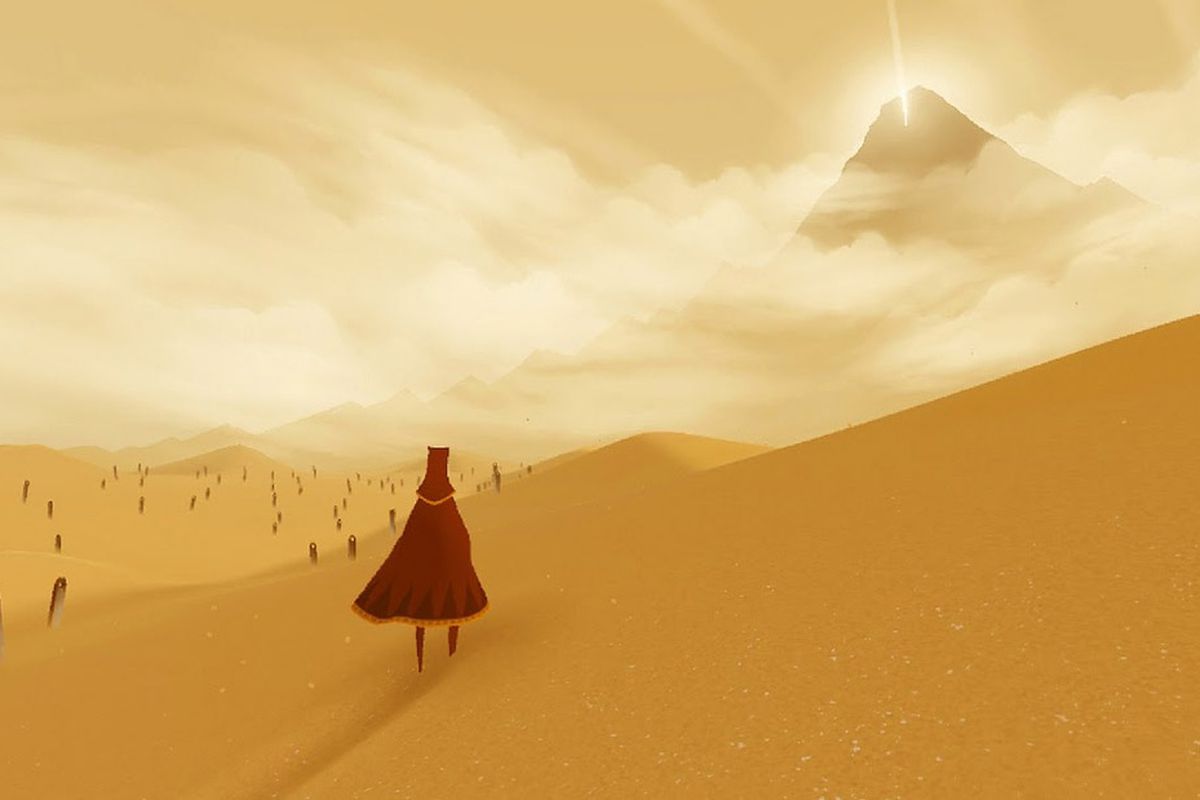 Journey was originally released on PlayStation 3 back in 2012 and since then has grown an immense following. The company that created it, thatgamecompany, recently released its mobile-only title which is said to be the same level of inspirational and social experimentation that their original game was. It was recently re-released on PC through the Epic Games store and now is available as a mobile title.

The game is released on Apple devices and is the same price as a song on Itunes. Annapurna Interactive is publishing it and has adapted the controls for touch control movements, camera control, and pinging.

Journey was a follow-up game to the developer’s original creation Flower. It was built around a meditative feel that gave a peaceful experience to all who played it. This level of minimalistic controls and silent narrative gave the game a unique feel that others have tried to mimic since its original conception.

In Journey, you play as an unnamed hooded character on a quest to reach the top of a mountain. The online functionality introduced in the game allowed players to find themselves seamlessly next to you at any given location. With minimal communication tools and only gestures and small noises, players found their way of getting a message across.

These players were not always your friend, though. Although they could not hurt you, they could impede your journey. Many times gamers found that with simple pips, they were able to coordinate their journey and travel together in a shared experience to the top of the mountain.

Thatgamecompany has tried and succeeded to create an experience that would move you. The game included a beautiful soundtrack with a beautiful world to explore at your own pace. Although the game is set in a desert, there was so much depth to the experience that players spent hours exploring the endless sand.

All of their products, from Flower to Journey and their new release Sky were built to give gamers an experience. With major companies rehashing the same old song and dance, these indie devlopment teams are building wonderful endless worlds showing that players don’t need guns, violence, and microphones to share a journey.

Journey is available on the Apple App Store for only $5. This is a small price to pay for a beautiful full game that you can experience on your mobile device. Although there is no set release date yet for Android or Windows phone fans, remain hopeful that it will eventually be available to all players.