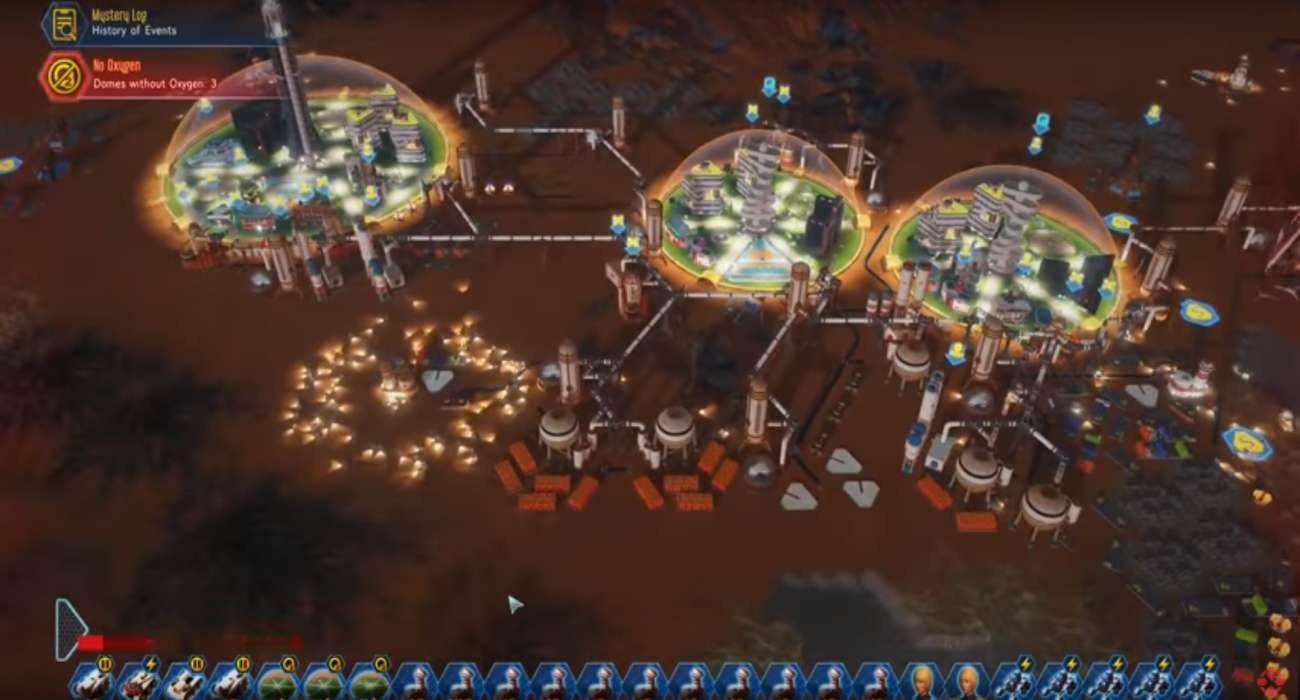 The Epic Games Store always seems to be offering free games to PC gamers. It’s quickly becoming one of the more popular platforms for PC games, which is great to see because it gives gamers a lot of avenues to use when building up their collection. Their latest free offering is a city building simulator called Surviving Mars.

If you’ve ever wondered what it’s like to build an entire colony on Mars and see it thrive, this is the game for you. Developed by Haemimont Games, this game offers plenty of challenges to troubleshoot and overcome. That’s pretty much what you would expect when trying to inhabitant an alien world that holds a lot of mysteries and is absent of oxygen.

There is an added intensity to your city planning, though. The wrong decision with colony selection or not receiving enough funding could spell the end for everyone. Citizens are relying on your planning and foresight to make it through the harsh days on this red planet.

Every colonist in this game has unique attributes and skills. That’s a pretty interesting feature for a city building simulator. Their choices will affect other colonists in the game, for better or for worse. For example, a colonist with an important role within the fabric of your society could become an alcoholic. This could interfere with their work and then create a butterfly effect that leads to the collapse of your colony. That’s the type of micromanaging you’ll have to engage in from the very start. It’s a pretty unique idea from Haemimont Games, quite frankly.

Another unique aspect of Surviving Mars is the fact that you can uncover different mysteries with each playthrough. Some may net your colony great fortune and lead to years of prosperity. Then there are those secrets you often see in horror/sci-fi movies that ultimately doom everyone on the planet. The fact that you don’t know what you’re going to find adds to this game’s appeal. Anything could happen even if you plan out your colony just perfectly.

It’s very rewarding to see your colony once it’s completely built. However, there are always tweaks you can make to it. That’s what will keep you coming back time and time again. You’ll feel like a true savant building futuristic structures and helping thousands of people survive on a planet that’s never been inhabited by human life before — or at least that’s what you think.