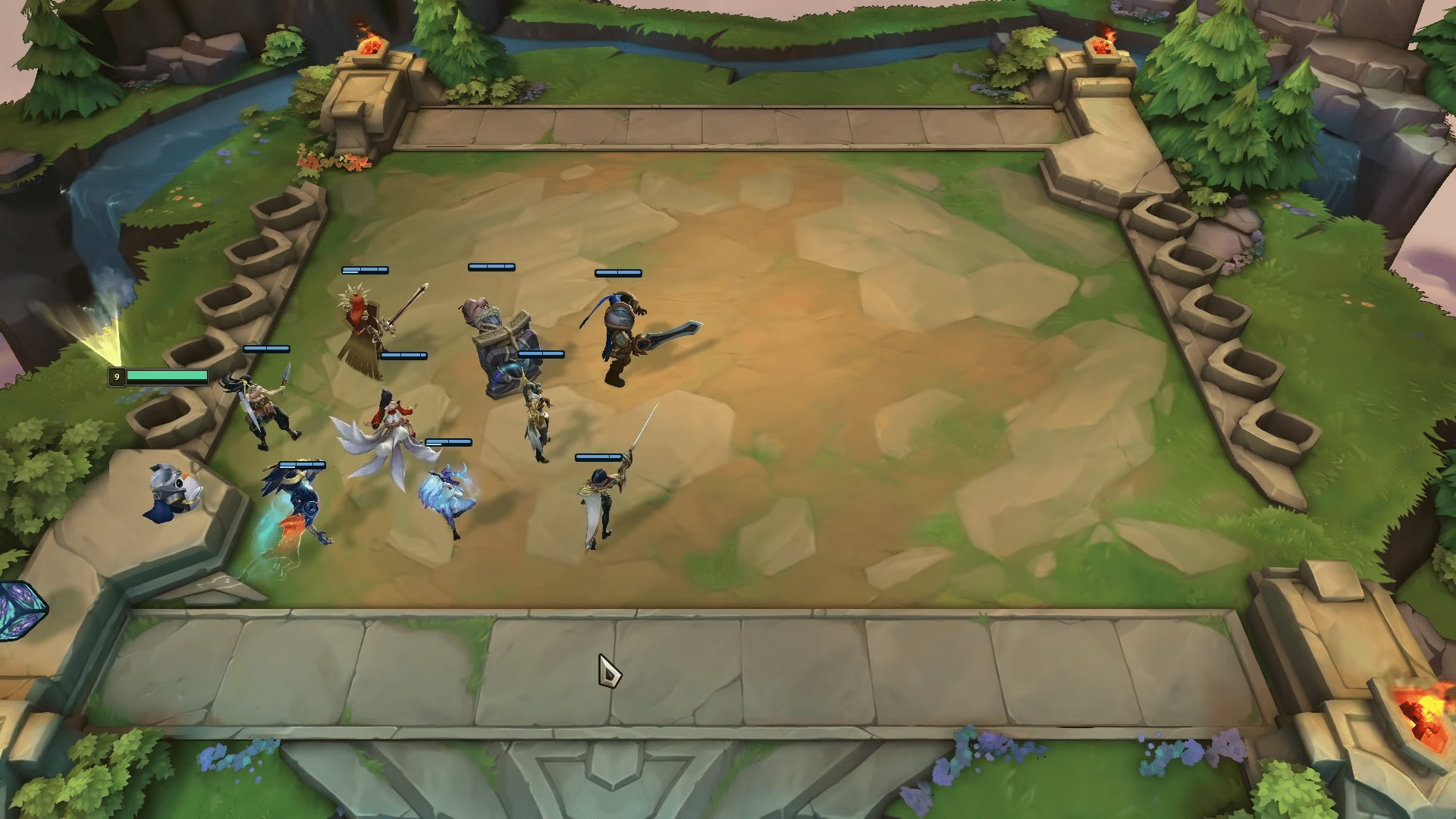 After a week on the PBE, League of Legends has finally added their new game mode, Teamfight Tactics, to the live servers. TFT is one of several new games that fit into the auto-chess genre, and so far, it has been met with incredible praise.

During beta testing, players waited hours upon hours just to access the game client to play, and now that Teamfight Tactics is live, this hasn’t eased up.

Players are experiencing shorter wait times to get on the actual League of Legends client; however, finding a match for Teamfight Tactics is met with a warning for long queue times.

In the warning message, Riot Games shares, “We’re handling a lot of players right now. We have temporarily introduced a queue delay of (?) for Teamfight Tactics to preserve server stability.”

The duration of the delay has fluctuated throughout the day, ranging from just ten minutes to well over an hour wait depending on how many players are trying to access the game.

Considering the fact that most players can easily find games within just a few minutes, these queue times are insanely high – but they make sense.

Teamfight Tactics is much different from traditional League of Legends, but its drawn players in with its strategy-meets-RNG-based gameplay style which incorporates champions, items, and abilities from the League universe.

A traditional League of Legends game is a 3v3 or 5v5 PvP matchmade game in which players control champions to farm minions and monsters for gold, coordinate with their team, and use a series of abilities and auto-attacks to fight enemies in a MOBA-style setting.

Teamfight Tactics takes these mechanics and auto-fights for players, who must focus on creating a strong team composition through wise gold-spending, strategical placements and itemizing, and adapting to enemy units and chance as the game goes on.

Riot Games has tried to introduce new game modes to League of Legends in the past, and while some of them have had success, most of them haven’t ever really stuck permanently.

A rotating game mode queue previously allowed players to mess around in favorite modes like Urf, One for All, and Ascension, as well as seasonal and event-based modes.

Despite this, League of Legends has consistently made Summoner’s Rift, Howling Abyss, and Twisted Treeline available to play, without expanding much beyond that.

With Teamfight Tactic’s incredibly popular release, however, it appears that that’s about to change.

Now that TFT is officially live, players can expect to see ranked play available in an upcoming patch, and it will be fun to see how the game mode will progress.

Dec 11, 2019 Giorgio Delgado 4030
Riot Games released the last patch for Teamfight Tactics of the year. The patch has significant quality of life updates to the Interface for the...

Nov 10, 2019 Giorgio Delgado 10350
The season 2 TFT set has been recently released on the live servers by the developers, Riot Games. As the meta takes time to settle in, pro...

Aug 31, 2019 Audrey Schottelkorb 18000
When Riot Games added auto-battler game mode, Teamfight Tactics, to League of Legends a few months ago, it came with a bunch of new...