The FPS game has players using trains as safe bases while the zombie apocalypse rages on outside.

A three-minute trailer showcasing the game was also released earlier this month.

“Zompiercer is a first-person shooter in the world of zombie apocalypse, filled with dangerous uniquely mutated zombies craving your flesh. Travel by train, which has become a haven for you, equip living wagons and create new equipment to survive.” states the Steam store game summary.

The game starts off with the player waking up after working the night shift. The world is already in a panic, and the undead overtakes the player’s shelter. The player makes it to a train, which becomes their new safe haven.

The train contains almost everything the player needs to survive and is a steel fortress against the undead. The train is a giant storehouse for resources players will collect along the way along with serving as a workshop.

The train is fully working and contains various tools and equipment. Players can use the train to visit other settlements to collect provisions, weapons, and resources. In each settlement, there are mysterious to uncover, such as how the outbreak started, along with helping survivors.

While the train can move the player to different locations, it needs to be maintained. The player will have to find fuel for the giant vehicle along with fixing any issues that may arise.

Zompiercer is planned to stay in Early Access for one year. The final version is scheduled to have 15 unique locations, more zombies, and equipment. The Early Access version only has four locations right now and lasts around 4-6 hours.

The developer is seeking feedback from Early Access players, especially suggestions on new types of zombies, train modifications, quests, or any other improvements. The game has an official Discord server, where players can submit feedback and connect with other players.

As development continues, the price of the game will slowly rise, so players interested in playing should purchase it early.

Zompiercer is available now on PC via Steam Early Access. 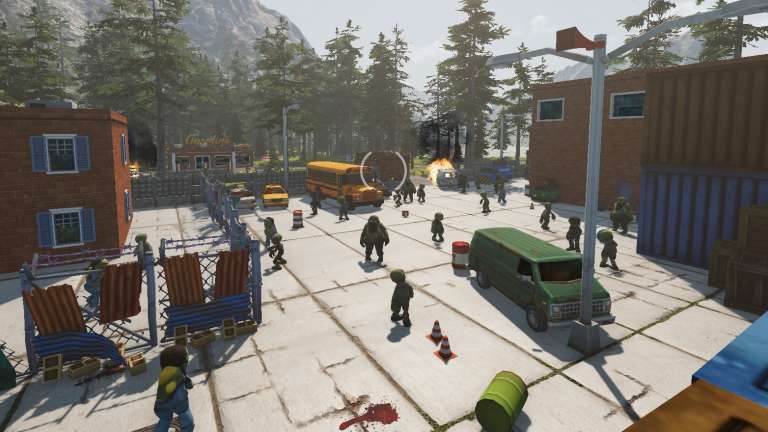