Stop The Endless Nuclear Rain By Defeating The Architect In Black Future ’88, Play On PC And Switch 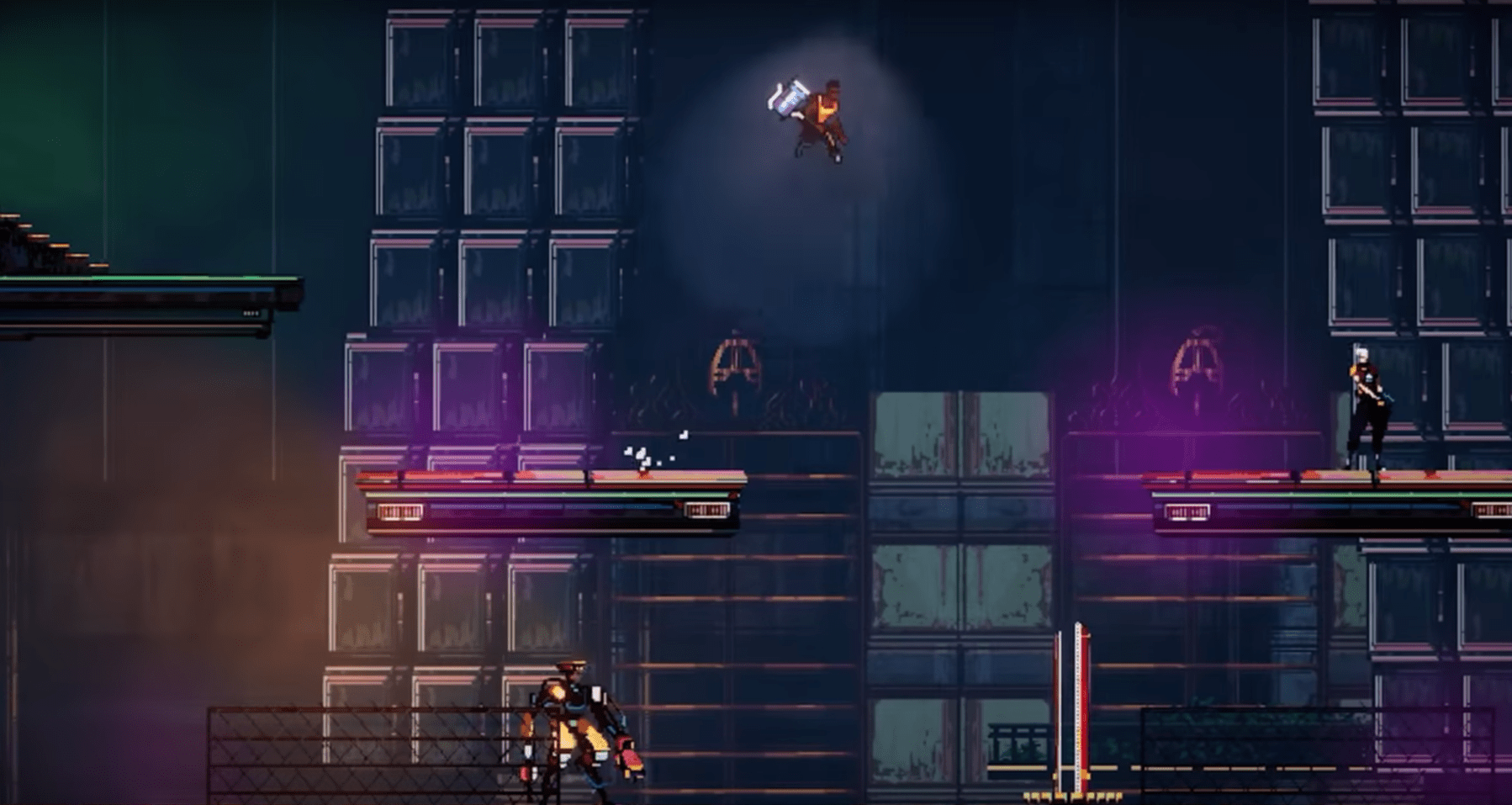 During the year 1988, a nuclear cataclysm devasted the world. As time goes by, 1988 has rendered all subsequent years irrelevant to the survivors. The only thing that matters is taking down the architect, Duncan, to stop the endless nuclear rain that plagues them.

Black Future ’88 is a synth-punk rogue-like action game shooter. The pixel art is 2D, and the game takes place in a dystopian 1988, energized by an original analog-synth soundtrack.

Duncan began dropping nuclear bombs in the summer of 1988, and by wintertime, the sky had blackened, and the Earth was perpetually coated by toxic rain. Survivors do not count the years anymore, 1988 is the only year now, and the only time counted is the minutes left to live.

Gamers will play one of Earth’s last survivors, someone that knows what is necessary to start healing the planet. They must ascend the architect’s tower and kill Duncan before the protagonist’s heart explodes.

There are five characters to choose from, each with their pros and cons. Players will navigate up an evolving tower with these characters, taking on deadly obstacles like enemies, traps, and lasers.

Black Future ’88 has five unique cyberpunk zones that gamers will conquer as they ascend the terrible tower, and there are wardens that the player must topple, each one guarding a distinct zone of the skyscraper.

The game has a buff and curse system which players must master by finding the perfect balance between keep their heart in check and hampering themselves to the point of self-sabotage.

There are over 50 weapons and buffs the gamer can unlock as they progress up the tower, each featuring its own positive and negative elements, including:

• The Night Piercer, a powerful nail gun that swaps the position of the player and the enemy that they target.
• The Money Shot is a cursed weapon that causes high amounts of damage. The kicker is that it will use the player’s money as ammunition.
• The Blink Cannon is a commanding cannon that uses the gamer’s dash charges as ammo.

Black Future ’88 features daily missions for gamers to compete. These challenges will test the player’s skill in different ways and will be synced with a global leaderboard, giving the gamer an idea of how well they stack up with people around the globe.

This game has a sing-player and co-op mode, and if gamers are interested in buying Black Future ‘88, it comes out on November 21 for the Nintendo Switch and PC!