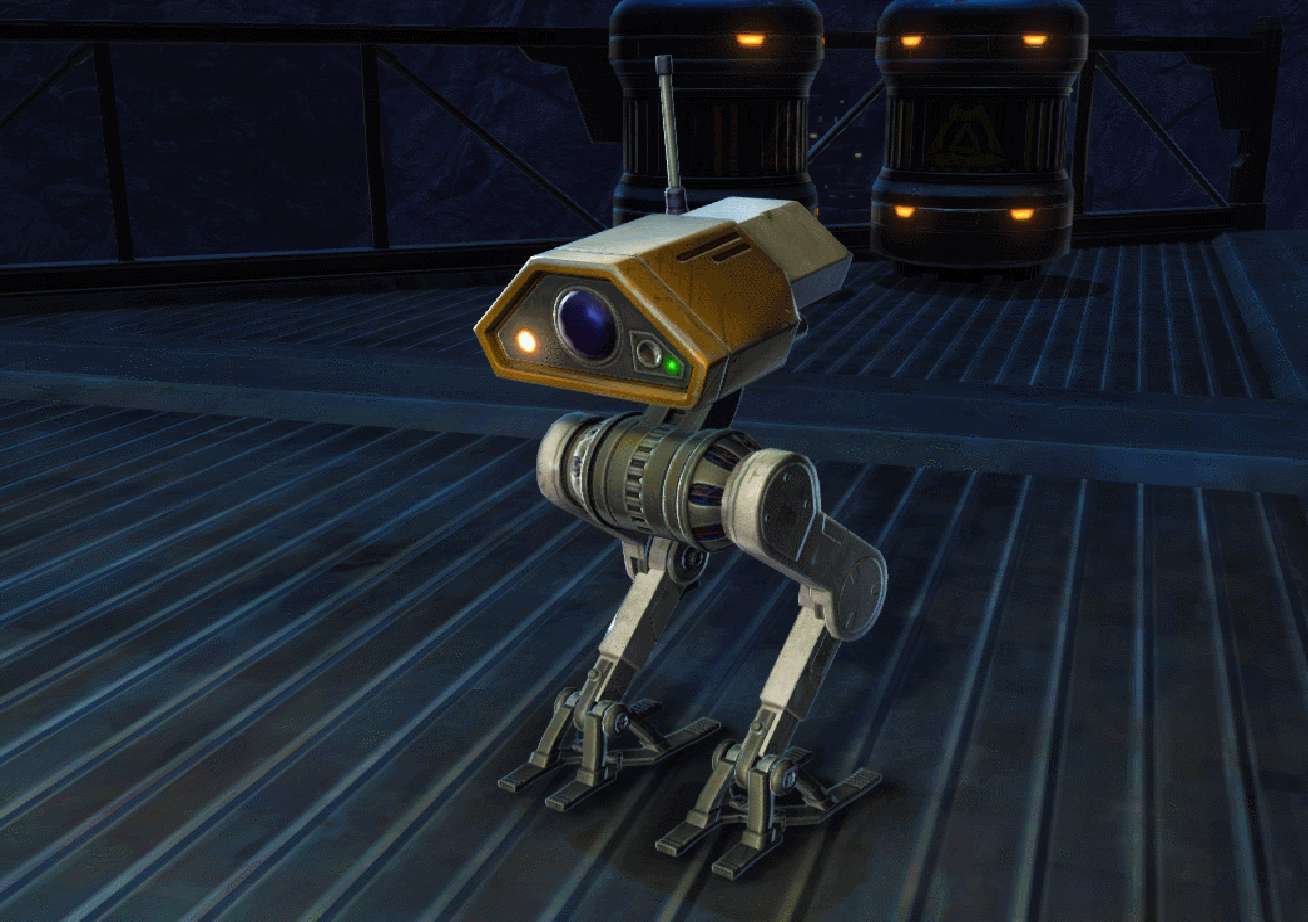 This droid is considered a pet, as it does not engage in combat or perform healing duties. They simply follow players around behind them, granting players a unique addition to their character. They can also be used as decorations for player strongholds.

Pets have always been popular with the player base, and they can get access to pets from the Cartel Market, which can also be found on the Galactic Trade Network, and as quest rewards for certain types of quests. But there are a few pets that can only be obtained by either having been a subscriber during a certain timeframe or by utilizing certain codes in the website’s code input screen.

And that is where RE-1 comes in. RE-1 will be a pet that will require players to log in between 6 am PST on November 14, 2019, to 12 am PST on December 10, 2019.  Though unlike most of the rewards that require during a certain timeframe, it does not seem that players will be required to log in every day to receive this reward.

Bioware has done this kind of thing before to celebrate other releases as well, making this one of a long list of additions to the game from the movies. For example, they added a couple of vented lightsabers into the game based on Kylo Ren’s design, so we can likely expect other promotions like this for the Mandalorian and the upcoming Episode 9.

Players will wish to look forward for these upcoming promotions as they come.