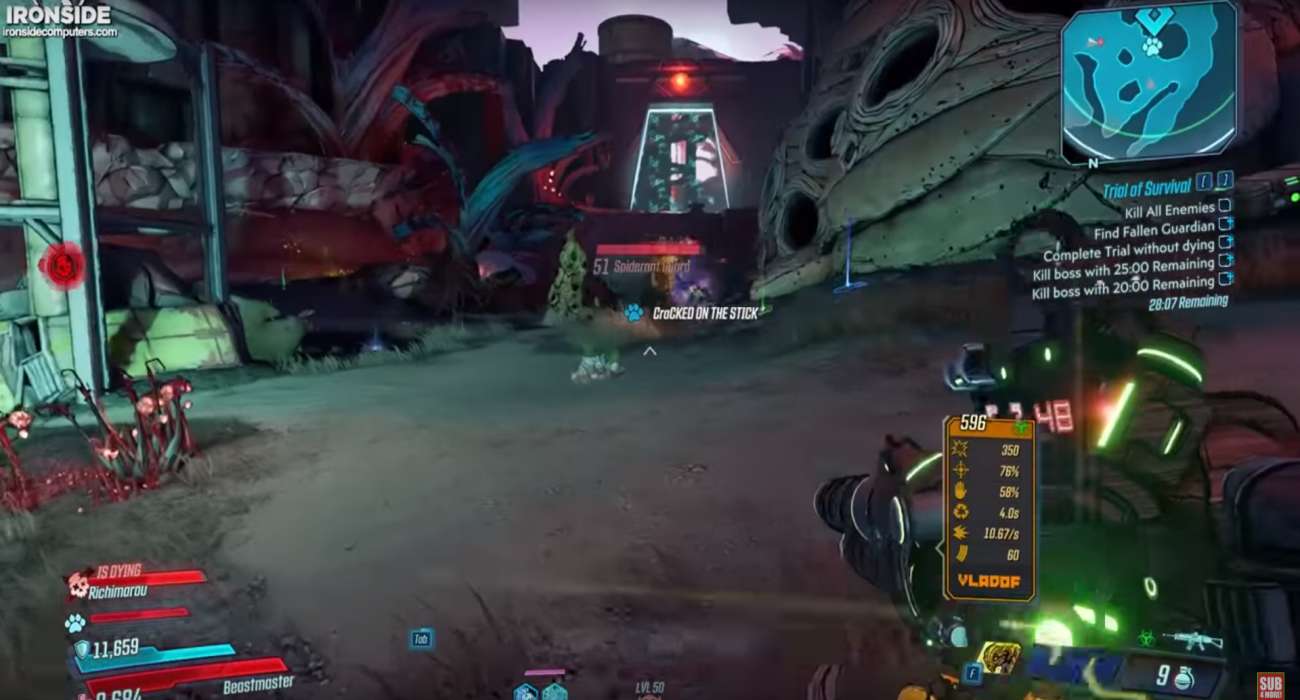 Borderlands 3 has been a huge success for Gearbox Software. They kept a lot of elements that fans of the series know and love, and made the necessary improvements in gameplay and story. Many are considering this installment one of the best in the franchise, which is huge honors for the developers.

It doesn’t seem like Gearbox is planning to rest on their laurels, though. They’re already updating the game to improve the overall experience for players. Patch notes were recently revealed detailing changes coming to this amazing action-adventure RPG.

The two vault hunters that Gearbox focused on this time were FL4K and Moze. Let’s start off with FL4K. His Rakk Attack now has a chance of 100%. This ultimately guarantees a status effect on whatever enemies are hit with it. The Leave No Trace action now has a two second re-trigger delay. Some adjustments were also made to FL4K’s pets, which people have loved so far. Now, they won’t push other players around. Lastly for FL4K, the touch pet prompt has been lowered so that it doesn’t interfere with looting opportunities.

As far as Moze, re-trigger delay has been put into effect for his grenade action. Thus, players can’t just spam opponents over and over again. All of the updates to these two major characters help improve the overall gameplay experience. Players won’t be able to take advantage of broken systems. Ultimately, this makes it more realistic and more rewarding after a hard fought battle.

Some of the major bosses have also received improvements. For example, Bill the Anointed, Gigamind, and Katagawa Ball have been adjusted in terms of their balance. Now, their shields and health bars won’t be outrageously large so that players should have an easier time defeating them. That’s great news if you’ve been stuck with one of these bosses for some time.

Ultimately, these updates are a great addition to an already fantastic game. Gearbox strives to deliver the best game possible out of the gate, but like any major AAA game, there are always issues present. Gearbox acknowledges this and is responding accordingly. You can bet that these initial updates are only the beginning.

As more players pick up Borderlands 3, patches will come out that better important aspects of gameplay. These changes are part of the reason why these games have done so well over the years. This latest patch is coming to all major platforms.