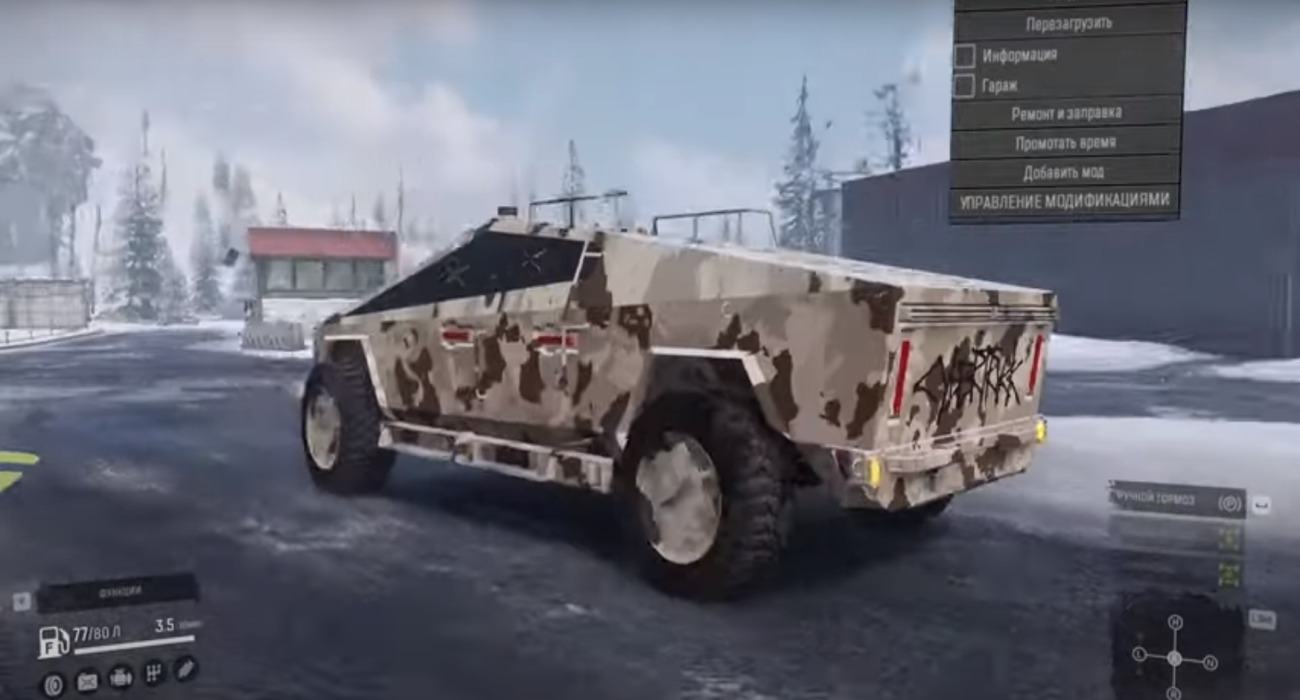 SnowRunner hasn’t been out for very long, but it’s quickly gaining a huge following amongst the gaming community. It lets gamers put their trucking skills to the test in some precarious situations involving snow and ice.

The mechanics are authentic and the vehicle variety is very impressive. However, it’s the game’s modding support that is taking a lot of the headlines. Early on, Saber Interactive wanted to make it clear they were getting behind modding efforts 100% right out of the gate. That essentially opened up the floodgates for a lot of creative mods.

One of the more recent that’s drawing a lot of attention is the introduction of Elon Musk’s Cybertruck. Screenshots of this futuristic truck show it decked out in camouflage and beefy tires. It definitely looks fully capable of taking the abuse that the extreme environments will throw at it.

When the Cybertruck was first revealed, it was very polarizing. Many felt it to be a bit too boxy and others couldn’t believe it was actually classified as a truck. And yet after seeing early visuals in SnowRunner, it looks like an incredible truck that the community is in full support of.

This is just one of the many mods currently available in SnowRunner. It doesn’t look like there will be a shortage of them either as creative gamers are looking to take their turn at changing up the game in novel ways.

SnowRunner already showed a lot of promise in the visual and gameplay departments, but the modding support just takes it to the next level.

And it’s insane to think about the modding activity when this game hasn’t even been out that long. Aside from the plethora of mods, there are so many things to do in this game. You can take on important gigs and get paid big money.

When you’re not advancing your career, you can just go exploring around some incredibly detailed open-ended environments. There’s a vehicle for every type of situation you’ll find out in the forests, rivers, and thick mud.

SnowRunner also rewards players for sticking around and learning the mechanics. What will first be tough jobs can be completed with maximum efficiency and safety once you get down the physics and vehicle mechanics.

And thanks to the mod support, there is always new content that players can look forward to every week. There’s never been a better time to jump in the driver seat and experience ice-road trucking like never before than now.