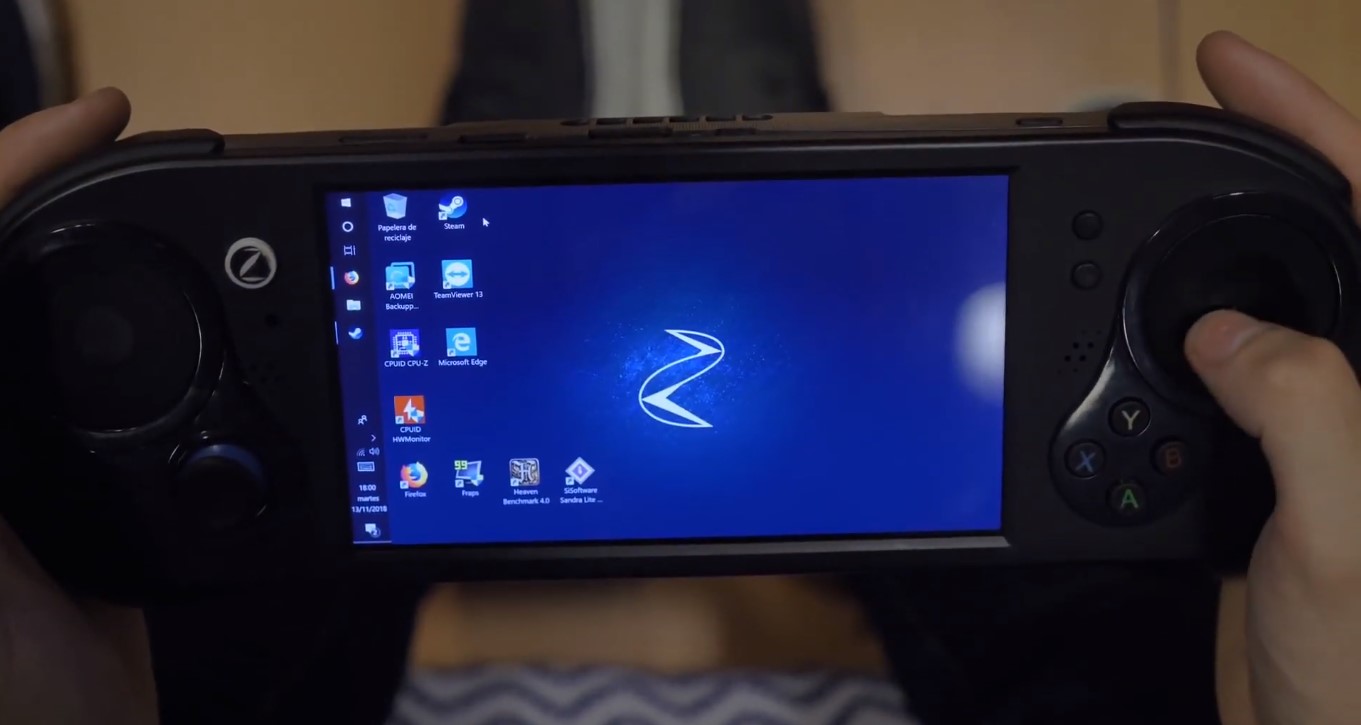 The impressive handheld gaming device, Smach Z, just got bigger with a newly launched and enhanced unit featured during the Gamescon 2019 event. In a press release sent by the company, the gaming console manufacturer mentioned that the new handheld was made possible by their collaboration with the AMD team.

The new console will be sporting the powerful V1000 processor – AMD Ryzen Embedded V1807B SoC. The CPU is partnered with the AMD Radeon Vega 11 graphics which makes this handheld console ultra-sleek in terms of performance. This upgrade addresses many of the issues faced by the console’s previous owners, including sudden shutdown while playing the graphic intensive game, Doom 2016.

The Smach Z and Pro were initially designed to have the AMD Ryzen Embedded V1605B which combines four Zen and eight Vega cores. This plan though, was sacked by the Smach Team in favor of the V1807B chip. The new processor is a significant upgrade for the gaming device. This is the 5th time, Smach has updated the specs of the gaming console.

Though both the processors had a 4-core 8-thread processor, the V1807B has more power compared to the previous version. It has a higher clock rate, which makes it significantly powerful running at 3.35GHz base and 3.8GHz boost. Not only is the processor fully upgraded, but the graphics performance of the newly upgraded Smach Z is something every gaming fanatic should check.

The new Smach Z processor, the V1807B comes with the Radeon RX Vega 11 Graphics which adds a punch to every game. The graphics card has 35W to up to 54W values making the thermal configuration of the enhanced gamepad much more agile in terms of graphical performance.

Nonetheless, with its capacity, gamers can expect the new Smach Z PC handheld device to have better battery power. The newly upgraded Smach Z will have larger batteries to maintain its promised five-hour gaming time. Also, the cooling system should have been redesigned because of the gamepad’s better capacity.

Aside from the processor, Smach Z will also get memory upgrades both for its RAM and storage capacities. The enhanced Smach Z version will have an ability of 32GB DDR4-2133 RAM memory and a solid-state capacity of up to 480GB.

The Smach Z will have a price point of around $700, while the higher versions Smach Z Pro and Smach Z Ultra is expected to have respective prices of $900 and $1100.