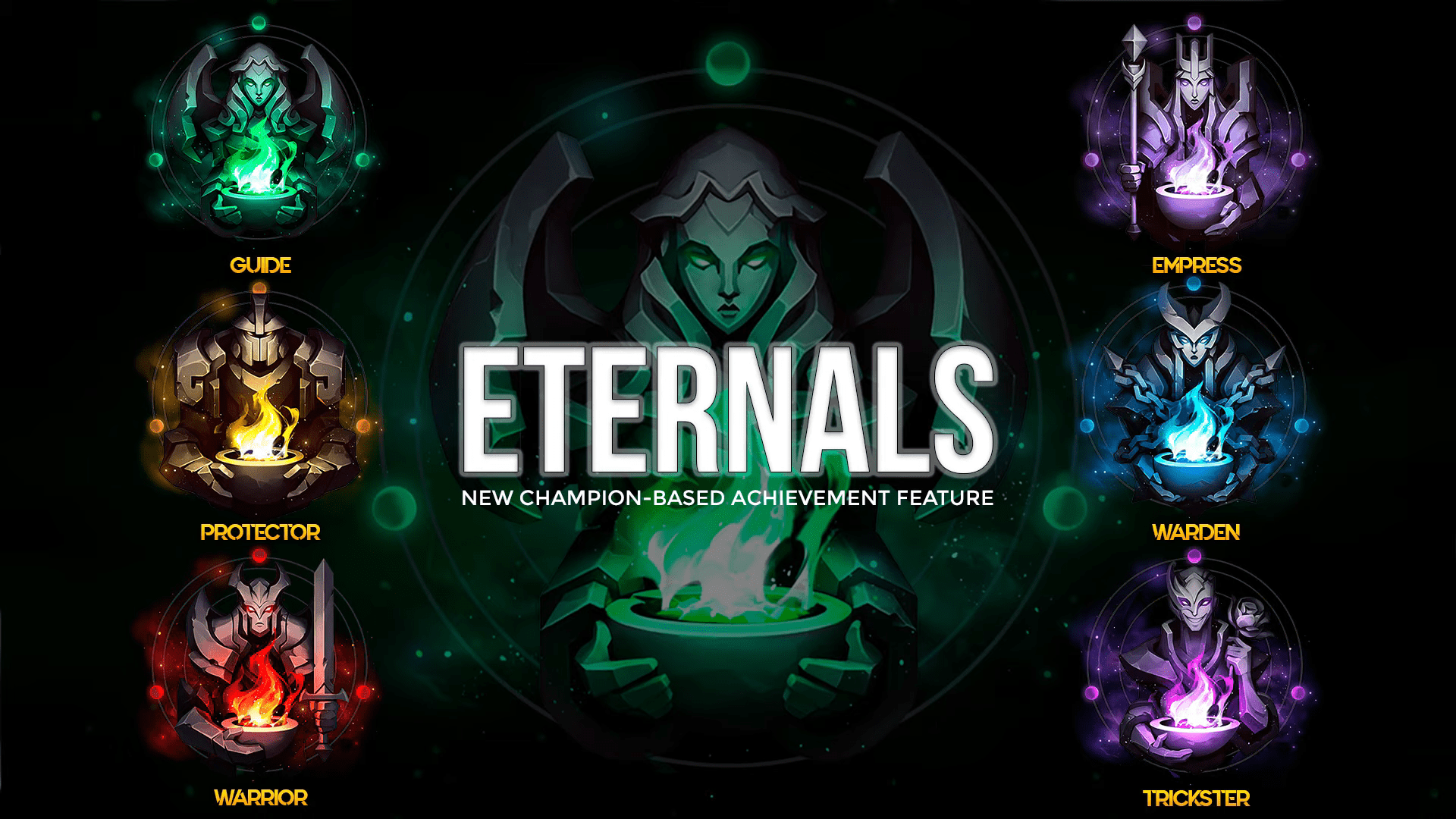 Two weeks ago, Riot Games delved into a topic that players of their most popular game, League of Legends, have been asking about for a long time – statistical tracking for individual champions.

With close to 150 different champions in the game, players currently map out their progress on each champion with points that passively level up a mastery system from levels 1-5. At Mastery Level 5, players unlock an exclusive in-game emote and an emblem indicating the level. From there on, players can optionally unlock levels 6 and 7 by combining successful games with blue essence or champion shards.

While this system has done an okay job of showing off when someone is skilled with a champion (such as being able to flaunt a Mastery Level 7 Cho’Gath with 400,000 points), it does little to really show what a player can and has done with said champions.

That’s where Eternals come in – the newest project that League of Legends is working on adding into the game.

Eternals are a feature that allows players to track individual champion progress, show off what they’ve achieved, and access a new way to advance with specific champs beyond the current leveling system.

When they were announced, Eternals came with a significant price tag based on Riot Points – a currency that can only be obtained with real money. While the concept of Eternals, complete with cool statues, emblems, and upgrades to in-game emotes, felt a bit underwhelming, albeit headed in the right direction, a lot of players were annoyed at having to pay extra to track their own statistics.

Thankfully, Riot Games considered these complaints and shared an update on the work-in-progress feature.

“We’re delaying the launch of Eternals and are making adjustments based on your feedback,” states a recent Dev post. These changes include price updates, two different types of Eternals, bundle options, and making achievements per champion more unique.

For starters, Eternals will now be listed as ‘Common’ and ‘Unique’. Formerly, Eternals were all categorized together and were set to be 850 RP per champion (which equates to roughly $7).

Now, Commons “will only include broadly-applicable Eternals, such as Kills, Objectives Destroyed, and Takedowns.” They will cost just 225 RP or can be found twice annually in the shop for Blue Essence – game currency gained through playing and completing missions.

On the other hand, the Unique versions will be more character-specific and only available for purchase with RP – but instead of 850, that price point has dropped to 590.

Riot also mentioned that they’re looking toward creating exclusive bundles for Eternals so that players can access more than just one champ at a time when buying a set.

Overall, it seems League of Legends is aiming to please players who felt frustrated with the route they took with the stat-tracking feature. It will be interesting to see how the LoL player base thinks about these changes and whether or not they make Eternals a worthy purchase.