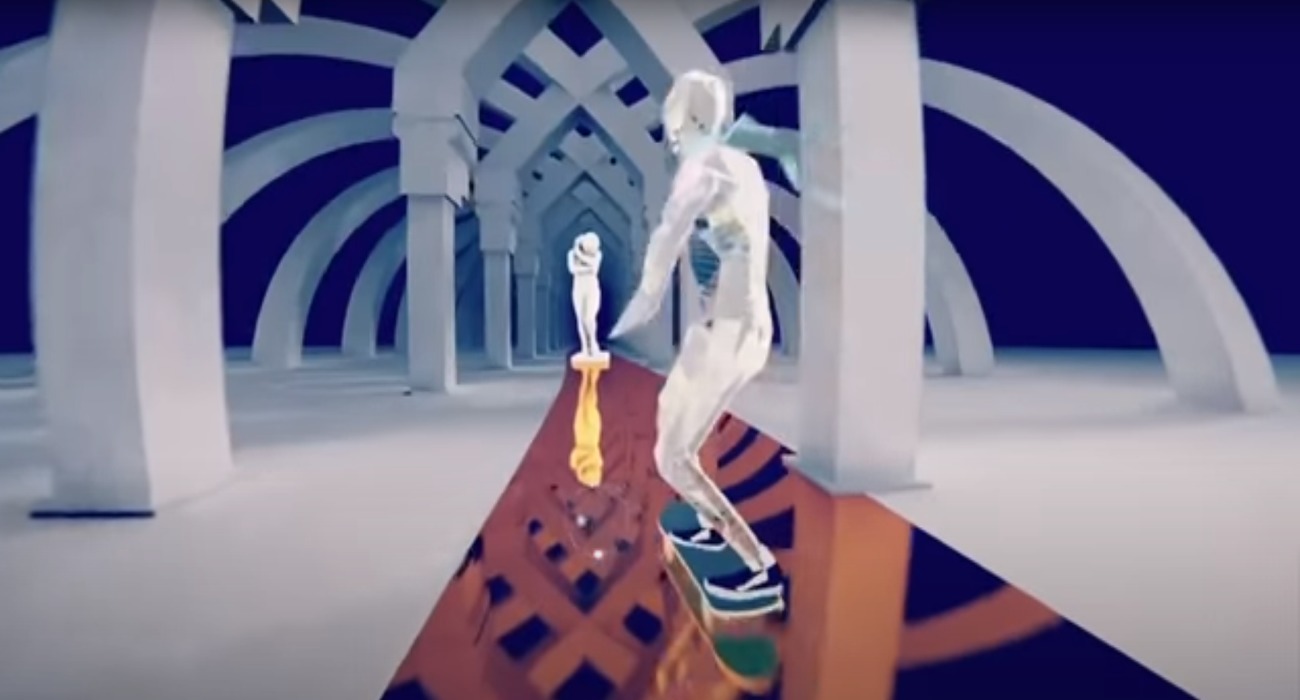 The skateboarding genre in gaming has always been very important for many gamers throughout the years. The sport as a whole — once considered niche — has blown up like crazy and so have skating games.

From Tony Hawk’s Pro Skater to the Skate series, there are so many different takes on the sport. Some go the more arcade direction and then others, such as Skater XL, are true skating sims.

Then there’s Skate Story, an upcoming skateboarding experience from the indie developer Sam Eng. It takes a different approach to the genre compared to what we’ve seen recently and in the past.

For starters, its visuals look extremely distinct. Players get to control a crystallized skater that almost has a psychedelic vibe. Seeing the figure’s visuals adjust based on the lighting is almost surreal. You just have to see the unique and beautiful visuals yourself.

The environments are also very visually appealing. Rather than depicting realistic suburban settings in California or New York, they take a more artistic approach. It’s as if you’re stuck inside a dream where there are endless possibilities.

Judging by the graphics, you would think that the gameplay wouldn’t really be based off of reality. However, that’s not true at all. They actually seem pretty technical.

You’ll have to flick your sticks the right way at just the right time to perform a particular maneuver. It’s very reminiscent of the controls featured in Skate. That’s a good thing too because they’ve been received well by skating fans over the years.

You feel like a total pro pulling off technical tricks. What also is great is since the controls seem to have an added level of difficulty, that just means there is a high skill ceiling. Each time you play, you can master various maneuvers and feel like you’re actually progressing as a skate gamer.

That seems to be the intention with Skate Story anyway. The genre has been on a bit of a hiatus these past couple of years, but it seems to be ramping back up. This project in particular could take the genre to new heights, especially from a visual perspective.

It’s also refreshing to see games like this still being made from indie developers. Even though they may be lacking on resources, talented individuals let their passion do the talking. It’s clear that Skate Story has a lot going for it. Hopefully we get a release trailer here pretty soon.