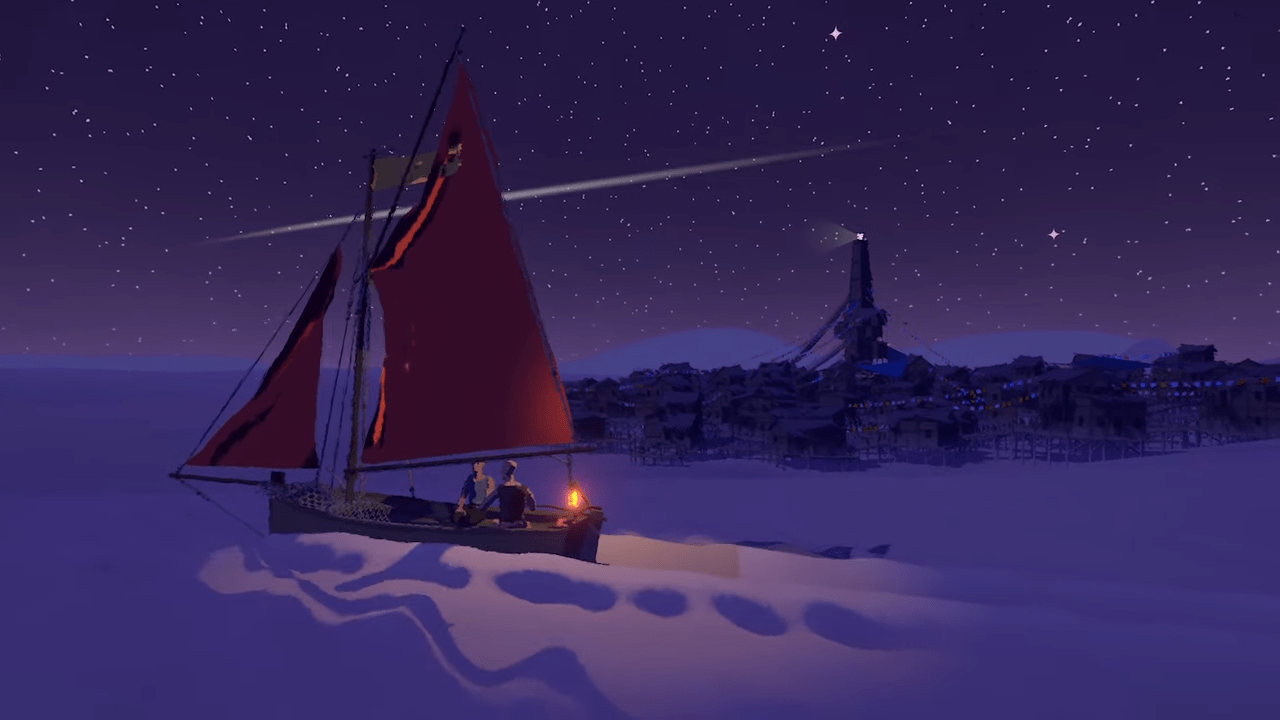 Amongst the list of new and exciting games revealed at the PC Gaming Show yesterday was a new title called Red Sails. Red Sails is a bizarre sailing game with an unusual twist: you’ll be sailing on a desert, rather than an ocean.

Léonardo Montes, the Creative Director of the Red Sail Team had this much to say, “A desert is kind of close to an ocean too; with ripples and dune that may make you consider an agitated sea that was stopped in time.”

Actually, Red Sails will feature journeys across many different types of terrain as you travel to explore the world and help your fellow kinsman as they struggle to survive in an ever-sinking desert.

That’s right–the sand is continually sinking. The desert that you call home is always growing and expanding, threatening to swallow the world and the people that inhabit it. The people that survive in the desert live in stilted houses, which they must continually rebuild in order to escape a sandy grave.

Your job will be to find lost and stranded villagers and return them to their villages. Along the way, you’ll learn more about them and the setting in general. However, if you stay in one place for too long, it could cost you time and resources. The game also features a unique guidance system in which the player could potentially navigate the landscape according to the position of the stars.

Featured across the world are different monuments and areas that are sure to provide a sense of story and intrigue. In the video reveal, various elements work together to give off a very surreal and dreamlike appeal. The ribcages of giant creatures long dead appear to dot the landscape, as well as wooden structures that appear to function as windchimes.

Speaking of the world, the trailer also featured a day/night cycle, which is supposed to affect gameplay in very meaningful ways. For example, night time could bring snow, which would melt and give way to water, a resource that could have an important impact on gameplay.

At the moment, the game is still To Be Announced. It’s too early to speculate on the release date for the game, and the devs aren’t dropping hints anytime soon.

Actually, at the moment the team is still looking for funds and publishing deals in order to take the game to the next level. If you would like to know more about this upcoming game, you can visit the redsails-game website for more future information.