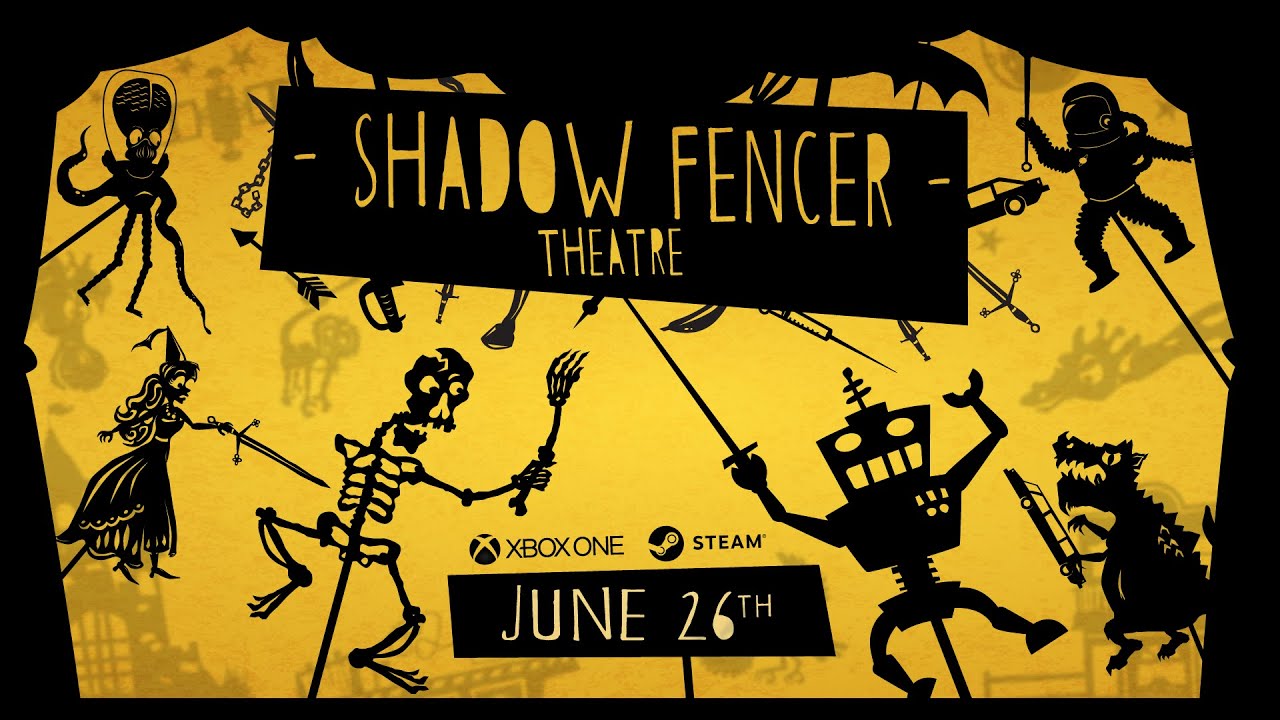 For those that love puppets, Shadow Fencer Theatre is an instant classic. It is similar to a fighting game if you could not control any of the moves. By moving your shadow puppet, you violently swing your attacking limb, weapon, or head at whatever enemy you are fighting. The developers describe it as a “competitive awkward physics sword-fighting game,” and it is completely set in the world of shadow puppets.

The controls are simple. Your left joystick will move your shadow puppet around while the white wildly swings the attacking limb or object. Whoever can wiggle their puppet to deliver a lethal hit will win the game and proceed to the next round. The best two out of three wins the match and ends the shadow puppet theatre’s scene.

There is an interesting level of strategy in this game as you do have some options even though you’re a puppet. You can always strike the other players hand which is shown below the shadow puppet to stun them or even throw your weapon for a close lethal kill. This maneuver is risky of course because if you miss, you will be left with fighting barehanded. This lessens the range between the enemies weapon and your vulnerable shadow puppet body.

No matter the puppet you choose, they each have the same distance between their hitbox and sword point. Every character is on an equal playing ground when it comes to shadow puppet warfare in this regard. What becomes interesting the is variations between the joints, limb lengths, and the size of the weapons. Each puppet comes with its advantages and disadvantages, allowing a unique playstyle depending on the puppet chosen.

The developers say that long swords are more stable to swing and will prove a larger area to hit with. Losing this weapon will result in you using your baby arms to protect you. On the other side, one of the Gorilla characters comes with a banana sword that is wobbly and unwieldy, but after throwing it, your reach is still long enough to be consistent.

Shadow Fencer Theatre is created by ShuddaHaddaLottaFun, which is a two-person devlopment team from the midwest. They are premiering their title on Xbox One, but it has been available on steam for a few days. The game costs $14.99 to purchase and includes both single-player stories and a two player local coop mode. With over 16 selectable puppets, the developers are sure that anyone could find a puppet that fits their style.