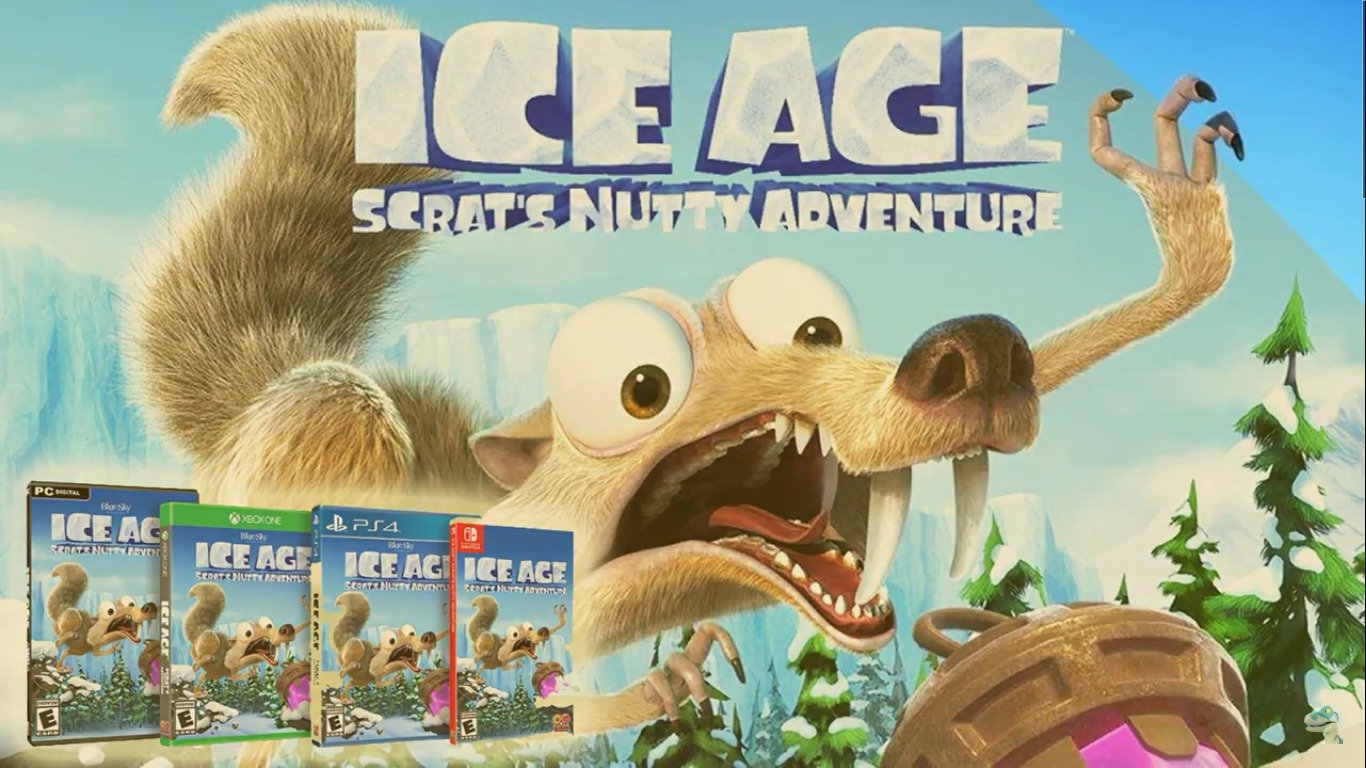 Even in the intense midsummer heat, the publishers over at Bandai Namco Entertainment have managed to get a whole lot of people’s minds focused on Ice Age. Not THE Ice Age necessarily, but the release of a brand-new Ice Age game that will be arriving sometime in the fall of 2019.

Bandai Namco Entertainment has recently confirmed that fans of the Ice Age movies and past Ice Age games will be seeing their favorite scatter-brained squirrel again as he is making his way back to our screens for another epic, fun, acorn-filled journey in the new game Ice Age: Scrat’s Nutty Adventure.

The new Ice Age game will follow our furry friend Scrat as he scurries about many of the old familiar landscapes that we’ve seen in the previous Ice Age creations. In the game Scrat the squirrel will be embarking on a new quest to recover his beloved, lost acorn.

Ice Age has been a well-known and well-loved movie franchise since 2002 since released five films. The last Ice Age film, Ice Age: Collision Course was released in 2016 and brought in $64,063,008 at the box office and was the lowest earning Ice Age film out of the five released.

The Ice Age franchise has also come out with four different Ice Age console games from 2002 to 2012 for various gaming systems, as well as a mobile game, Ice Age Village which was available for iOS and Android devices.

Ever since its initial debut in the year 2002, Ice Age has been a very successful franchise and has since been loved by millions and its characters are now recognized and cherished in households globally.

A new Ice Age game, especially one featuring everyone’s favorite squirrel who can’t seem to keep track of that pesky acorn may be just what we need.

Scrat the squirrel staring in his own video game will make for a great addition to the Ice Age family. Ice Age: Scrat’s Nutty Adventure will be released on multiple gaming consoles including PlayStation 4, Xbox One, PC, and the Nintendo Switch.