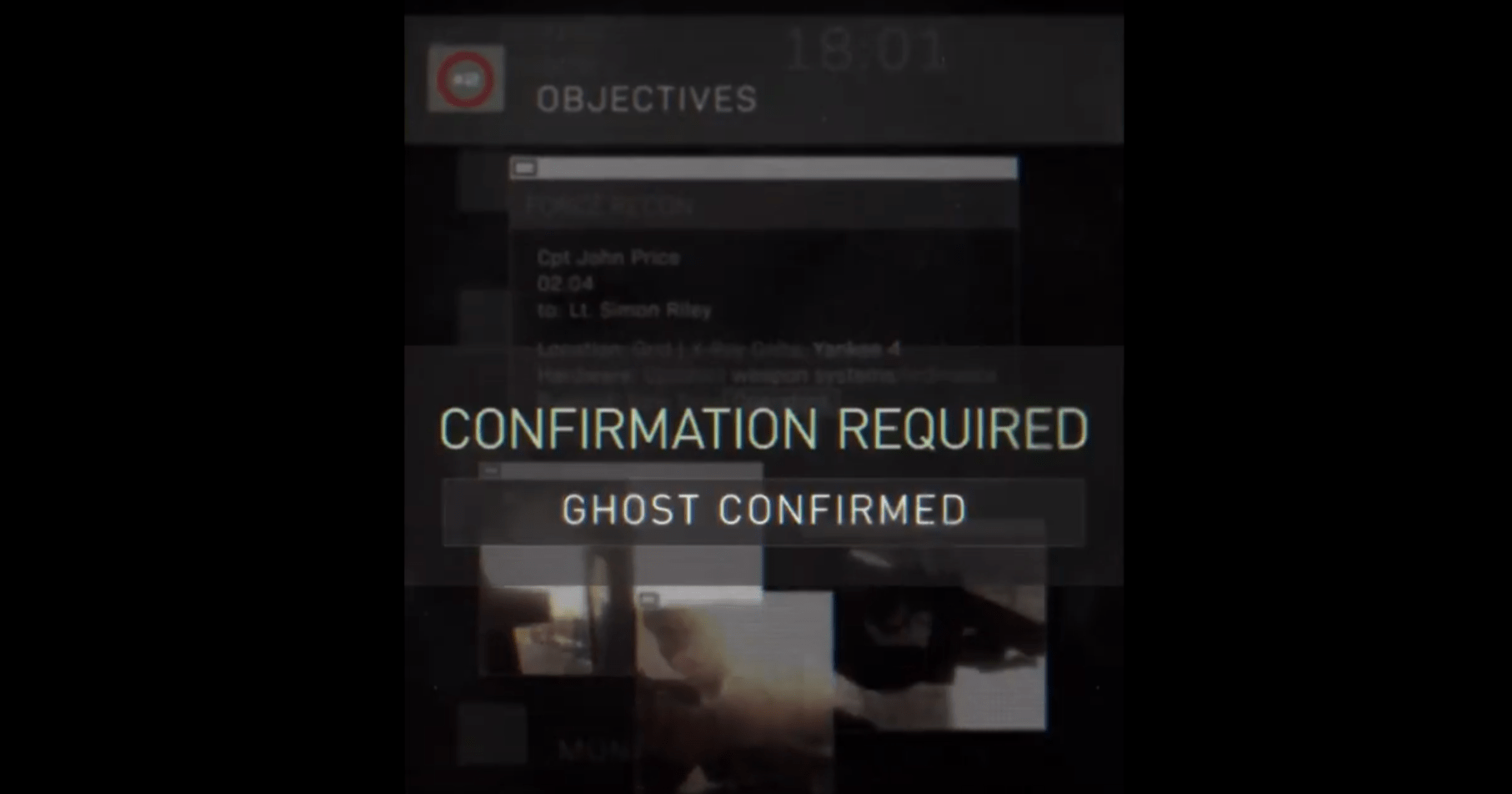 Since early December, Call of Duty: Modern Warfare gamers have been grinding it out playing the Season 1 Battle Pass. There are 100 Tiers for players to work their way through, with each one granting them a reward. These tiers have an assortment of different prizes, including new operators, guns, and XP multipliers.

Well, it seems like Season 1 is coming to an end soon, which means one thing: Season 2 is almost here! Earlier today, Modern Warfare’s developer Infinity Ward posted a video teaser onto Twitter:

During the video, a message is shown with the name Lt. Simon Riley. It then shows “Confirmation Required: Ghost Confirmed.”
Riley is known as “Ghost” and has been featured in many Call of Duty games, including Call of Duty Modern Warfare 2. Ghost is also available on Call of Duty: Mobile. If gamers purchase the Battle Pass in that game, they will instantly get him as an operator.

At the end of the video, the background fades to black, and a message pops up saying, “The war rages on February 11.” There has been speculation for the last few weeks about when the next Call of Duty: Modern Warfare Battle Pass season will start, and it appears that gamers have finally gotten their answer.

To watch an in-depth breakdown of the trailer, as well as some theories on what it all means, gamers can watch this video that was made by Inkslasher:

Not much has been announced about the Season 2 Battle Pass. Modern Warfare gamers can imagine that they will be sent back down to Tier 1, and there will be at least 100 new tiers to navigate through. Just like Season 1, to participate in the Battle Pass, players will have to pay for it as well.

There may be other new things coming with the Season 2 Battle Pass as well. Infinity Ward could be working on a new map to drop during the update, or maybe they’ll finally release the highly theorized and hyped Battle Royale game mode. There still hasn’t been any official word about the Battle Royale mode. But there have been a ton of leaks that point to it being a reality.

There have been glitches that have thrust players above an unknown, giant map. It’s been speculated that it has been created for a 200-person Battle Royale. With Season 2 dropping on February 11, it may be time for Infinity Ward to announce this highly anticipated game mode.

Saints Row 4: Re-Elected Is Coming To The Nintendo Switch; An Announcement Trailer Is Out Now