Overwatch League: Superstars Profit And Gesture Both Leave The London Spitfire During Off-Season For Unknown Team 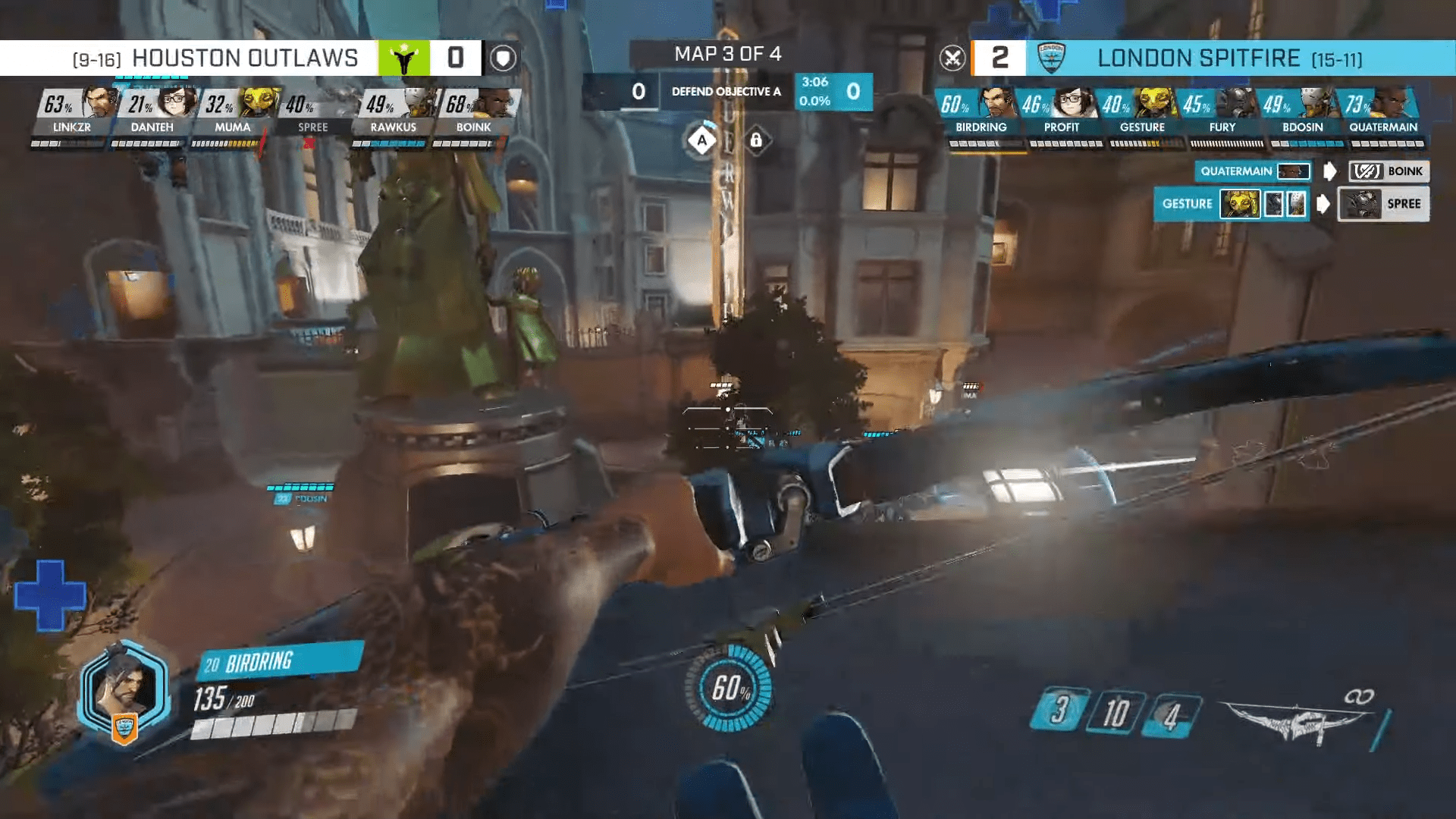 The Overwatch League transfer season is in full-swing right now, with some puzzling moves being made across the league. Hydration being signed to the Houston Outlaws (which could have exciting synergy with Linkzr), along with signing the Vancouver Titans head coach Harsha puts the Houston Outlaws in a more dangerous position than they’ve seen recently.  The buzz-worthy MekO leaving New York Excelsior last week to realms unknown also promises a shake-up.

Just now, the London Spitfire have officially announced that Profit and Gesture are both leaving the Spitfire after leading them to a season one finale championship, and the stage 1 finals victory as well.  While rumors have been found across the internet of where Profit and Gesture will end up, nothing has been officially announced as of yet.  Much like the MekO situation, however, names as large as these two don’t come along often, and they more than likely already have a signed contract with someone that has yet to be leaked.

The legendary @Gesture and @ProfitOW duo have been integral members of the London Spitfire, but today we say our farewells. We’ve won a championship together – a feat that will never be forgotten.

Thank you and we wish you the best of luck with what your future holds for you. pic.twitter.com/RRhpYuyvNU

Profit and Gesture came into the Overwatch League inaugural season and immediately showed their worthiness of the league’s stage, leading London Spitfire to the stage 1 championship, and then seemed to cease growth in the league.  Despite strong showings across season 1 & 2 of the Overwatch League with decent statistics, yet the Spitfire began stagnation while other teams began explosive growth across the league.

Profit’s insane game sense brought multiple clutches to the London Spitfire, although concerns that his best hero pool is currently outside of the 2-2-2 meta that we’ve seen forced by Blizzard may force a lower contract price than if he was picked up late Season 1.  Despite Profit holding a decent Brigette during the tenuous GOATs meta, his staple Tracer play is something that the league appears to have unfortunately outgrown.  Pundits stating that his play will increase exponentially once Tracer has regained meta standing fails to recognize that a lack of constant play with a hero results in degradation of skills with that hero, as was seen at the initial 2-2-2 meta creation.

Gesture has maintained viability in the general tank pool and league-play consistently.  Gesture’s main tank position has been one that he has held with pride, and he’s never shied away from holding the shield in front of Spitfire‘s veritable arsenal across all maps.  While Gesture currently finds himself locked-in as Orisa due to meta shifts, which many main tanks have bemoaned for her slow playstyle and lack of ability to win fights singularly. Take heart, as Gesture’s Reinhardt is to be feared for pristine shield placement and offensive plays that constantly force their opponents to fight on their heels.

Whether Gesture and Profit stay as teammates in this new transfer is up in the air.  The newest season amusingly gives team General Managers the ability to carry their teams, as they’re forced to manage the international movement of players and gear; visa issues could culminate to heavy-hitting teams being unable to field their primary roster or loss of gear in travels could result in superstars being made to play with suboptimal gear.

Regardless of where the cards(players) may fall this season, one thing is sure; it’s cooking up to be a great Overwatch League season for 2020.

Note: Profit and Gesture have officially announced they are being picked up by the Seoul Dynasty after publication.

The All-Eating Grendel Now To Be Added To Warframe's Next Update: Be Ready For An Eating Spree!