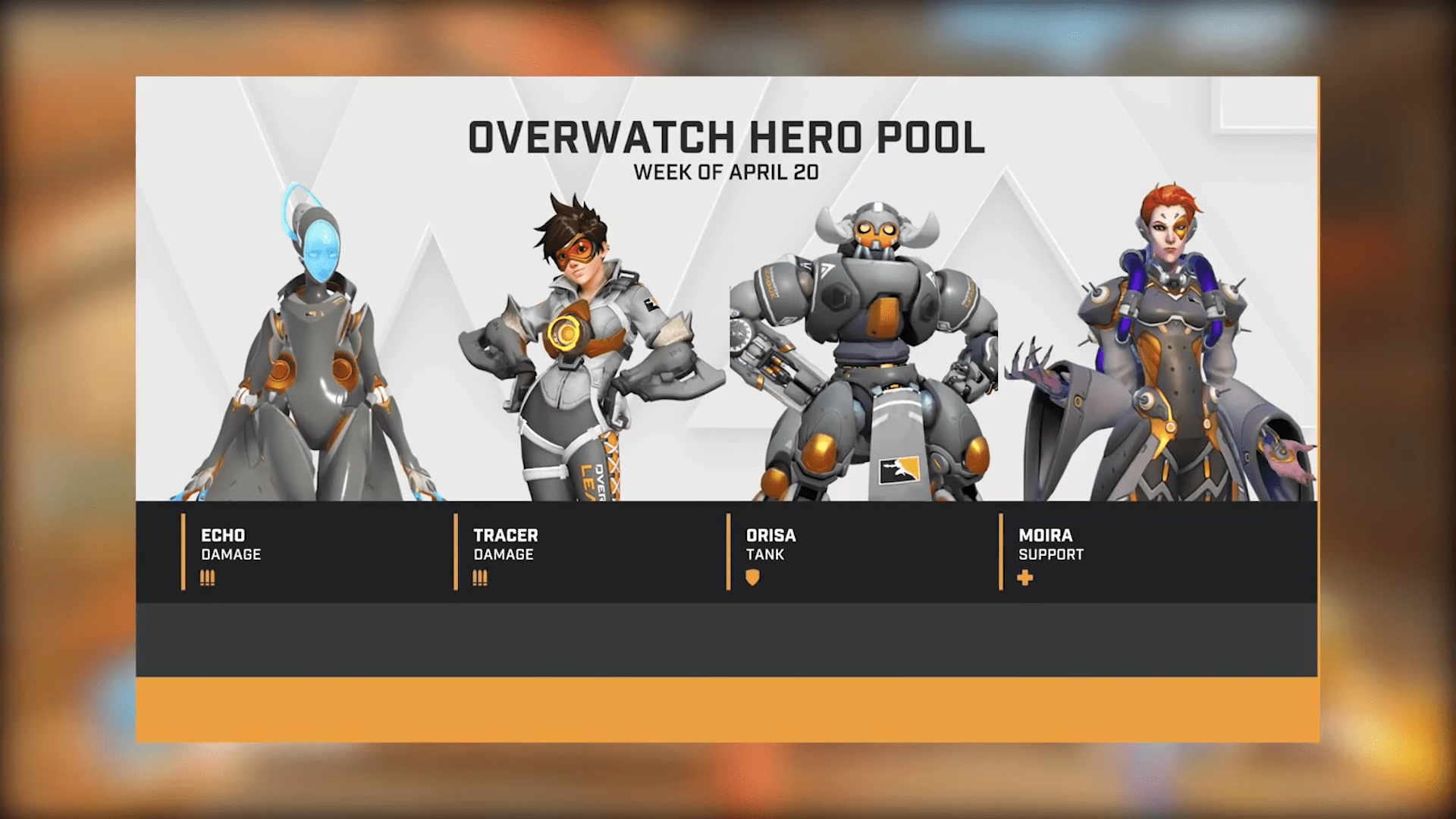 If you’ve been following the situation with the newly introduced hero bans in Overwatch, you’d know just how divisive it has been among fans. The banning of the recently released Echo has many players concerned that the system is not working.

This growing concern has become so prolific that the lead designer of the game Jeff Kaplan decided to respond to a critical Reddit thread in order to alleviate public sentiment and give a bit of insight for players as to why the devs are making the decisions they are.

The original thread was posted with complaints about how the algorithm is not working correctly when deciding which hero is banned week to week. The devs originally stated that the system was designed to take into account playtime for both the highest level of competitive ranked play, and play in the Overwatch League. This seemed contradictory, however, as the hero Echo was banned this week despite having absolutely no OWL play whatsoever.

The reply post from Kaplan seemed to hint that the system was tweaked to not take into account OWL playtimes at all. This seems strange, given that the decision was recently made to combine the OWL and ranked banlist into one, in order to make it easier for OWL players to practice while playing on the ranked ladder. So the bans are designed to supposedly make it easier on OWL players, while simultaneously not taking into account the meta differences between the two circles.

Speaking on the specific concerns with the new hero Echo being banned despite her recent introduction to the game, the developer stated that, “Echo being banned was a possibility we were well aware of.”

He even goes on to say that the team knew that both players and OWL viewers would be upset due to this ban, but they felt sticking to the “integrity of the system” was of utmost importance. Player feedback and enjoyment both were seemingly both pushed aside for the week in order to uphold the integrity of an ever-changing, recently introduced algorithmic system.

Kaplan did write a bit about the goals for the hero ban system for the team and said that the system isn’t intended to solve balance issues, nor to fix issues of “fun heroes vs. bad heroes.” The system is primarily designed to rotate high impact characters from play in order to shake up the current meta, and that the team believes the system is working in that regard.

It is completely true that high impact heroes have been rotated out of the meta during the first week of this new algorithm, both Orisa and Moira are enjoying a top spot in the meta currently. However, for the majority of the player base impacted by these bans, a stale meta is non-existent.

For most, the impact of these bans has been limiting heroes in an already small roster, especially for those who main tanks or healers. This is not to say that the concept itself is flawed, an everchanging way to diversify the kinds of heroes played in Overwatch is something that can freshen up the title.

Some have suggested a more Rainbow Six Siege-esque ban system where a set number of characters are voted to be banned by each team individually before each match. However, in the long run the devs are concerned about “ban metas” forming from a system like this, where disliked heroes are almost uniformly banned before each match. Time will tell whether this will be implemented sometime in the future, but it seems more likely the Overwatch team is planning on tweaking the current system based on the Reddit post.

The Narrative Thriller Telling Lies Is Coming To Switch, PS4, And Xbox One On April 28