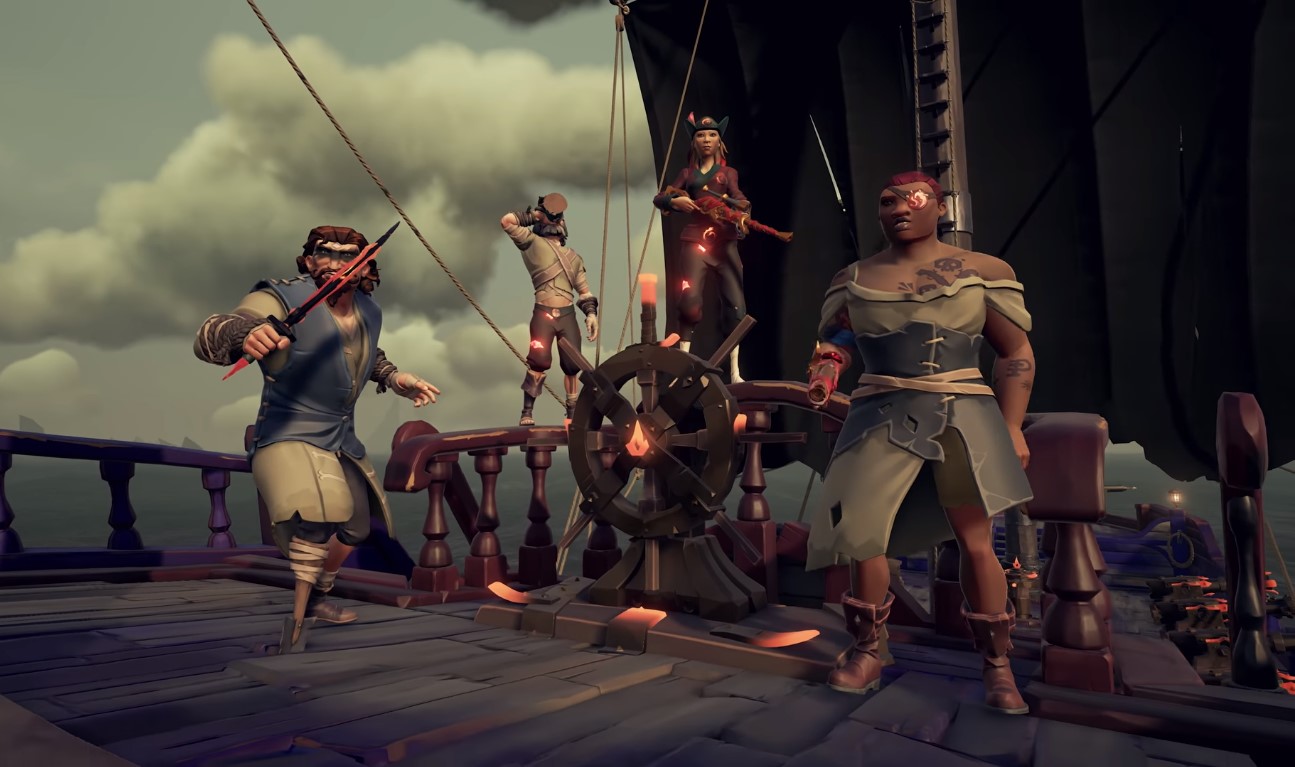 Sea of Thieves’ latest update — Ships of Fortune — launches today. That means new content and adventures for sea explorers and pirates all over the world. There are a lot of noteworthy improvements, but one at the top of the list is a new rewards system.

For the longest time, being a pirate in Sea of Thieves has been a flip of a coin. Most of the time — though — you would come up empty handed after defeating another ship in battle. You can imagine how disappointing it is to plan out the perfect nautical strategy only to be foiled with poor rewards.

It happens a lot and a huge reason for this is pirates are smart. They quickly head to the nearest drop-off location to sell their goods and resources before other pirates can plan an attack. So a lot of times, the juice isn’t worth the squeeze. The new rewards system from Rare aims to fix this.

It’s divided into five different factions. Whichever faction you join, you’ll be able to earn better loot after taking down a rival faction’s ship. That’s still the case even if the ship doesn’t have a lot of rewards to offer. It’s a brilliant update from Rare because now players don’t have to feel like they’ve wasted their time going after other ships.

You’ll also be able to earn better payouts by completing voyages. All the while, you’ll increase your Emissary Grade. If you actively pursue other ships with higher Emissary Grades, their flags will be worth a lot more. Thus, voyaging and engaging in pirate warfare is now much more meaningful.

Additionally, being able to choose a faction is a great way to make Sea of Thieves more social. You get to choose which group you want to represent and every victorious sea battle is one step closer for your faction to reign supreme. The various factions give players something to really brag about.

This new rewards system is just the tip of the iceberg in Ships of Fortune. Rare is constantly doing their best to evolve this action-adventure game and satisfying their loyal fans. It’s quite amazing to see how far this pirate game has come since launching in 2018 as well. What was once a repetitive experience has gradually transformed into limitless open-sea adventures. Now’s the perfect time to get in on the action if you’ve missed the boat like many others.

Call Of Duty: Warzone Cheating Is Still Pretty Bad, But Infinity Ward Plans On Putting Cheaters Together In Latest Strategy