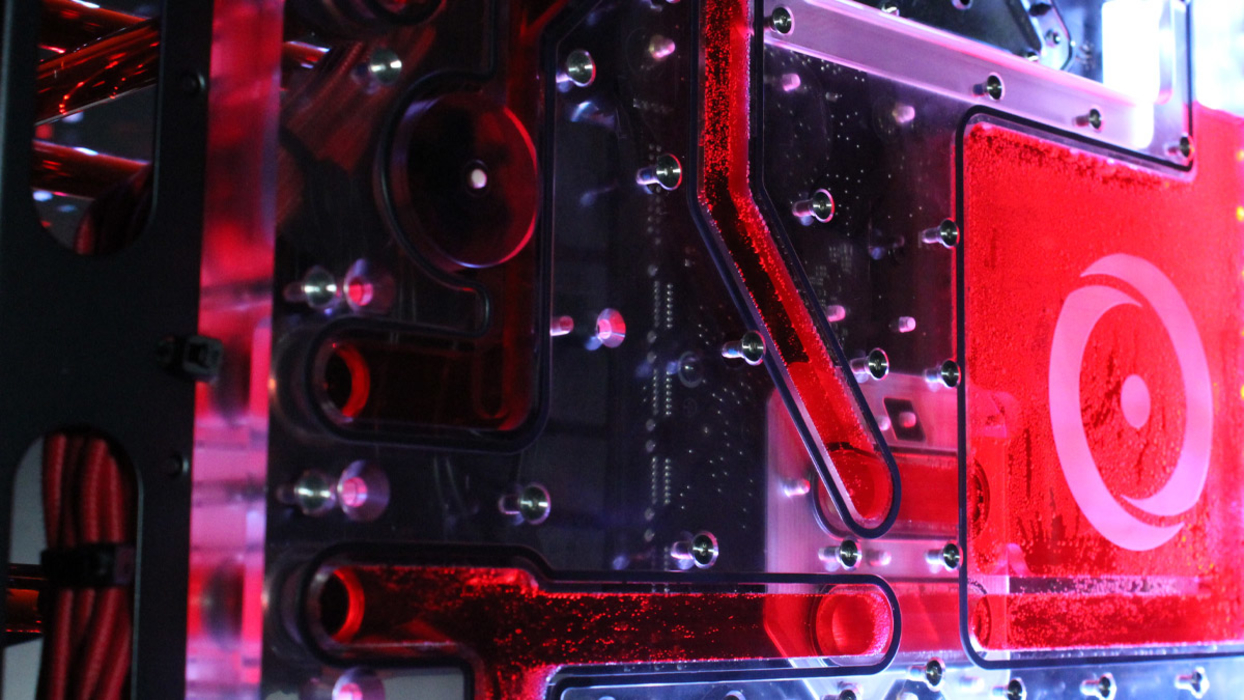 Origin PC unveiled the Cryo Core, which is designed to cool down its Genesis and Millennium gaming desktops.

The Cryo Core is described as a liquid cooling system for your motherboard mount. Simply put, it’s a peripheral heat-dissipation tech that is affixed behind the motherboard tray.

For the Genesis PC, there are four motherboard mounting locations that suit different setups and configurations. You can opt for the traditional ATX mount or an inverted ATX mount. You can also choose to install it on a 90-degree vertical mount. You can change things around as you add or take out from your build.

The boutique builder said the Cryo Core rechannels cooled liquid coming from the radiator to both the CPU and GPU. To make your build a conversation starter, you can switch the panels into the tempered glass. This way, you can really see the liquid cooling with the RGB lighting and the flow meter.

Another cooling solution is the Cryogenic Stage III, which is designed to optimize your components while preventing throttling. You can really abuse your CPU with this advanced liquid cooling technology that ensures optimum heat dissipation. The thick tubing looks heavy, but it’s actually really quiet even during peak performance.

Both the Cryo Core and the Cryogenic are liquid cooling solutions that are designed for performance and aesthetics.

The Cryo Core is going to fetch a starting price of under $350, which is not bad considering how cool it looks.

For comparison, the Corsair Hydro X cooling costs between $360 and $900. At the heart of the Corsair products are the XC7 and the XC9, which work to redistribute heat away from the CPU. It allows you to overclock without worrying too much about the temperature. The Hydro X system features a copper cold plate that is nickel plated for extra protection.

However, if you are looking for high-quality liquid coolers for your PC, you can’t go wrong with AlphaCool Eisbaer 240. The best thing is that it’s pretty cheap. You can purchase one on Amazon for a little under $94. It runs directly from your BIOS, and by ditching the software, AlphaCool made things simple and effective. The only drawback is that there’s no RGB lighting.

There’s also the Thermaltake Water 3.0, which can be purchased at Amazon for just $139.99. The liquid cooler comes with RGB so good news for those who like their CPU with cool lights. It’s very quiet, so that’s doubly fortunate.

The Cryo Core is already available today. Head on to the Origin PC website.

Nov 5, 2020 Kenny Kimberly 5300
The last couple months have shown quite a few massive launches in the tech sphere of the world. PC enthusiasts have had quite a treat with everything...

Oct 21, 2020 Chris Miller 8330
The NVIDIA Ampere series came out and was gone within a second on many retail sites, with purchasers boasting about how many cards they were able to...

Apr 1, 2020 Emmanuel Giovanni 12180
Yesterday, Maingear announced the relaunch of their brain-child 'Rush Series,' a robust line of gaming desktops that is ROG Certified. This is good...