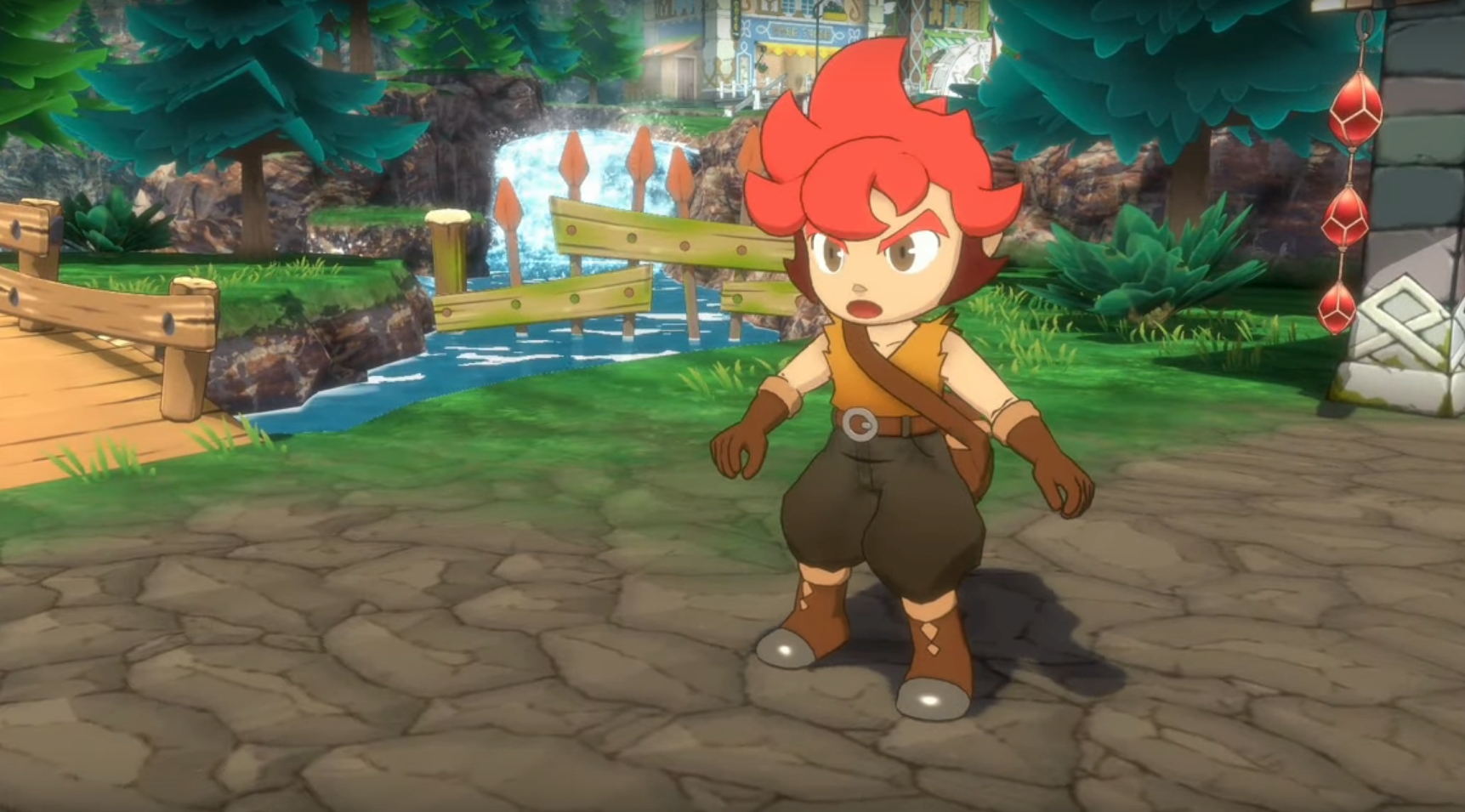 During the recent PAX South 2020 event, NIS America revealed they were producing a physical edition of Little Town Hero.

The title, which was developed by Game Freak with music composed by Undertale’s Toby Fox, was previously released as a Nintendo Switch exclusive on the eShop.

“In an isolated village on the edge of the world, a young boy named Axe dreams of seeing the outside world, although everyone is forbidden from venturing beyond the town borders. However, everything changes when a giant monster suddenly attacks the village, and Axe discovers he can fight using the power of a mysterious stone that turns his ideas into attacks. Through his trials of defending the village, he gradually unravels secrets of how the stones and the monsters came to be.” states the official game summary.

The game focuses on using “Ideas” to attack and defend against enemies. There are no random battles, so players can plan their attack strategies before leaping into fights.

Players can befriend the townsfolk to gain their support and gather more ideas for use in battle. As important as it is to win battles, developing relationships with others is just as important.

Gamers may recognize Game Freak, as they are well-known for developing the Pokémon game series.

The physical edition of the game is called Little Town Hero: Big Idea Edition and is available for preorder on the NIS America online store.

Little Town Hero: Big Idea Edition comes with the base game inside a box, “Life in the Village” rt book, poster, lapel pin set, and official soundtrack all packaged inside a collector’s box. Images of the collectors’ edition items are available on the store listing.

There’s no additional content that comes with the physical game. The physical edition is perfect for fans of the game who want bonus merchandise but aren’t looking for more game content.

The physical edition is scheduled for release in Spring 2020. An official release date is not yet known.

Hero Hunters Updates To Version 2.10 For The New Year And New Heros Comes With It

Oct 26, 2022 Tom Lee 630
In talking about the new dog monster in Pokemon Scarlet and Violet, enthusiasts have pointed out that its ability presents a significant missed...