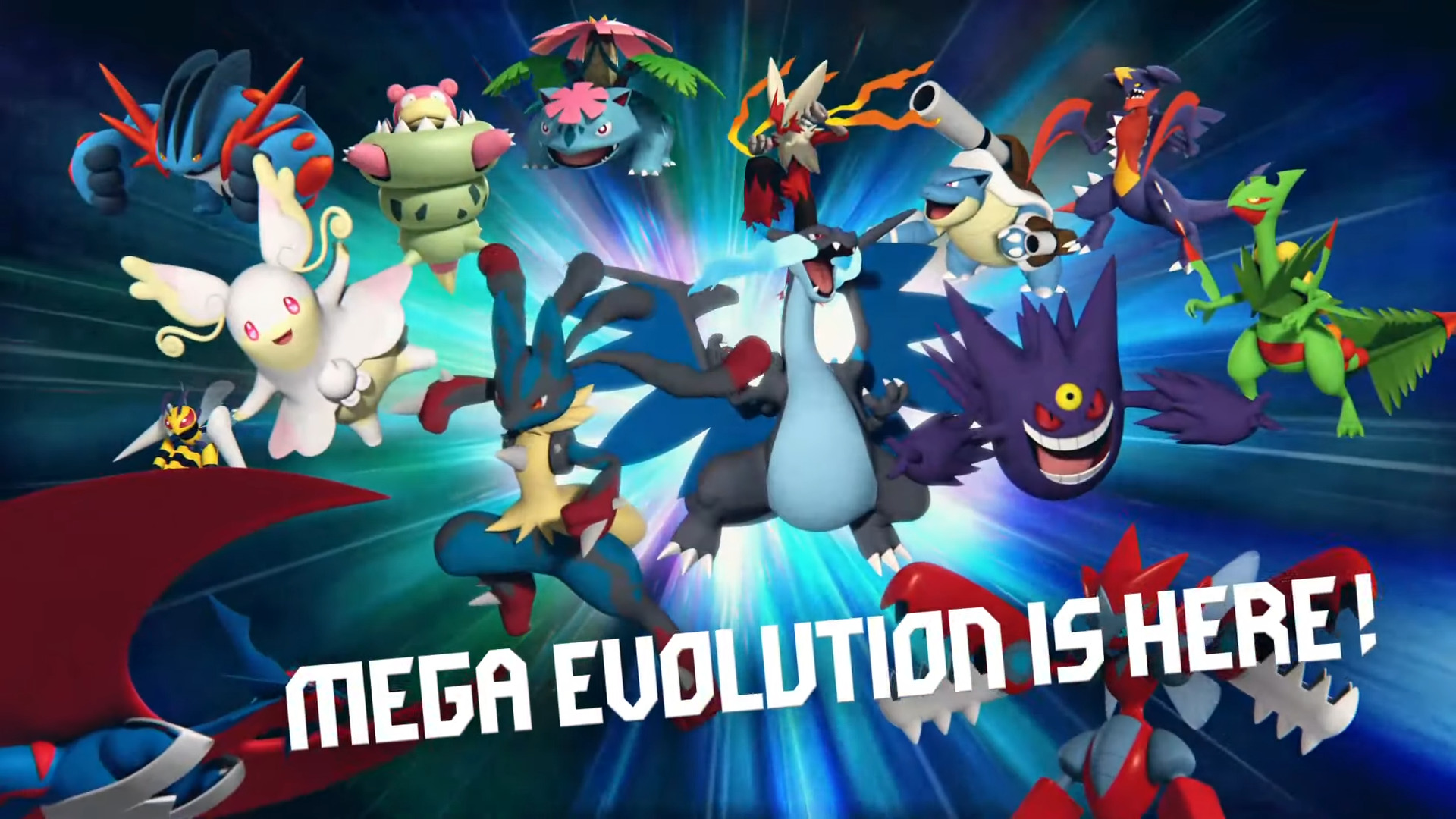 Pokémon Go is back with one of its biggest updates yet – adding the highly-anticipated and wildly popular Mega Evolution mechanic to the game. For those who are unaware, Mega Evolutions debuted back in 2013 as a major mechanic in Pokémon X and Y. As of August 28th, this mechanic was finally added to Pokémon Go, although in a limited capacity.

Mega Evolutions are temporary transformations that change the appearance of a Pokémon and enhance its stats. They also may provide the pokémon with a new Hidden Ability which usually is meant to complement the pokémon’s new stats and appearance. For example, Gardevoir’s Attack and Special Attack increase significantly when mega-evolved, and it gains the Hidden Ability Pixelate, which turns all Normal-type moves into Fairy-type moves.

This transformation allows the Gardevoir to make better use of its Normal-typed attacks by giving them a boost to damage via STAB, increasing the fire-power (fairy-power?).

Additionally, Megas in Pokémon Go are tied to Mega Energy, which will be used to Mega-Evolve your Pokémon once you’ve reached enough. Alongside the release of Mega-Evolution also comes new Mega Raids.

Mega Raids are comparable to 5-Star Legendary Raids in terms of difficulty but provide Mega Energy corresponding with the Pokémon appearing in the raid; the faster you complete the raid, the more Mega Energy you collect. Afterward, you’ll get the chance to catch the normal version of the pokémon as usual.

At its release, only 4 Pokémon are going to be eligible for Mega Evolution: Blastoise, Charizard, Venasaur, and Beedrill. Blastoise, Charizard, and Venasaur will all be available through Mega Raids, with Beedrill being unavailable as a Mega Raid. Instead, Beedrill will be receiving its own Special Research questline with corresponding rewards and Mega Energy.

If you’re worried about your favorite Mega being added in, don’t stress! Developers at Niantic have already stated that more Megas will be added to the game gradually, in order for each one to get the attention and spotlight it deserves.

Once Mega-Evolved in Pokémon Go, this transformation appears to be final.

The first event lasts from September 1-7, and challenges trainers to finish as many Mega Raids as they can. The second event will focus on using Mega-Evolution against Team Go Rocket members and raid bosses and will last from September 11-17. The final event of the month will have players increasing their friendship with the new megas and will span September 22-28.

Alongside these big additions comes some changes to how Raids work as well. Namely, Niantic is removing the 2-Star and 4-Star Raids from the game, leaving only the 1, 3, and 5-Star Raid options. According to Niantic, 2 and 4-Star Raids simply aren’t popular, with time investment and rewards seemingly not worth it to players compared to other tiered Raids. Niantic will also be removing the team contribution bonus from the game, as they felt like players on the minority teams were getting the short end of the stick. Instead, this will be replaced with the speed-clearing mechanic mentioned above, giving players who cleared the Raid faster with more rewards.

New and exciting pokémon are making their debut this month, be sure not to miss this opportunity!