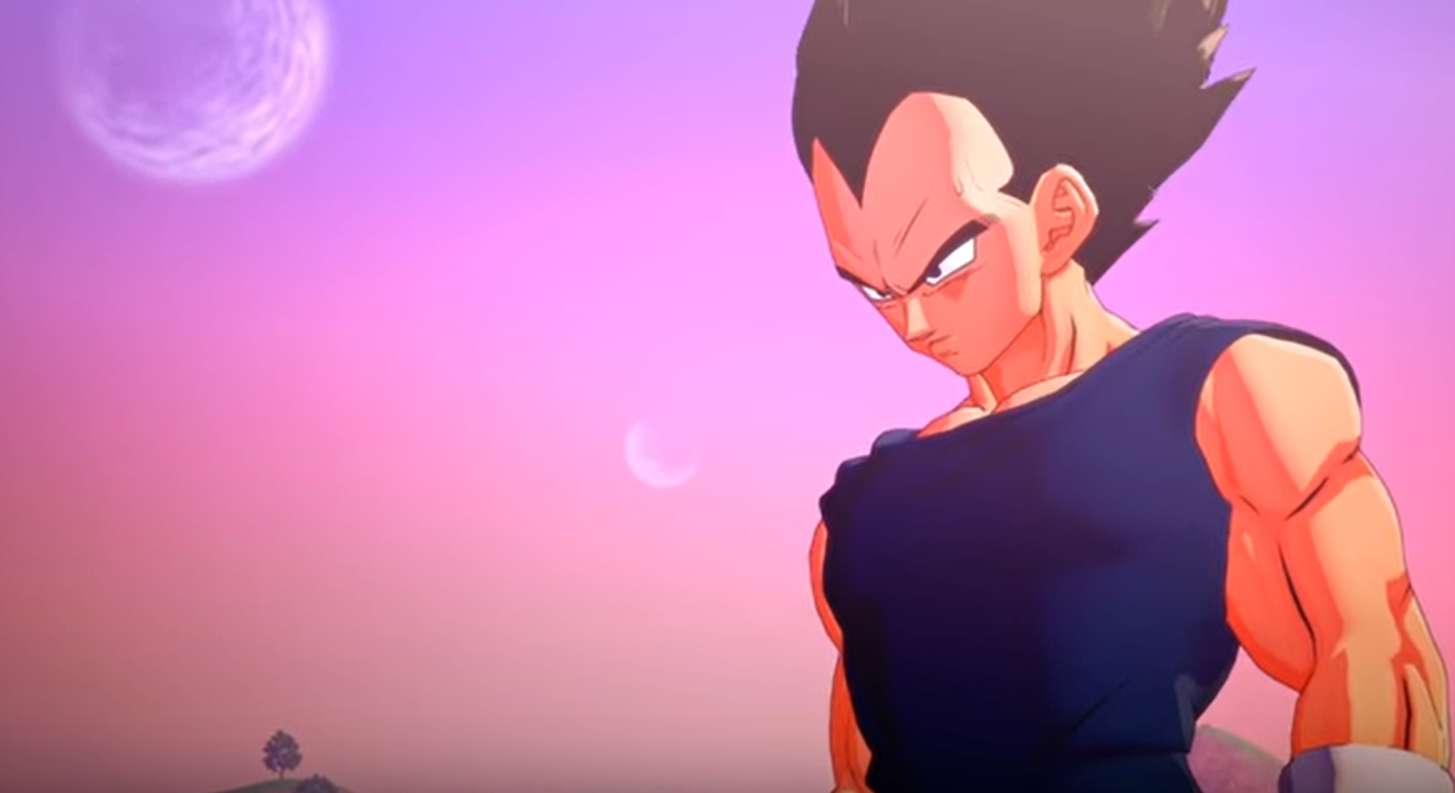 This trailer was titled the “Vegeta Trailer” on YouTube, and unsurprisingly if focuses on Goku’s longtime rival, Vegeta.

While most of the trailers we’ve seen for this title focused heavily on gameplay elements, this one is entirely story based.

It follows one of the single biggest character growth moments for Vegeta, at the end of the Majin Buu arc of Dragon Ball Z. After years of pushing himself to match or surpass Goku, Vegeta finally admits to himself that Goku is the stronger of the two and reflects on why that is.

The trailer is positively chilling for fans of the original anime, as the song Boku-Tachi wa Tenshi Datta by Hironobu Kageyama plays in the background. The title of the song roughly translates to, “We Were Angels,” and it was the end credit song for the final season of Dragon Ball Z.

The trailer shows off a number of cut scenes and some gameplay.

“Kakarot,” Vegeta says in the trailer, “you really are something else.”

This dialogue is laid over some truly epic moments that will be familiar to any Dragon Ball fan. We see Goku’s first battle with Vegeta. We also see his epic struggle against the evil villains Freeza, Cell, and Majin Buu.

The music and stellar dialogue mix perfectly with the clips and should excite fans of the franchise both old and new. Vegeta’s monologue here is expertly brought to life by Dragon Ball veteran Christopher Sabat, who plays Vegeta, Piccolo, and the titular dragon Shenron, who is summoned when the Dragon Balls are assembled.

“I can’t believe a battle loving kind hearted Saiyan like you even exists,” he laments. “Only you can do this. You are number one.”

Dragon Ball Z Kakarot combines elements of a traditional fighting game with that of an open world action-adventure RPG. Players will take control of Goku, along with Vegeta, Gohan, Piccolo, and Future Trunks (Mirai Trunks for you fans of the Japanese version of the show!). Other series mainstays like Krillin, Tien, and Yamcha will also be featured in the game as support characters to assist the player in battle.

Players will have the freedom to traverse both Earth and Planet Namek, completing major moments from the series and manga comic book along with several side quests.

Dragon Ball Z Kakarot releases on January 17, 2020 on the PlayStation 4, Xbox One, and PC.