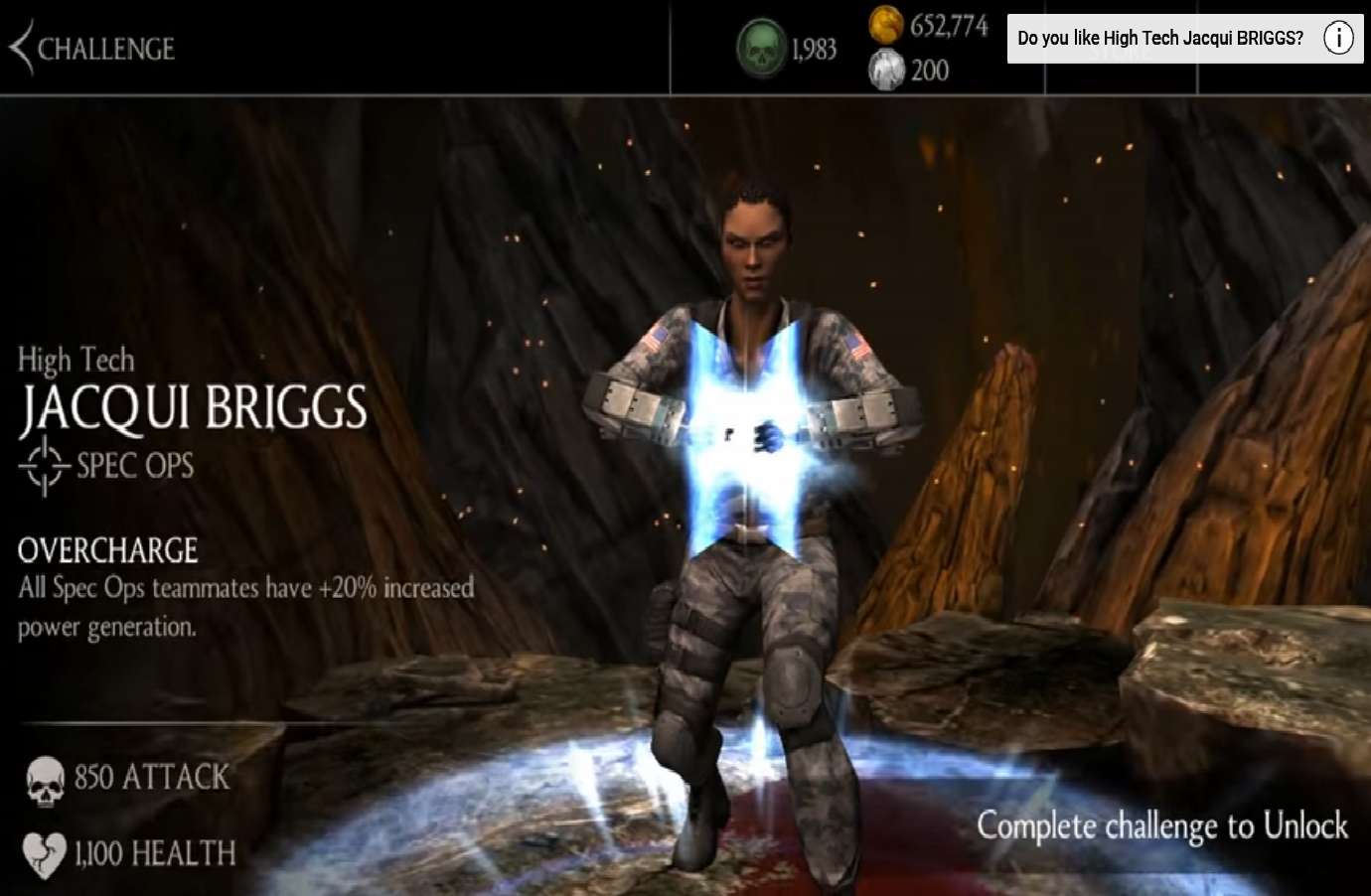 It’s time for a version update to Mortal Kombat Mobile, and with it comes a new character and a new weekly tower. So prepare yourselves, Kombatants, for the new warriors available to you!

In the 2.5.0 update patch notes, Netherrealm Studios informs players that a new character is available to purchase from the random card packs, Diamond tier Black Dragon Tremor. Tremor as a character was introduced into the much-maligned Mortal Kombat: Special Forces as a member of Kano’s Black Dragon Clan. He was a boss in that game and didn’t show up again in the Midway Timeline.

Black Dragon Tremor joins greedy clan mates, Cutthroat Kano and Black Dragon Kabal. A force to be reckoned, Tremor possesses the powers of an Earth Elemental. He sheds his Gold Skin to uncover a fiery Lava Skin that applies Fire on his next move while dishing out a ton of damage to tagged-out enemies. In Gold Skin form, Tremor gains resistance to all Debuffs. Black Dragon teammates gain a damage boost against enemies affected by Stun, Cripple, and Weaken.

In addition to the chance to get Tremor, players also get access to a weekly tower for High Tech Jacqui Briggs.

Jacqueline “Jacqui” Briggs is the daughter of fan-favorite Jackson “Jax” Briggs. She’s a product of the Netherrealm timeline and made her debut on the Mortal Kombat X comics, as well as Mortal Kombat X.  She’s a member of Sonya Blade’s Special Forces and worked alongside Cassandra “Cassie” Cage in many missions unseen in the games or the comics.  She’s part of the “Kombat Kids”, as fans call them, and helped get Cassie where she needed to be to defeat Shinnok at the end of Mortal Kombat X.

Jacqui Briggs shows up again in Mortal Kombat 11 and works alongside the past version of her father to collect Kronika’s crown, only stopped by the Elder God Cetrion. Her fate after Fire God Liu Kang was forced to reset time is unknown.

High Tech Jacqui Briggs is based on her Mortal Kombat X version, and her towers are easy to get through, with only the final two towers having any real tricks. The fourth tower requires all Outworld fighters, while the final tower requiring D’Vorah, which is a strange choice, as Jacqui has more of a connection to Ermac due to what Ermac did to her father before she was born.

If players want to get their hands on High Tech Jacqui Briggs, they can do so easily. But they shouldn’t be surprised if getting Black Dragon Tremor is difficult to get due to the random nature of the card packs.