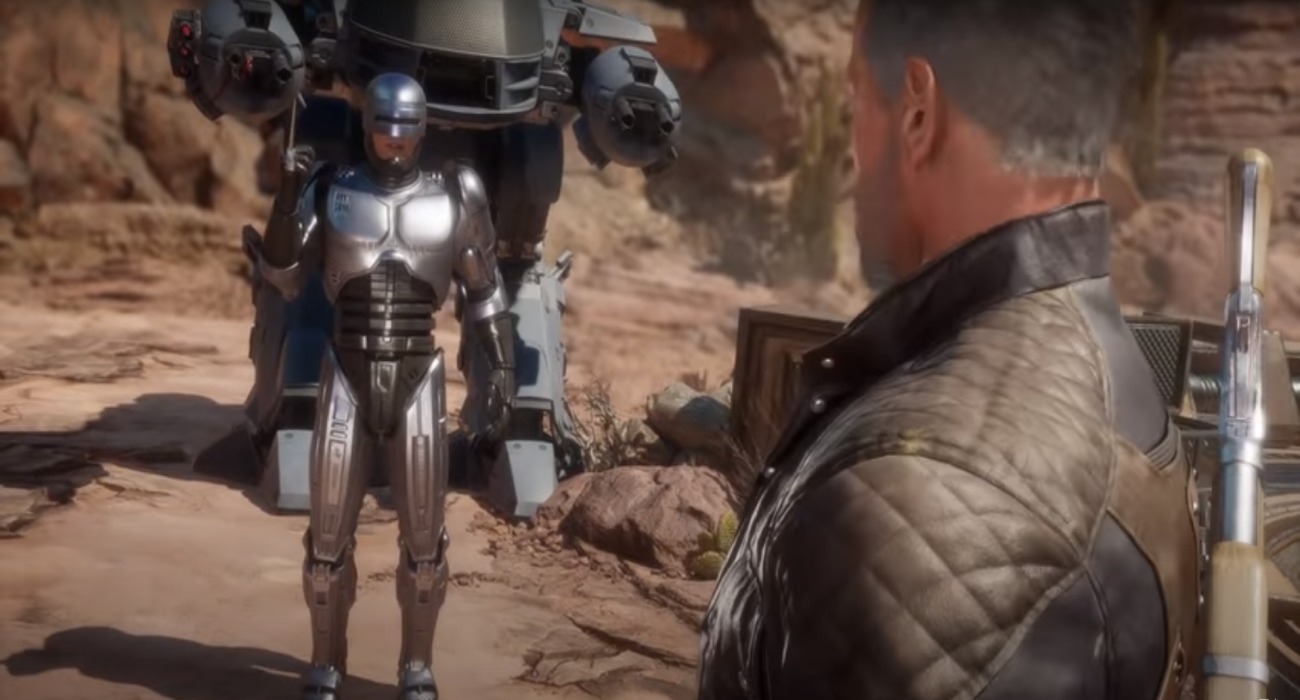 Out of all the 80’s action heroes that have been featured in blockbuster movies, Terminator and RoboCop have been some of the most iconic. They have such a presence on film that you can’t take your eyes off of.

It was only a matter of time before these two unstoppable forces went head to head in the video game space. Thanks to the Aftermath expansion in Mortal Kombat 11, this dream fantasy match is now a possibility. Thank you NetherRealm Studios!

Even better, there’s a new trailer featuring these two titans going toe to toe. Although both feature a lot of moving metal, they approach combat completely different. The polarizing nature makes this showdown all the more exciting to watch play out.

Both have a lot of firepower to work with. With the Terminator, he sticks to his trusty shotgun and brutal blows up close. The fact that he can teleport across the stage also gives him the element of surprise. Even though he lumbers forward, he’s still hard to pin down.

RoboCop is equally powerful, often relying on his pistol and missile attacks. It’s an epic showdown that you just have to see to believe. The end result might be surprising.

It’s this type of content that keeps Mortal Kombat 11 constantly in the gaming news cycle. This latest installment came out of the gate hot and NetherRealm Studios hasn’t once lifted its foot off the gas pedal.

They’re constantly figuring out new ways to improve the series and add new content that makes it easy to stick around with each installment.

Aftermath is an incredible DLC package, featuring new characters, fatalities, and story content. A lot of it will be free too. It’s the DLC character additions that keep steeling the show, though.

Just as the community has time to learn the entire roster’s moves, a new character enters the mix that keeps gameplay fresh. If you’re a fan of cyborgs, then you’re probably jumping at the opportunity to experience RoboCop vs. Terminator yourself.

Whichever side you’re rooting for, there is plenty of mayhem to look forward to. Only a couple of more days before MK 11 players can experience this incredible action.

Considering the trajectory that the developer is on in terms of new DLC, it might seem like they’ll slow down here pretty shortly. And yet, they constantly keep fans on their toes wondering what else could be in store. Who knows what else they have up their sleeves? Stay tuned!