League of Legends fans just can’t stop impressing the community. After someone delivered an amazing Cho’Gath cosplay, another fan shared their vision for a potential visual update to Janna.

A Reddit user shared the artwork created by Natalia “Verauko” Trykowska, an illustrator and concept artist. In this fan-made art, Janna looks like a goddess who’s come to bless the mortals of Runeterra. The overall color theme, a combined hue of gold, white, and a couple of dashes of cyan and dark blue, fits her perfectly. And the artist wanted to show what it’d look like for wind to shape itself in a human form where Janna’s chest would be. 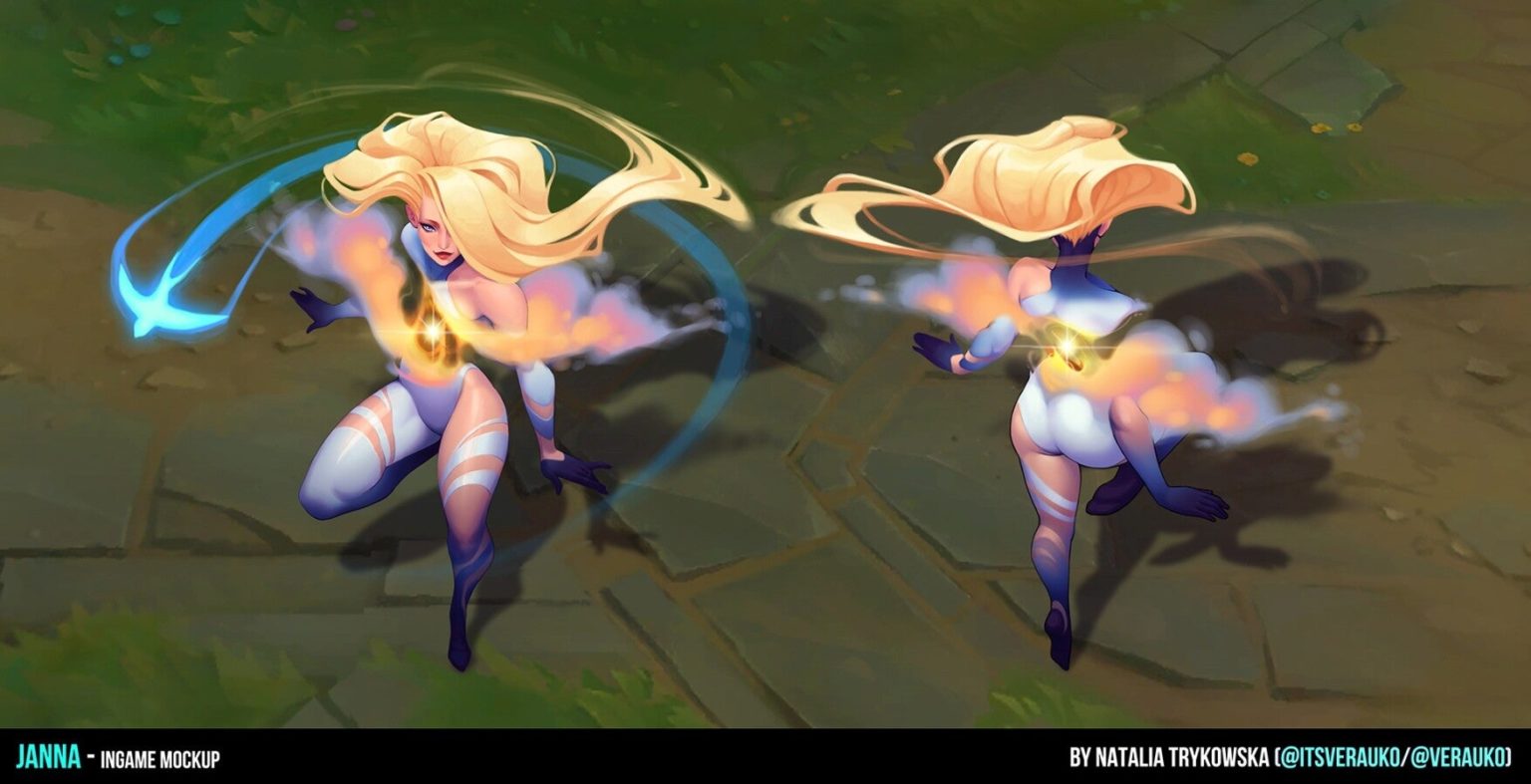 This visual update seems to completely change the dynamic of Janna from a poor girl who presents the weather news to a Marvel movie lead. The artwork raised a lot of divided opinions on the League subreddit, though. Some fans shared their delight for how majestic the skin looks, while others said they prefer the current simple, human-like design.

Janna joined the League roster in September 2009. Although she’s received a lot of changes over the years, the base idea behind her kit has basically remained the same.

Her kit most likely wouldn’t fit the overall theme of the fan-designed skin. But Riot is notorious for taking inspiration from such artwork, so the devs could potentially release a futuristic Janna skin, especially with the PsyOps skin line just around the corner.

Armed with the power of Runeterra’s gales, Janna is a mysterious, elemental wind spirit who protects the dispossessed of Zaun. Some believe she was brought into existence by the pleas of Runeterra’s sailors who prayed for fair winds as they navigated treacherous waters and braved rough tempests. Her favor and protection has since been called into the depths of Zaun, where Janna has become a beacon of hope to those in need. No one knows where or when she will appear, but more often than not, she’s come to help.

Janna passively gains bonus Movement Speed, and nearby allied champions gain this bonus when moving toward her. Additionally, Janna’s basic attacks cause additional magic damage based on her bonus Movement Speed. This skin would work perfectly with her kit, especially considering how she looks like a superhero.

Riot Games might take inspiration for a Marvel-themed skinline in the future and make this skin a reality, all we have to do now is wait.