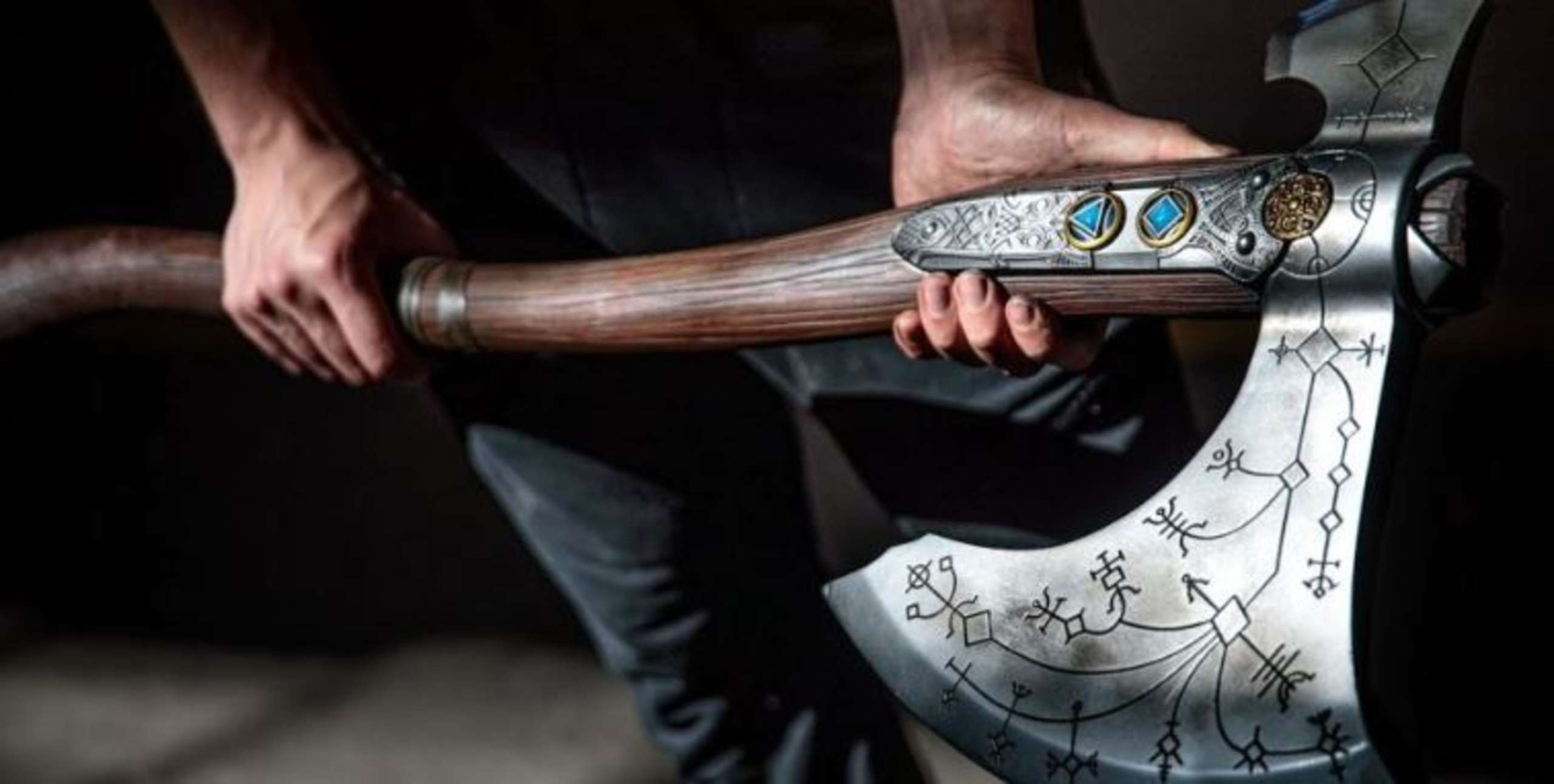 God of War‘s Leviathan Axe is already a formidable and beautiful weapon. Still, one fan has taken things further by redesigning it to resemble a Star Wars lightsaber hilt. The identical Dwarven brothers built the mighty axe that fashioned the God of War equivalent of Thor’s Mjölnir and held the power of ice.

In the 2018 God of War reboot, an older and more battle-weary Kratos trades his iconic Blades of Chaos for it. Due to the weight and force it carried each time it was thrown and mysteriously brought back, this new, slower weapon soon gained popularity in the franchise. It reflected Kratos’s more composed nature and the organized battle of God of War 2018.

Of course, many God of War fans has created replicas of the Leviathan Axe, even going so far as to add glowing runes that mimic the ethereal energy emanating from the weapon and its illustrious wielder to give it a more natural appearance. Through hacks, other people have inserted the Leviathan Axe into video games like The Witcher 3, enabling Geralt of Rivera to use it to dispatch monsters and bandits while traveling with his infant son Atreus through the Nine Realms of Asgard.

Now, a creative fan has reinvented Kratos’ formidable Leviathan Axe as a sophisticated weapon from a more civilized era—one that is no less capable of dispatching those who dare to endanger its wielder.

Even though Kratos would choose a peaceful life with Atreus over the bloodshed of his past, he will pick up the Leviathan Axe once more in the next God of War, Ragnarok. He and his son will go through the Nine Realms in quest of the truth behind an old prophecy that claims the world will end. The brutal Thor from God of War will eventually meet Kratos on this quest, and many fans have hypothesized that he may add the renowned Mjölnir to his ever-expanding armory of weapons.

Sep 28, 2022 Tom Lee 350
Several possible Easter eggs in Grand Theft Auto 6 have been revealed in a new YouTube video that analyses the freshly leaked footage, including a...