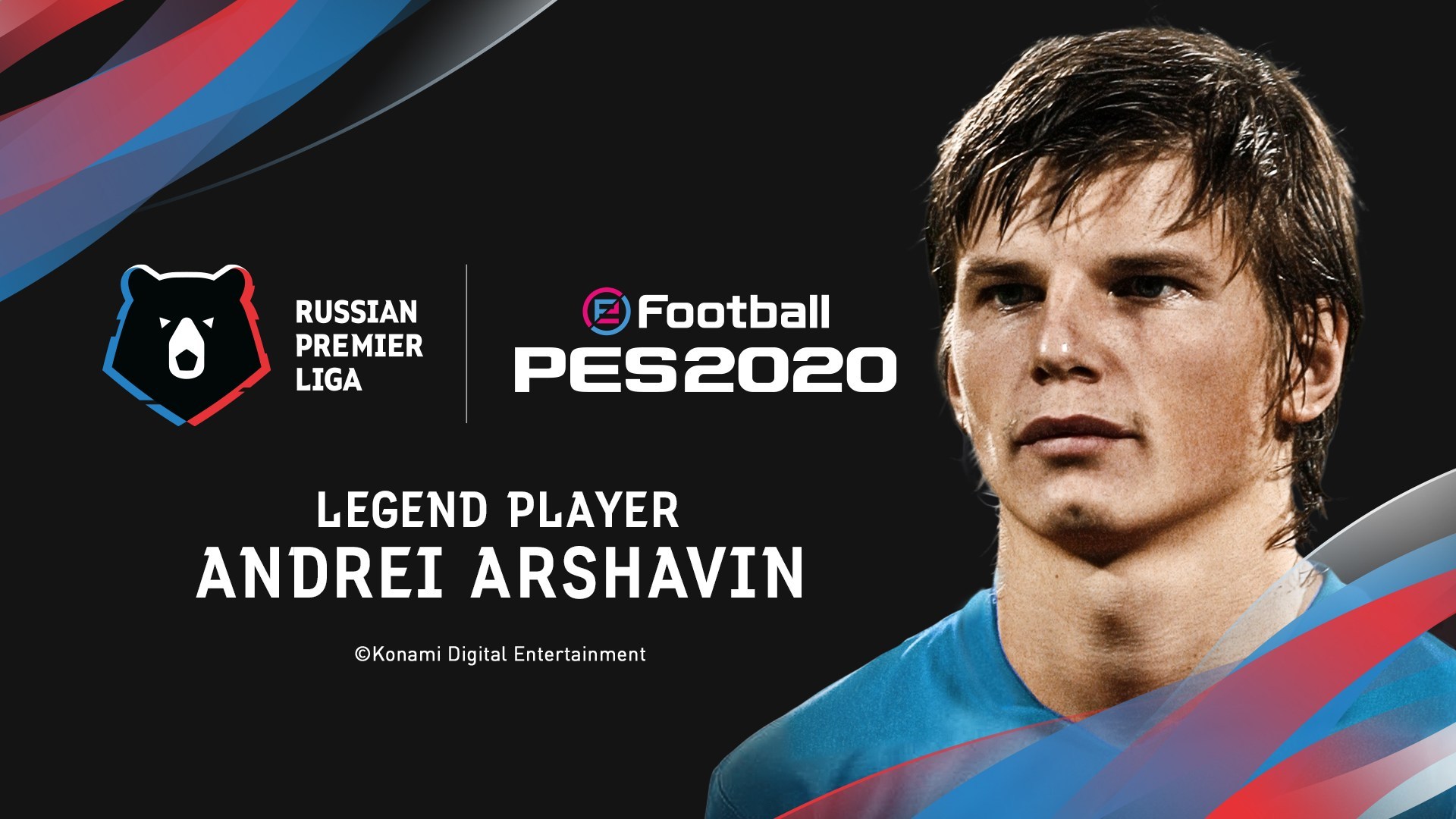 Konami has been teasing its upcoming soccer simulator game popularly known as PES. The upcoming release has been rebranded to eFootball, but many fans will still know it as PES 2020. In the latest news, the Japanese videogame developer and publisher has revealed former Arsenal sensation Andrey Arshavin as the newest entrant in the Legend’s Roster.

The mention of Arshavin makes Arsenal fans nostalgic of the memorable night when the Russian marksman scored four goals at Anfield in a thrill 4-4 draw. The retired soccer star will be involved in several upcoming marketing activities and promotions.

We are delighted to announce Russian National Team, @zenit_spb & @Arsenal icon, Andrei Arshavin will be EXCLUSIVELY available as a Legend Player in #eFootballPES2020! https://t.co/5bDRLBk4gC pic.twitter.com/ssBpkv1EcS

Konami has been keen on expanding its influence all over the world with the addition of new leagues. Last year, PES 2019 came with the fully licensed Russian Premier Liga for the first time in the history of the PES Series. This is inclusive of the teams and players, and it is here to stay.

Just recently, we saw Konami enter into an exclusive partnership with Juventus. The new union means FIFA 20 fans will no longer be able to explore the Allianz Arena. Currently, the Old Lady is sparkling with talent after the arrival of Cristiano Ronaldo, and more recently, Matthijs de Ligt. The game will also have Barcelona as an exclusive partner meaning the two best players on the planet are on PES.

And it’s not just Barcelona and Juventus. Konami has also partnered with Manchester United and Bayern Munich. While these are not exclusive, they grant the Japanese developer the 3D-scanned data of players.

eFootball PES 2020 is the talk of the town. Together with its archrivals, FIFA20, the two developers have promised to revolutionize the game. Konami and EA Sports have capitalized on the latest developments in AI to improve gameplay mechanics, flow and tempo.

Konami has already revealed the gameplay changes to expect in the upcoming blockbuster. Iniesta is also a partner, and he has been specifically chosen to showcase the new dribbling techniques, including finesse dribble. Context-sensitive kick accuracy, more realistic defense, improved ball physics, adaptive player interaction, and upgraded trapping mechanics are among the highlights. Besides the improvements in gameplay, eFootball will feature a new game mode, Master League and improved visuals.

eFootball PES 2020 will be released on September 10 on PlayStation4, Xbox One, Microsoft Windows, and Mobile (iOS and Android). Fans of the soccer game will have the opportunity to try the game once the PES 2020 demo is made available on PS4, Xbox One & Microsoft Windows on July 30.