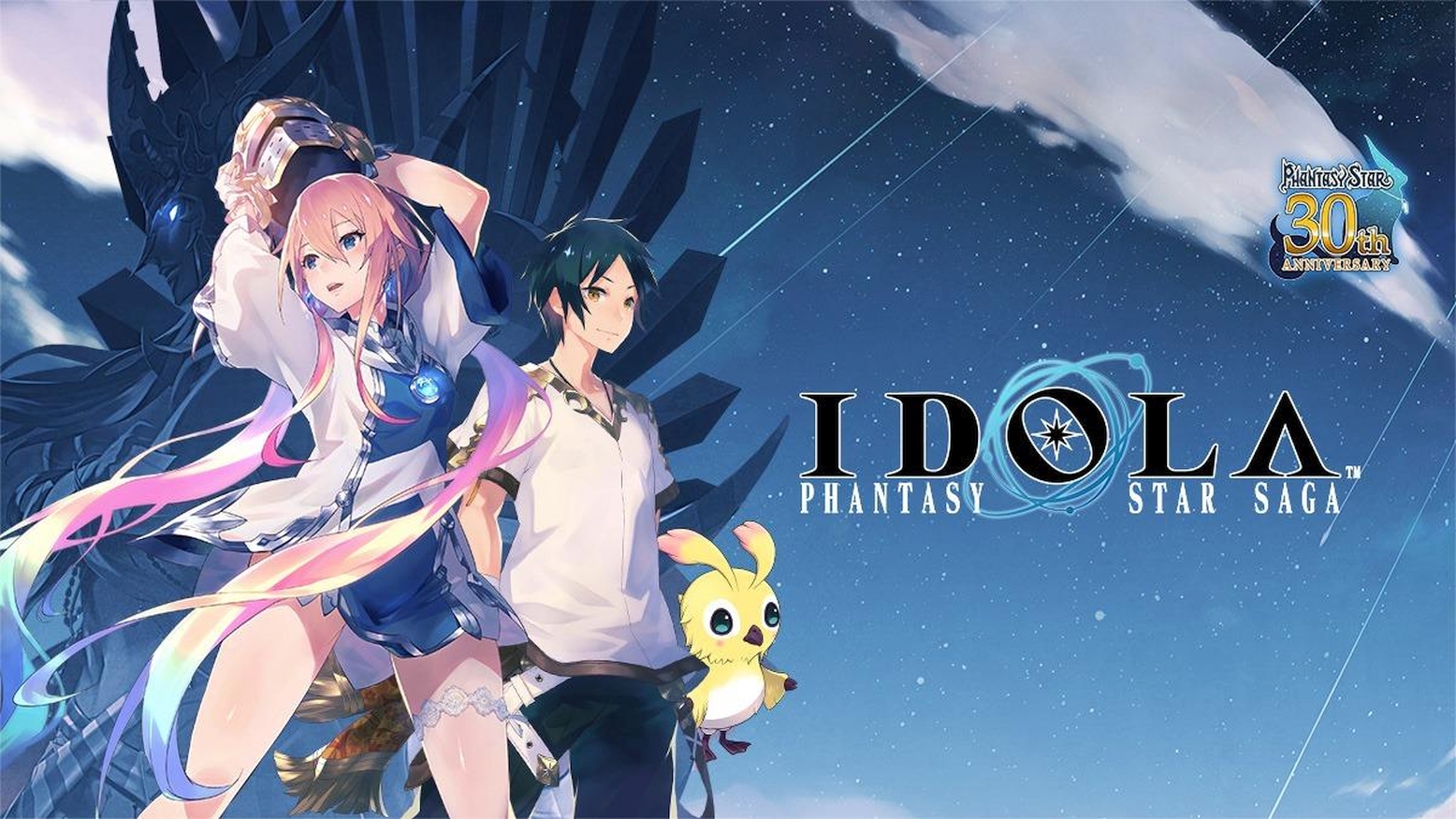 IDOLA Phantasy Star Saga is packed with turn-based battle gameplay with two-party modes, intricate illustrations, musical score, and a fully-voiced story campaign. The main story revolved around saving the land of Vandor from the thread of the Dark Falz. The characters are new to the series.

The mobile game returns to the classic turn-based gameplay system of the original games. Players select various commands for four characters in battle. Players can unleash their ultimate skill, the Elemental Blast, to defeat enemies. During the battle, players can switch between Law and Chaos part modes. Switching parties will unleash the all-out attack “Reverse Rush,” which can change the battle in the player’s favor.

There is more to enjoy outside of the solo campaign mode. Players can join forces with other characters to defeat the IDOLA or become an IDOLA to fight others. There are multiple IDOLA to choose from. Outside of the story mode is a PvP Arena. Players face other teams to see who will emerge as the “Ace” of the arena.

The game offers Daily Quests to complete revolving around the story, events, side stories, and challenges. Players can log in and complete the daily quests for additional bonuses.

Players who want to discuss the game with the developer and other players can follow them on social media. The developer also gives out codes for additional items occasionally that can be redeemed through Camp – Options- Redeem Code. Boltrend Games also has an official Discord channel set up and is accepting suggestions and feedback from the community.

IDOLA Phantasy Star Saga was initially launched in Japan in 2018. The game held a brief Open Beta earlier this year to prepare for the global launch. Although the game has been out for two years in the country, the servers are still open and occasionally hosting new events.

Rumor: Metal Gear Solid Franchise Currently In The Works For Remasters And Will Be Ported To PC And PS5? Sources Says So...