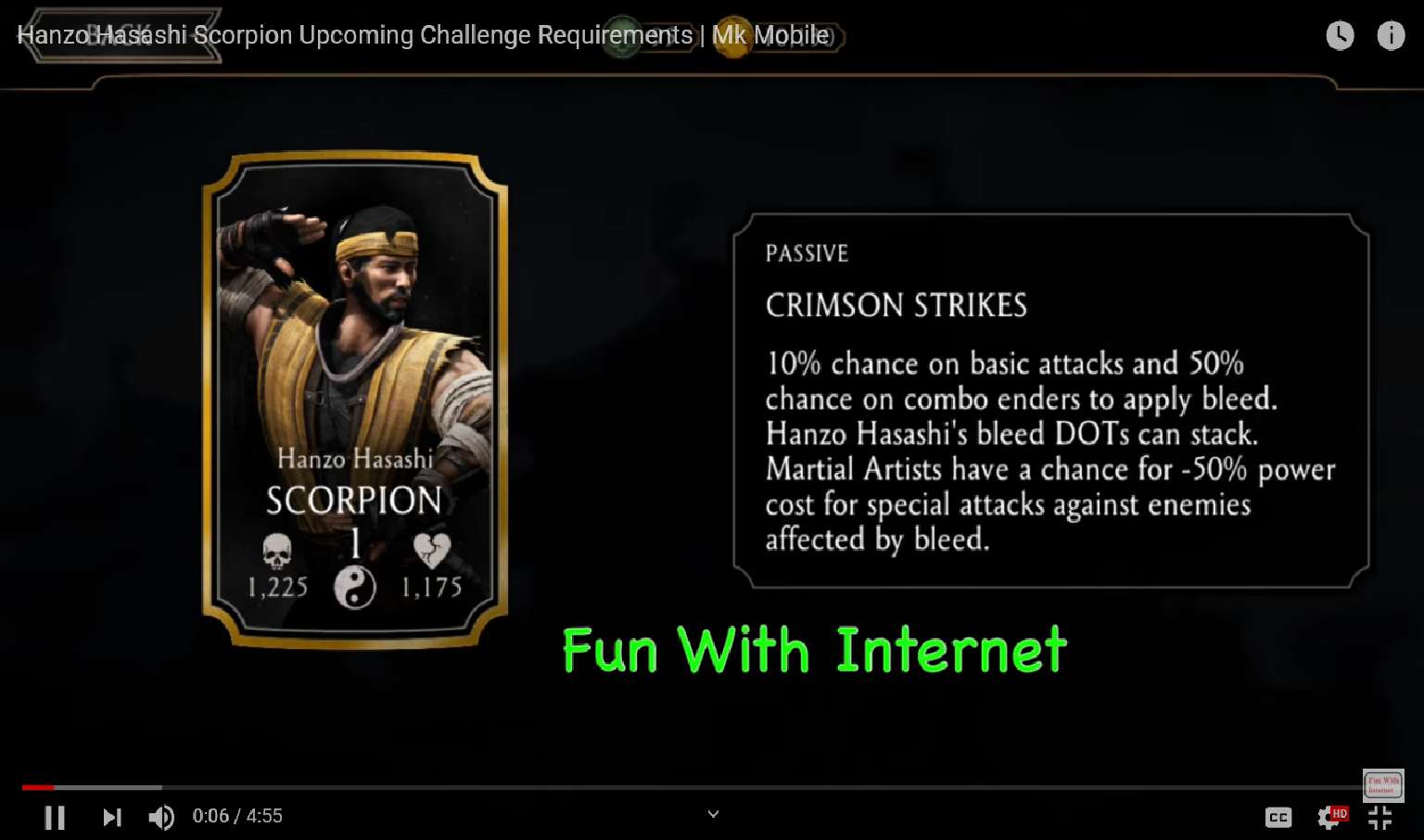 Scorpion as a character needs no introduction. He is co-creator Ed Boon’s favorite character, the face of Netherrealm Studios and has been in all Mortal Kombat games, original Mortal Kombat 3 notwithstanding. But it took until Mortal Kombat X to find out more about Scorpion’s human life.

Scorpion as a character was introduced in the original Mortal Kombat, and his story was that he was a ninja that was killed by the original Sub Zero during a mission. Scorpion entered the Mortal Kombat tournament to get his revenge, and he was successful. But when he heard that Sub Zero was alive, he followed him to Outworld for the second tournament, only to find something odd about this Sub Zero. Realizing that this was not Bi Han, the man who killed him, but Quai Liang, his younger brother, Scorpion promised to watch out, and when possible, protect the younger cryomancer.

Scorpion temporarily joined Shao Kahn in Ultimate Mortal Kombat 3 during his merger of Earth Realm and Outworld, only to find that Kuai Liang was a defender of Earth Realm, and switched sides. Soon after, he was tricked by Quan Chi to believe that Kuai Liang killed his wife and son, only to learn upon defeating Kuai Liang that it was Quan Chi who did so. For this action, Scorpion spends the entirety of Deadly Alliance hunting down Quan Chi, though upon finding him, Scorpion was tossed into a Soulnado, which should have destroyed him. Instead, he was snatched up by the Elder Gods and made their champion, though he was not the one who destroyed Onaga the Dragon King. For this reason, the Elder Gods did not hold up their end of the bargain, and Scorpion joined the Forces of Darkness during Armageddon where he was shown to fight Kuai Liang in the opening.

His history in the Netherrealm timeline is mostly the same; he defeats and kills Bi Han during the first tournament, though he made no such promise about not harming Kuai Liang. Instead, they worked together as Revenants, regaining their human forms during Sonya Blade’s chapter in Mortal Kombat X, which was a flashback to some point between Johnny Cage’s opening chapter and Mortal Kombat X chapter 2.

From there Scorpion, how returning to his birth name of Hanzo Hasashi, rebuilds the Shirai Ryu and has an adventure in the Mortal Kombat  X comic. His next chronological moment in the games is during his Mortal Kombat X where he learns from Kuai Liang that Quan Chi was the one who killed his wife and son. He then kills Quan Chi at the end of his chapter and moves on to his appearance aside Sub Zero in MK11 and during his own chapter in MK11, where the Hanzo version is killed by D’vorah, and the MK3 version of Scorpion takes his place in the story.

The MKX version of Hanzo Hasashi that the Hanzo Hasashi Scorpion card is based on. He uses aspects of all his variations in MKX; his chains, his swords, and his hellfire. And unlike most of his MKX cards, Hanzo Hasashi’s spear attack is slightly different; he uses two instead of the one his others use.

Hanzo Hasashi is available for one week, and his towers are easy ones. His final two towers are unique to him; the first of these requires only marital artist characters, and his second requires gold and diamond characters, making them both easy to complete.

In Gaming Industry Disaster, Electronic Arts Raises The Price Of Its Video Games But Only On Steam