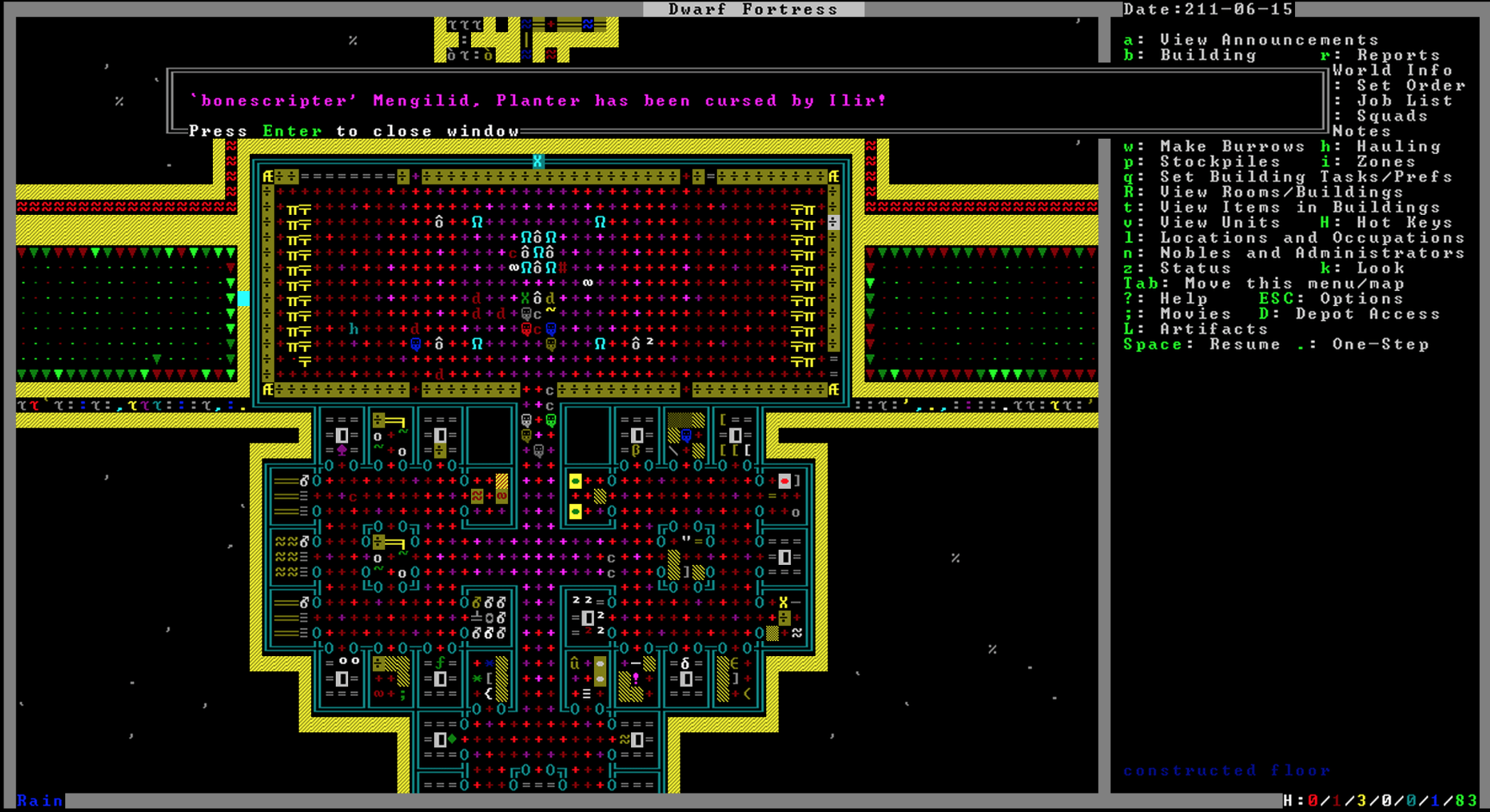 Dwarf Fortress nerds have been all about that fortress for decades now, and it is certainly one of the greatest games of all time although no one is willing to give it the recognition it deserves. The problem with Dwarf Fortress isn’t merely the utter complexity of the entire thing, but also the fact that the game’s visual aspect is empty and meaningless. There’s just nothing there. When the game first came out many years ago, it was a series of lines and stuff.

That is no good. And this was still back when graphics were a thing. (We are not talking about an 80s game here.) That is just too bad because Dwarf Fortress is one of the most rewarding games of all time. But, as it turns out anyway, there is a graphics update in progress for the game, which will make everything much, much easier for the people out there who are hoping to hop on in and play.

What is revolutionary about Dwarf Fortress is that it allows players hundreds of features all crammed into one game. One might imagine such recent favorites like “Rimworld” but with way more options and one extra, more worthwhile feature: There is z-axis tucked in there somewhere.

You might be asking, “What does this mean practically?” Well, as it turns out, in Rimworld you can only burrow into the mountainside but you cannot build your caves into the mountain itself or into the earth. What I mean is there are no floors within the game we know as Rimworld. But in Dwarf Fortress, there are. So it’s like a combination of Minecraft and Rimworld, basically.

This wouldn’t even be that impressive if you couldn’t do literally thousands of things. Every single Dwarf you get be assigned a crazy job: brewer, blacksmith, merchant, miner. If you can think of something an actual dwarf would be doing, then it would be within this game. That’s truly a great thing, and it is what makes Dwarf Fortress particularly amazing. Imagine creating a dwarf town and trading with elves and things. That’s absolutely wild!

So, if this little baddie gets itself a graphics update, then you can imagine it would become something so impossibly powerful that no one would stand a chance against it. So be sure to get out there and download it on Steam if you have never once played this immensely powerful classic. Keep your eyes open, friends.