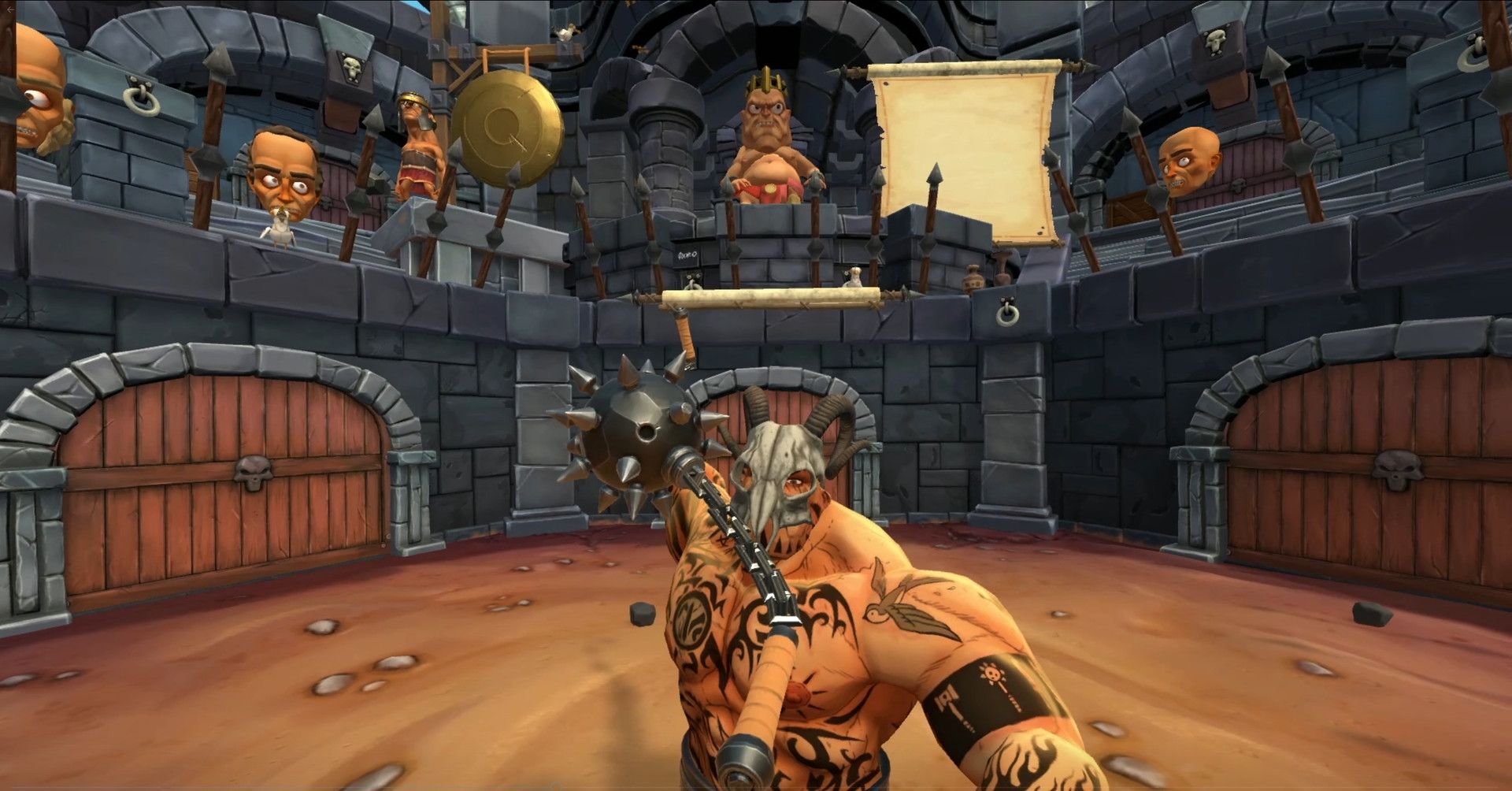 Developer Free Lives, who previously worked on Broforce and Genital Jousting, and publisher Devolver Digital, previously launched Gorn only on PC. Recently, the Gorn team has announced the game has “left the shackles of PC” for launch on PS VR with additional help from 24Bit Games.

Gorn doesn’t have a storyline except to survive in an arena against other combatants. The title is not for the faint of heart. The game is a gladiator simulator featuring a physics-driven combat engine. Combatants can execute the most stunning attacks within virtual reality.

Gorn allows payers to fight an infinite supply of opponents with various weapons, from swords, maces, nunchucks, and more. The team worked extra hard, so players would “feel” the weight behind these objects on VR.

When players need a change from the arena mode, there’s also a Piñata Mode. This mode doesn’t have any of the gore of the arena. Instead, the enemies are made out of paper mâché and release candy.

The game first entered Steam Early Access in 2017 and was well-received by players, even though some players caused real-world damage such as broken screens, light fixtures, and one player dislocated their knee cap. Before playing Gorn, players should ensure they have plenty of room to move around, or they might get hurt – or damage their property.

Despite the injuries, Gorn ranked in the top ten VR games and has an overwhelming amount of positive reviews on Steam.

The Gorn team worked for two additional years adding new content in the game, from new weapons, opponents, and even a custom language. The custom language only exists in the Gorn universe, which amused players to the point that a five-track Hip-Hop EP was released.

Along with the announcement was a PlayStation blog post from Free Lives Producer Adone Kitching. The post goes into depth about how the game was developed and what the developer aimed to create with the unique gladiator simulator.

Gorn is a first-person experience that will throw players into an arena to fight until the bitter end. While players can enjoy it on Steam now, PlayStation VR players can now enjoy the fun. Unfortunately, players on both platforms can’t compete against each other in cross-play, but they can share their experience about the game online or with the developer.

Gorn was first released on Steam in July 2019. It is now available on PlayStation VR.

Jul 3, 2021 Harry Alston 11380
The recent demo of Sable got me thinking about game soundtracks again. There's no denying that the music of Sable is incredibly powerful. Set to the...

Mar 5, 2021 Harry Alston 5840
Loop Hero is Devolver Digital's latest indie offering, and it jumped to the top of the Steam best seller's list on its release day. Developed by...