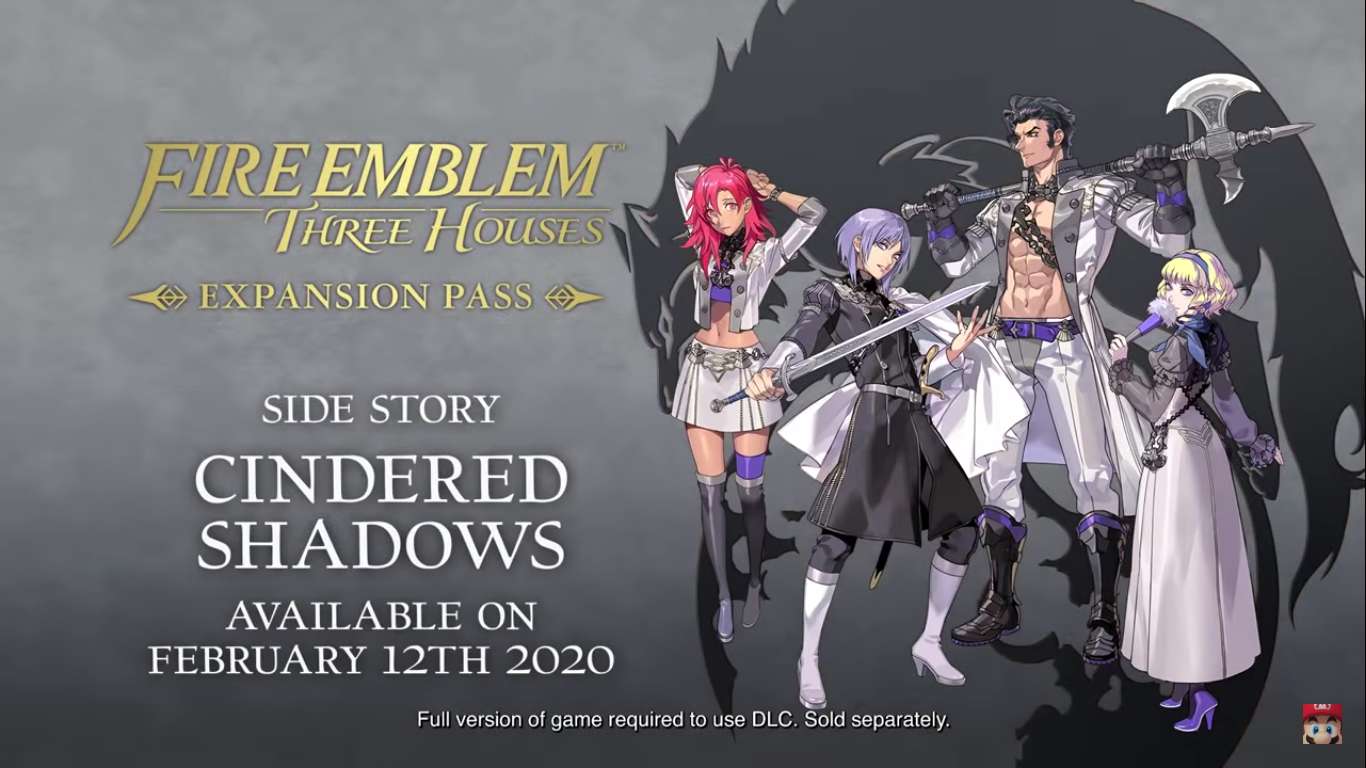 The next DLC patch for Fire Emblem: Three Houses has been revealed. Cindered Shadows takes players into a new story and introduces the Ashen Wolves’ house. This is the fourth wave of DLC content for the game, and with it, the fourth house. A new trailer has gone up, showing off the upcoming content.

The house is made up of Yuri, Constance, and Hapi. Yuri is seemingly their leader and in control of the house. Players will go through a side story where they fight alongside this new and mysterious house while learning more about the Abyss.

The Ashen Wolves are an underground den of Fodlan’s outcasts. They are the monastery’s secret fourth house and debatably one of the most dangerous. This side story can help you freely explore the Abyss and battle, along with the four students of the Ashen Wolves house. New quests, new secrets, and new battles are found beneath the surface of this house.

This fourth house is a self-taught group of bright students. Many of them are former students who have asked Byleth to help guide them as a teacher. The last part of this expansion that has fans talking the most is a Relic. This Relic has appeared in the trailer and has yet to be seen in the main game. It is a pair of Gauntlets, and their power and purpose are still unknown.

The main game followers the story of the three main houses where professors lead students through academic lessons and battlefield exercises. It is a turn-based RPG that takes its own spin of strategic battling and takes it one step further.

It had the honor of being the first time in the series that battalions of troops followed individual units to support them in battle. With a mixture of free roam and mission-based combat, the game gives a beautiful blend of styles seen from previous series installments.

Fire Emblem: Three Houses will be getting Cindered Shadows DLC on February 12, 2020. It is included in the Three Houses DLC Expansion Pass, which is available for $24.99. This DLC expansion is sure to help develop the world and fully embrace a deeper understanding of Fire Emblem.

Feb 3, 2020 Joshua Goodpastor 4810
Today is the third anniversary of Fire Emblem Heroes, and fans came together to receive their yearly update from Nintendo. Fans looked forward to...

Jan 17, 2020 Joshua Goodpastor 7250
The next DLC patch for Fire Emblem: Three Houses has been revealed. Cindered Shadows takes players into a new story and introduces the Ashen...

Nov 12, 2019 Emmanuel Giovanni 12260
Wave 3 DLC for Fire Emblem: Three Houses is the third of four projected expansions for the game. Now it has a ton of new features like quests, new...