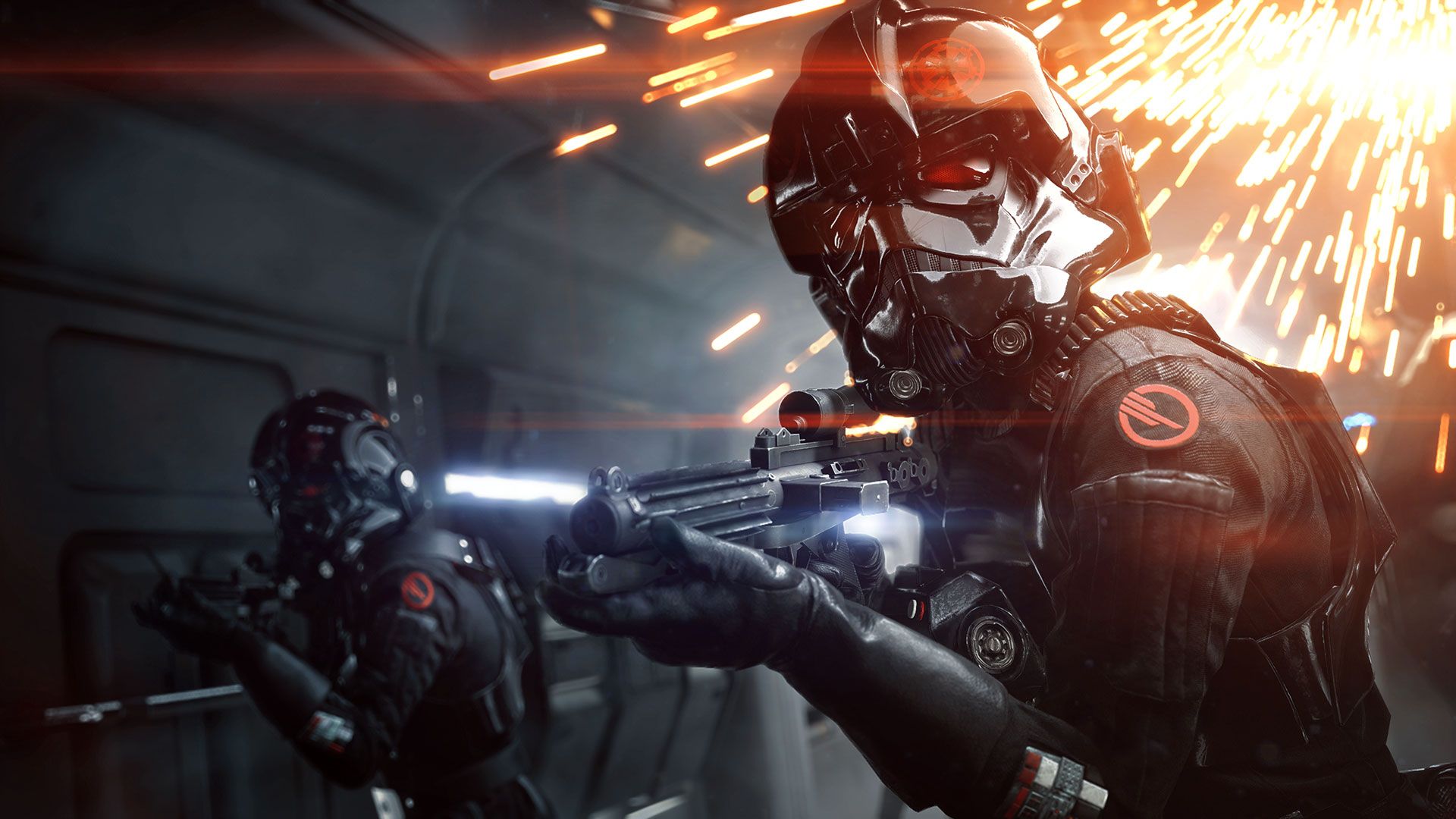 It was announced not too long ago that existing Star Wars characters would show up in season two of The Mandalorian when the show returns to Disney+ this fall. Obviously there’s no shortage of characters to choose from across the many movies, television shows, books, and more. The likely guess would be a secondary character from one of the films.

If the recent casting leak proves true, however, we’ll be seeing a character from a Star Wars videogame show up in live-action for the first time.

The timeline settings of both stories definitely allow Versio to pop up on the show. And this wouldn’t be the first time a Star Wars character originated in a digital universe and made the jump to live-action. Saw Gerrera, portrayed by Forest Whitaker in Star Wars: Rogue One, was initially introduced in the Star Wars: The Clone Wars animated series (albeit much younger). He then appeared in Star Wars Jedi: Fallen Order, which just goes to show that all bets are off when it comes to characters hopping mediums.

When asked about the possible return on Twitter, this was Janina’s response:

Her response doesn’t really indicate one way or another. It could read as her playing coy, but it could also read as her liking the idea and wanting fans to urge producer Dave Filoni to incorporate Versio into the show. She doesn’t deny it, though, which is what’s fueling the fires of fan speculation. It would definitely be a welcome addition to an already great show.

As far as season 2 incorporating existing Star Wars characters, Iden Versio isn’t the only familiar name listed. If the leak proves to be true, fans will get to see Rebel political leader Mon Mothma (curiously portrayed by the actress who played her in the prequels, rather than the actress who played her in Return of the Jedi, which would make a lot more sense) and trandoshan bounty hunter Bossk, portrayed by voice actor Dee Bradley Baker, who voiced the character on Star Wars: The Clone Wars (and will likely just be providing the voice again, as the character is a lizard).

Horizon Zero Dawn Rumored To Be Coming To PC This Year