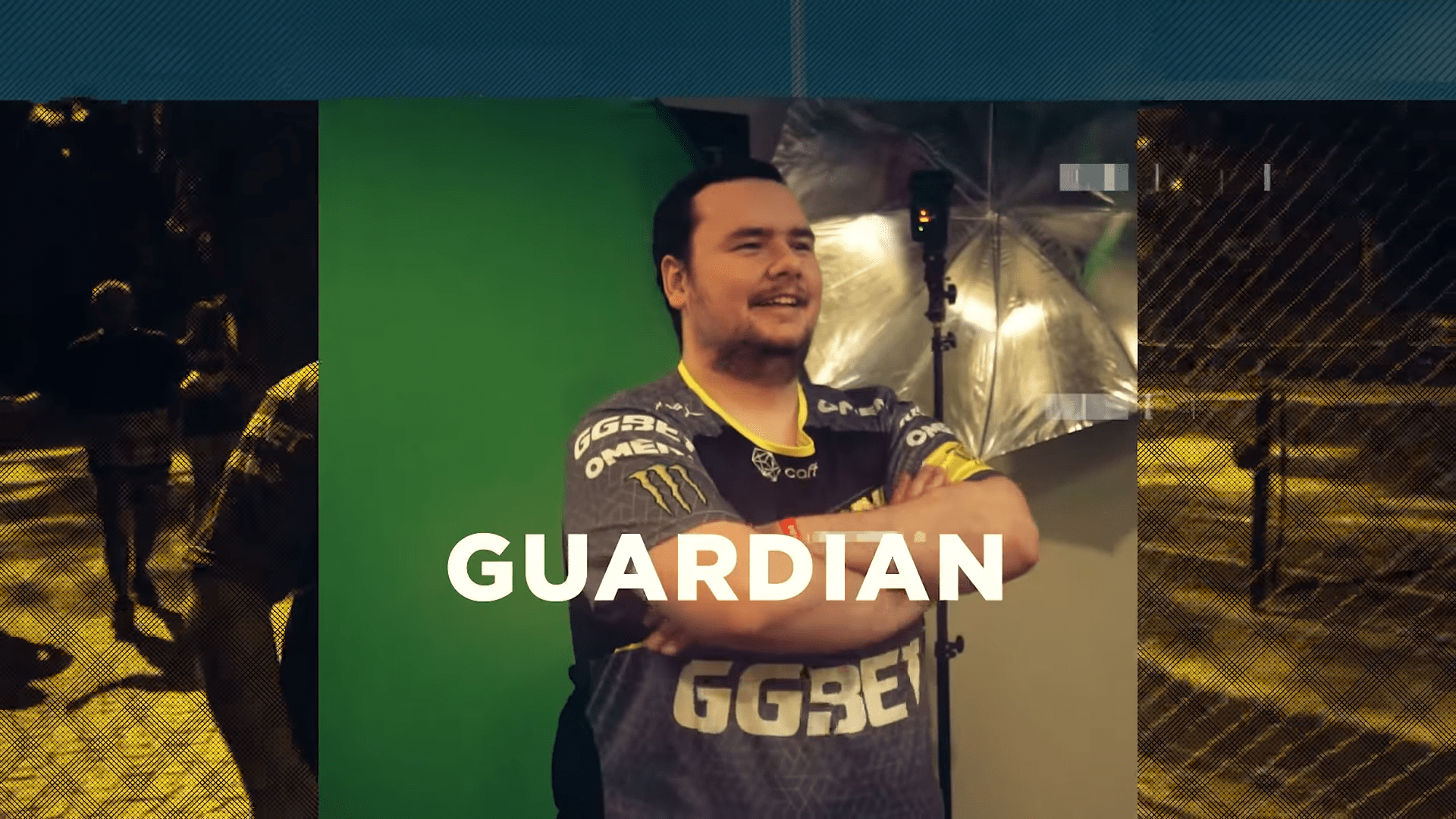 Ladislav “GuardiaN” Kovács is no question one of the elite players of Counter-Strike to ever play the game. With his insane flicks in a split second to his legendary AWP-ing skills, the 28-year is still being hunted down by teams to be their main sniper. GuardiaN is currently playing under Natus Vincere colors, an organization he used to play for and dominate the scene.

Recent reports, however, indicate that the team is pushing the sniper away from its current roster and will soon separate from the group. The Slovakian is not participating in practices anymore at this point. Aleksandr “s1mple” Kostyliev is assuming the AWP weapon, while Rodion “fear” Smyk is filling in for rifling. Fear is part of Na’Vi’s Junior team.

A European CSGO news outlet also proposes that the CIS team might be looking for a young rifler from the same division to lessen the language barrier in the group. Though nothing has been confirmed yet, the squad is supposedly reflecting on its next move pending upcoming significant tournaments.

Kovács leaving will not be the only roster changes Na’Vi has taken in the past few months. After the 5th-8th finish at StarLadder Berlin Major 2019, the team has bid goodbye to its iconic leader Danylo “Zeus” Teslenko, after ten years of service. In place of Zeus, Kirill “Boombl4” Mikhailov was placed to be the in-game leader of the first-person shooter squad.

GuardiaN rejoined Na’Vi four months ago from FaZe Clan. After the superteam failed versus Cloud9’s Tarik-era, both he and Karrigan found new homes in different CS teams. With the AWPer reclaiming his seat, Na’Vi was met with less than expected performances, to say the least.

They failed to place in BLAST Pro Series: Moscow 2019 and finished 3rd-4th in DreamHack Masters Malmö 2019. In their latest venture in EPICENTER 2019, Natus Vincere bowed down to Evil Geniuses in the playoffs with 0-2 scoreline. The CSGO iconic team is in a championship drought going all the way to April 2019 with their StarSeries Season 7 title.

The most consistent players on their lineup at the moment are s1mple and electronic. But the duo’s performance could not propel the European squad to win any more games without GuardiaN’s S-tier AWP-ing talents. With this in mind, the eSports organization is thirsty for titles and consistency among other players to help the 2018 best player of CSGO.

In less than two weeks, Na’Vi will participate in BLAST Premier: Spring 2020 Regular Season and will face team Vitality first. Coming to February, they were also invited to ICE Challenge 2020, where the team will face the likes of Virtus.pro, Heroic, and ENCE.

HLTV.org’s annual list of the top 20 CS players revealed that electronic claimed the 6th place. Na’Vi’s simple, as mentioned, was the best player of 2018 and is expected to hit anywhere in the top 5 players in the world. Unfortunately, GuardiaN is not favored to place in the said ranking.

Aug 13, 2020 Chris Miller 3280
The partnership between Saudi Arabia's newest outlandish project of the 'utopic city' of Neom and BLAST/RFRSH Entertainment has come to an end...

Jul 31, 2020 Chris Miller 7480
Hundreds of thousands of people cheered when League of Legends European Championship reneged on their deal with Saudi Arabia fourteen hours after...

Jun 7, 2020 Chris Miller 3850
After the absolutely fantastic match of Vitality against NiP in BLAST Premier, the fans and casters were more than primed for yet another colossal...