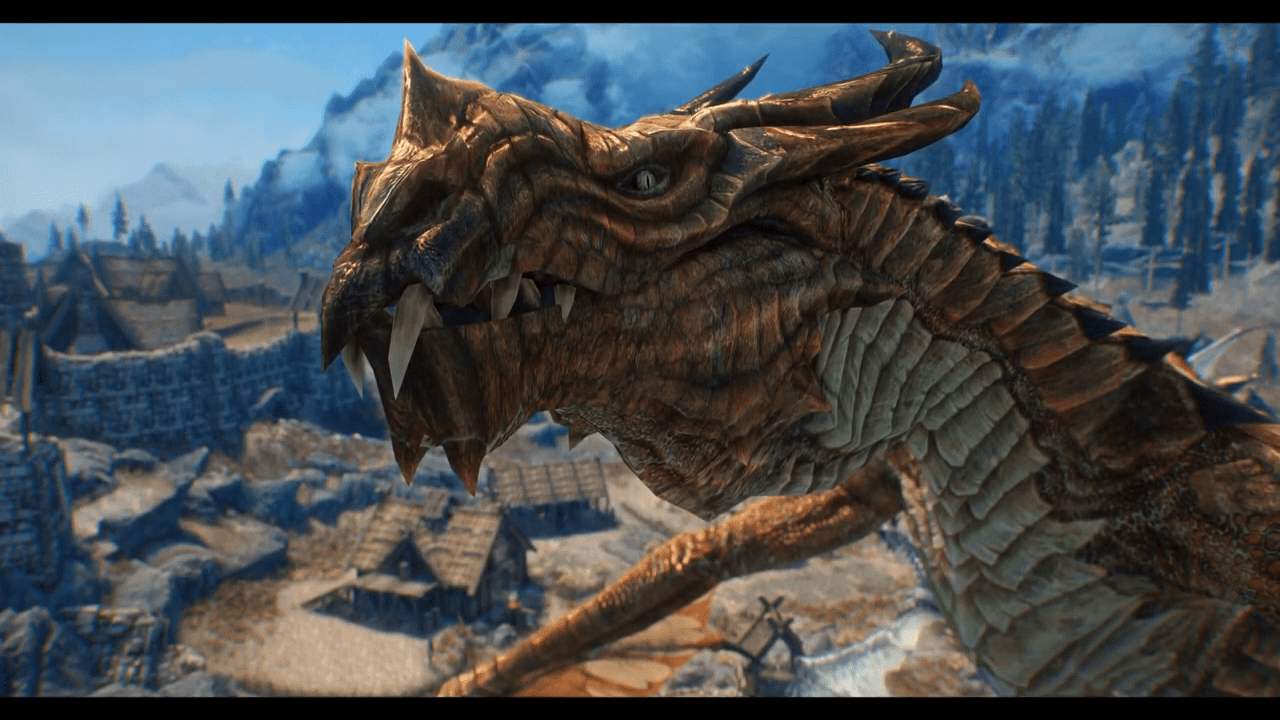 If you’ve played the Elder Scrolls 5: Skyrim recently, you’d know that the game has begun to show its age. Even the newly revamped Special Edition lags behind other modern AAA games both in gameplay and graphics.

Skyrim has something those new games don’t however, partly thanks to its dedicated community, and partly due to Bethesda’s inclusion of the creation kit. Modders everywhere post their creations on a website called the Nexus, and each week I showcase a few outstanding files here.

This week, we’re starting off with a graphical enhancement for one of Skyrim’s fiercest foes- the dragons. HD Reworked Dragons Collection 4K by Halk Hogan PL is one of the most visually impressive dragon retextures out there. It is also unique by keeping the style of the vanilla game, just improving on it significantly.

The mod includes dragons from both the base game and all DLC, meaning it works with the new types introduced in the Dragonborn add-on. The author has taken great care to make the mod performance-friendly, although it still might cause some lag on very low-end PC’s.

The next showcase this week is a housing mod called Whiterun Safehold. The mod created by Lazz was uploaded on the 23rd of May, and includes a small castle for the player to call their own.

The interiors are extremely well done, and with the use of other mods like Hearthfire multiple adoptions, players will have plenty of room to house their entire family here. It has a ton of rooms and features, including all of the crafting tables and enchantment stations you could hope for.

Hey all! The Tale of Tsatampra Xiros Player home is out! Catch me greeting you in your new home as the Antiquarian and Hermaeus Mora himself! https://t.co/MNhqVXQ6qu

The final mod features challenging fights, interesting lore, and an extremely unique player home waiting at the end. However, it is not for the faint of heart, as you have to gain the favor of the daedric prince Hermaeus Mora. The Tale of Tsatampra Xiros by SlimeSire is a new mod taking the Nexus by storm thanks to its unique visuals and story. The mod’s description reads.

“A skewed and surreal world awaits, contained within the pages of the Tale of Tsatampra Xiros.

Battle your way through the fragmented memories of Hermaeus Mora’s rogue acolyte – Tsatampra Xiros. The pages of his chronicle are populated with distorted visions of himself, his fellow acolytes, and the terrifying creatures he consorted with. And somewhere, nestled in the heart of the Tale, Xiros himself awaits you…”

That about wraps up the mods for this week. Make space in your load order and try some of them out. If none have caught your fancy, a new showcase comes out each week, so be sure to tune in next Friday for more.