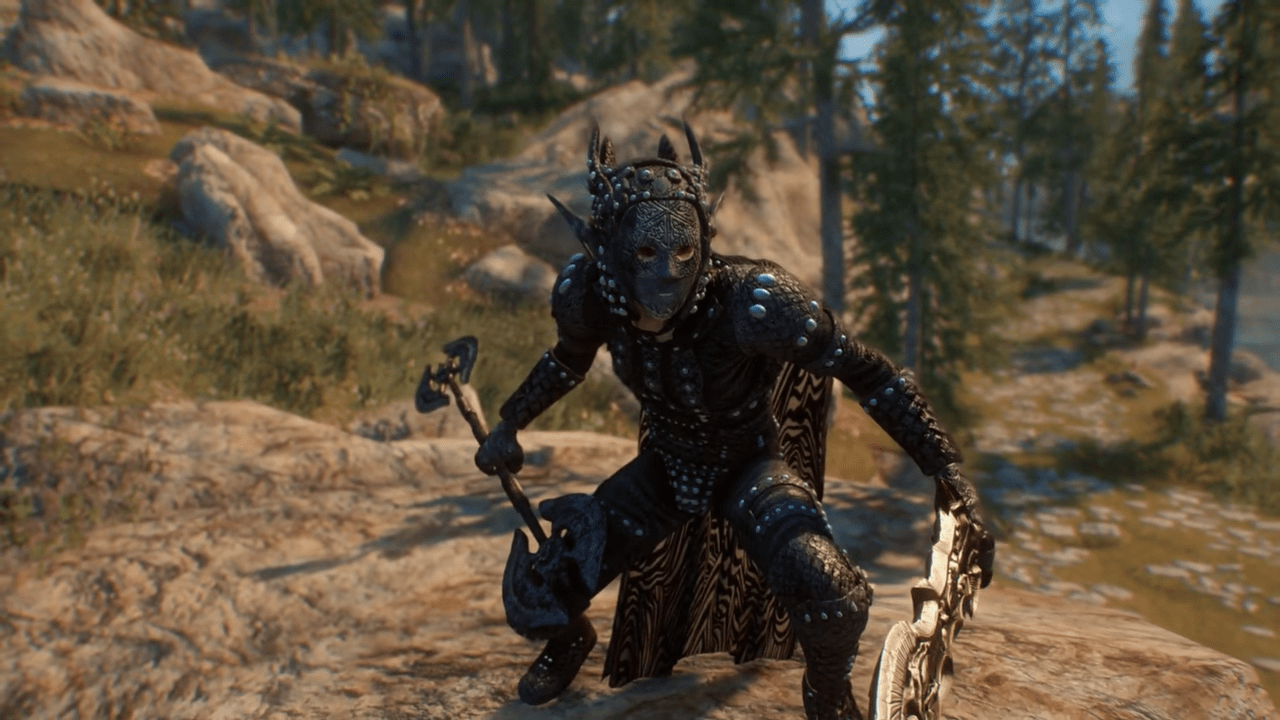 In the Elder Scrolls 5: Skyrim, the modding community stays hard at work creating new content for players to enjoy. The hub website of these mods called the Nexus hosts creations ranging from armor retextures to entire gameplay overhauls. Each week, a select few mods are handpicked to showcase that are some of the best of the best.

To start off this week, Elven Death Knight Armors Collection HDT SMP SE by THBossGamer is a gorgeous armor pack introducing three new male armors into the game. All sets are craftable and color customizable, giving even more variety to what your character can wear.

Additionally, two new weapons are included in the pack as well. All of the items are beautifully crafted and extremely high quality. The mod is available for both SE and LE and works for the vanilla body type.

If you’ve played through Skyrim more then once, you’ve probably experienced several run-throughs of the Bleak Falls Barrow dungeon. This is a vital quest step in the main storyline and can get repetitive after your second or so playthrough.

Mod author Cooleoj attempts to rectify this with Bleak falls barrow – Revisited. This mod completely transforms Bleak Falls Barrow into a proper dungeon, with twists and turns. One of the most impressive additions is new ways to clear the dungeon. The author estimates to have added in 10 new rooms and 25 different ways to complete the dungeon.

The goal of the mod as stated in the description reads, “Dungeons and ruins in Skyrim are generally underwhelming in my opinion. They are way too straight forward and made to be easily traversed. Exploration isn’t a thing as there is only one path.

That isn’t fun in a game primarily about dungeon delving. Dungeons should be challenging, confusing, and interesting. Bleak Falls Barrow is a famed and mysterious place for the inhabitants in the surrounding area but then when the Dragonborn visits it’s not that interesting. It should be.”

The final showcase this week is a series of NPC overhaul mods created by Pandorable. The newest of released on June 3rd titled Pandorable’s Lethal Ladies. This mod changes the two dark elf NPC’s Jenassa and Karliah to be much more aesthetically pleasing.

Like all mods in the series, this mod only changes the characters from the neck up. This allows for maximum compatibility with other body and skin mods players might have installed. This mod is also available for both legendary and special editions.

There seems to be no end to the creativity and dedication of Skyrim’s modding community, especially when it comes to bringing the graphics of this game into the next generation. Next week brings with it a host of new mods to enjoy. Make sure to clean out your load order in preparation.

Jan 12, 2021 Harry Alston 4270
With an announcement earlier this week from Lucasfilm Games that they were breathing new life into their brand, hopes were high for another Star Wars...

Dec 27, 2020 Aaron Hans 13591
After being released in December of last year, The Witcher quickly became an overwhelming success for Netflix, and they're rumored to be turning...