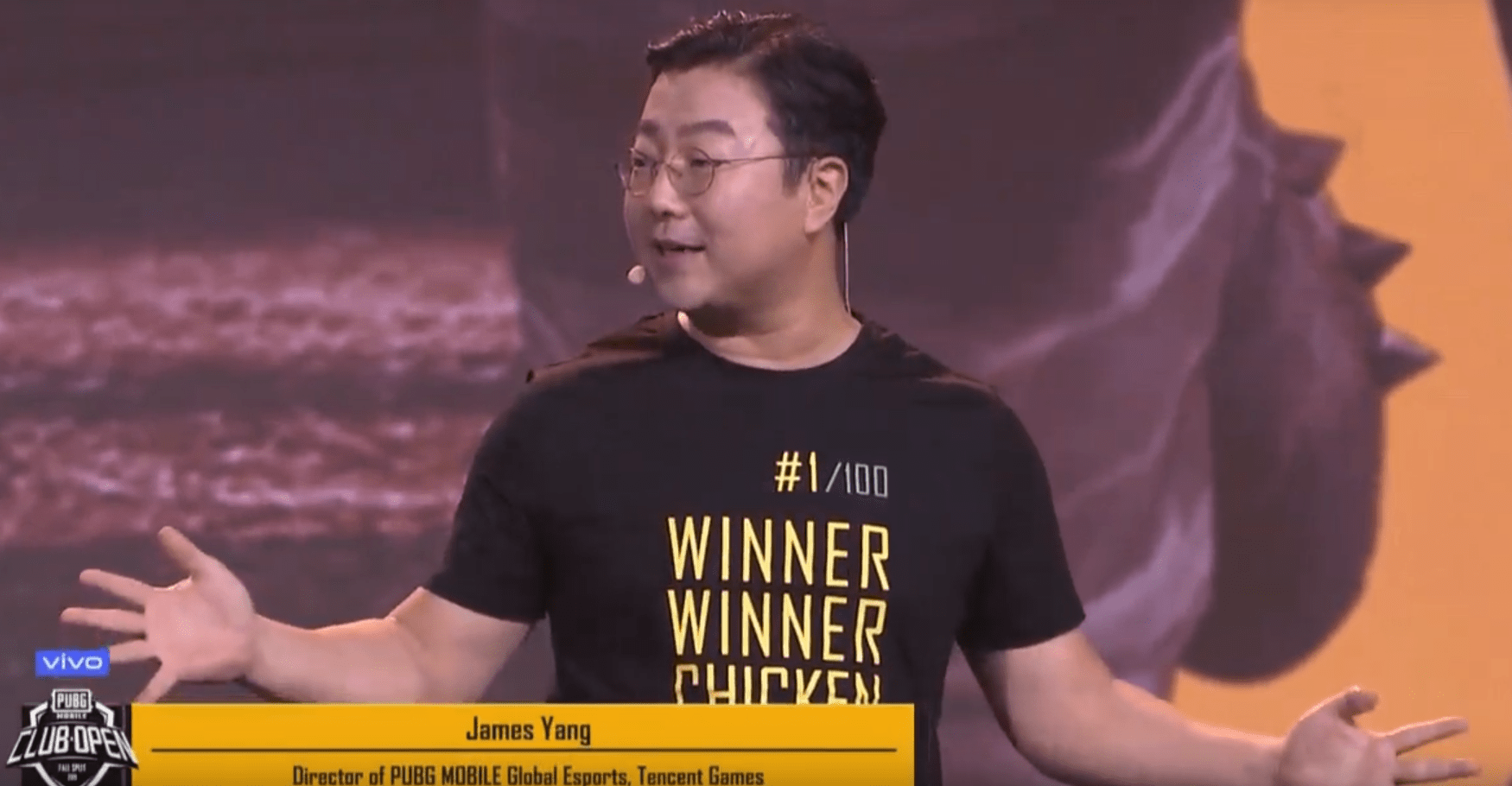 His speech is around the 54-minute mark of the stream:

The only information the public has to go on right now is what he said during his speech.

2020 will feature Pro Leagues in multiple areas including South East Asia, South Asia, and the Americas. That means that Malaysia, Thailand, Indonesia, and Vietnam will all get Pro Leagues.

There will be regional tournaments held throughout these global areas. In the countries competing, there will be something for the amateurs as well. They can take part in Campus tournaments to win rewards, but more importantly, gain experience to make it to a Pro League.

After a season worth of PUBG Mobile action, the 2020 Esports season will end at the PUBG World Championship, with the best players from these areas facing off for the ultimate prize.

The prize pool for 2020 PUBG Mobile esports has doubled this year’s pool. $5 million USD will be up for grabs for amateurs, semi-pros, and the pros. Yang didn’t say how the money would be allocated, but one would think that the money will be sprinkled in throughout the season at these regional tournaments and campus events.

That’s about all the PUBG Mobile esports community knows about the impending 2020 season. Registration will be open earlier this year,
in January, for the PMCO 2020 season.

The PMCO 2019 Global Finals wrapped up today, and it has crowned a new champion! Indonesia’s Bigertron Esports won glory and the $180,000 first-place prize.

They defeated 15 other teams in the Grand Finals with their superior PUBG Mobile prowess.

PUBG Mobile has taken off since it’s launch in February of 2018. It’s followed the free to play model that the actual PUBG has, and features some of the most exciting Battle Royale gameplay of any game.

The expansion of the PUBG Mobile esports season for 2020 and the doubling of the prize pool is a massive indicator that this game is truly global. It faces fierce mobile competition in the way of Fortnite Mobile and Call of Duty Mobile, but it has been able to carve out its own space in the market.